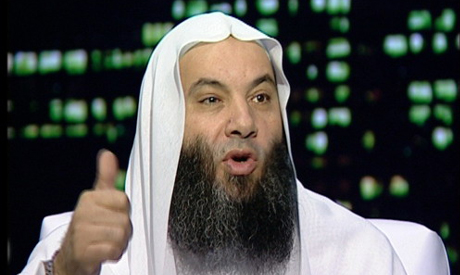 The Muslim Brotherhood’s weekly statement claimed that the United States has spent over $105 million since the revolution on “destroying Egypt and its society.” The statement quoted Minister of International Cooperation Fayza Aboul Naga’s court testimony in the case against American-funded NGOs, in which she accused the U.S. of using democracy assistance to destabilize Egypt and promote American and Israel interests.

1) Parliamentary Affairs and Local Development Minister Mohammed Attiya said that the presidential elections will begin at the end of May, after the period for nominations opens on March 15. [al-Ahram, English, 2/15/2012]

2) A majority of members of the SCAF-appointed Advisory Council have agreed that the presidential elections only take place after the ratification of the new constitution by popular referendum.  [al-Masry al-Youm, English, 2/15/2012]

3) U.S. State Department Spokeswoman Victoria Nuland said that the U.S. Embassy in Cairo had received the formal charges against American citizens indicted in the investigation of NGOs operating in Egypt. [State Department, 2/14/2012]

4) On February 13, Senator Rand Paul delaying a Senate debate over a two-year transportation bill to demand a congressional vote on his proposed amendment suspending Egypt’s $1.3 billion in military aid for 30 days. [Politico, 2/13/2012]

5) Senator John McCain, chairman of the International Republican Institute (IRI), will arrive in Cairo on February 20 to meet with the SCAF. [al-Ahram, English, 2/15/2012]

6) Following his visit to Cairo this week, Gen. Martin Dempsey said he pleaded with the SCAF to resolve the crisis with Washington over the crackdown on American-funded NGOs. In testimony before the Senate Armed Services Committee on February 14, Dempsey said, “I spent about a day-and-half in conversation with them, encouraging them in the strongest possible terms to resolve this so that our military-to-military relationship could continue … I am convinced that potentially they were underestimating the impact of this on our relationship. When I left there, there was no doubt that they understood the seriousness of it.’’ [AP, English, 2/15/2012]

7) The Muslim Brotherhood’s weekly statement claimed that the United States has spent over $105 million since the revolution on “destroying Egypt and its society.” The statement quoted Minister of International Cooperation Fayza Aboul Naga’s court testimony in the case against American-funded NGOs, in which she accused the U.S. of using democracy assistance to destabilize Egypt and promote American and Israel interests. [al-Shorouk, Arabic, 2/15/2012]

8) Salafi preacher Mohamed Hassan has called for the replacement of the $1.3 billion annual US military aid to Egypt with local donations. Hassan explained that his initiative is a response to American “humiliation” of Egypt. "If America wants to cut military aid, very well; Egypt isn’t less than Iran which is self-dependent when it comes to producing its own military equipment,” Hassan said in a televised interview.   [al-Ahram, English, 2/15/2012]

9) The Brotherhood’s Freedom and Justice Party criticized a new proposal by the prominent Salafi sheikh Mohamed Hassan to replace US aid with donations from Egyptians in the country and abroad. FJP President Mohamed Morsy said any talk about alternatives to the aid could impede the establishment of the state’s constitutional institutions. [al-Masry al-Youm, English, 2/15/2012] [al-Shorouk, Arabic, 2/15/2012]

10) A draft law that would allow government officials to be tried in court was presented to Parliament speaker Saad al-Katatny on Wednesday. The draft law, proposed by Head of the Free Egyptians Party  Ahmed Saeed, stipulates that the vice president, prime minister, cabinet officials and governors and mayors of important cities could all be tried. Saeed said that this law is necessary because the March 30 constitutional declaration does not include provisions for trying public officials. [al-Masry al-Youm, English, 2/15/2012]