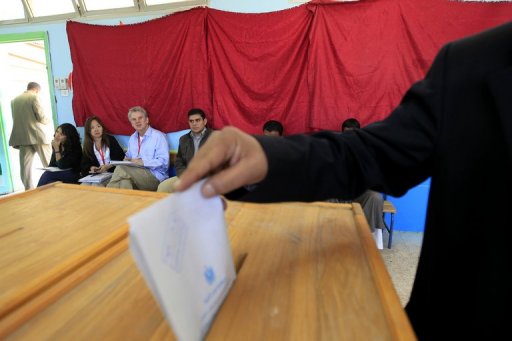 International election observers have not received the documents they need to be witnesses, according to Sanne van den Bergh, field office director at the U.S.-based Carter Center. The delayed documation is preventing the Carter Center from observing the full spectrum of election activities, including candidate registration and campaigning.

Foreign observers of Egypt’s first real leadership contest will be unable to say whether the process is free and fair because their movements are being restricted by election authorities, one of the groups supposed to be monitoring the vote said. The monitors are unable to do their job because a state election committee has still not issued the badges it requires observers to display when attending campaign rallies, doing research among voters or monitoring the actual vote. The SPEC has also toughened rules under which the monitors can operate, including banning them from making public statements until the results are announced, said van den Bergh. It was not clear if that meant the monitors must remain silent until June 21 when the results of a run-off vote are due to be announced.

On eve of elections, zabaleen – Cairo’s informal garbage collectors – keep fingers crossed for leftist president sympathetic to their ongoing plight. In post-revolution Egypt, levels of trepidation have risen within this Coptic community, given the recent Islamist political landslide. With the presidential elections scheduled for the end of May and the second phase in mid-June, the zabaleen are closely examining each of the candidates’ electoral programmes. This is not obvious from the surroundings, where few campaign posters or political slogans are visible; instead, religious icons and images of late Coptic Pope Shenouda III are displayed throughout the area. The rise of sectarian violence after the revolution in the area and its environs has further amplified fears of an Islamist president seizing power. The desperate need for security is often reflected in the zabaleen’s political affiliations.

Hundreds of temporary employees at the new Assiut Cement Company in Upper Egypt on Wednesday lit palm trees on fire along a road and railway in protest, stopping traffic on the Assiut-Cairo Highway and the railroad crossing near Menqebad village on the road leading to the company. The workers had staged a sit-in to push for a profit-sharing agreement similar to those enjoyed by their colleagues in Helwan and Alexandria, and permanent employment for temporary workers.

The Doctors Syndicate called on its members and local branches across the country to protest in front of major hospitals and the syndicate headquarters in Cairo against a government budget proposal that allocates less than 5 percent of spending to the health sector. A fiscal year 2012/2013 budget proposed by the Finance Ministry would grant 4.8 percent of spending to health, compared to 17 percent in fiscal year 2011/12 and falling far short of the syndicate’s calls for at least 15 percent. The Syndicate’s statement called on medical employees to stage hour-long protests on 20 and 27 May, and said it would send a delegation to meet with People’s Assembly and Shura Council members on Monday to discuss the issue.

The People’s Assembly on Tuesday reached an agreement that could facilitate the re-formation of the assembly that will draft the constitution, after the previous body was suspended, parliamentary sources said. People’s Assembly Speaker Saad al-Katatny tasked the Constitutional and Legislative Affairs Committee with preparing a report that sums up the agreed-upon criteria for choosing the new body. The decision to entrust the legislative committee with preparing that guidelines came after intensive discussions inside Parliament and within the Freedom and Justice Party to resolve the problem. According to a copy of the draft report obtained by Al-Masry Al-Youm, the majority of participants agreed on the need to have all segments of society represented in the Constituent Assembly, despite differences on the relative weight to be given to each. The report mentioned 23 representation categories, including 10 constitutional experts, five members of judicial institutions, five members of Al-Azhar and four Coptic church members, 10 women, 10 members of professional syndicates and labor unions, and two farmers.

Independent MP Amr Hamzawy submitted papers to found a political party called Freedom Egypt to the parties’ affairs committee on Tuesday. Hamzawy told Al-Masry Al-Youm that he submitted 5,400 signatures, most of which are from Upper Egypt and the Delta. Hamzawy said he seeks to consolidate the principle that this homeland belongs to Muslims and Copts alike, and that building it is the responsibility of all citizens. Despite being a co-founder, Hamzawy said he will not be the party chief or assume any other executive post, being occupied with work in the People’s Assembly.

Islamist MPs caused a stir in Egypt’s Parliament on Monday by declaring that a $200 million World Bank development loan is against Islamic law. Several Islamist parliamentarians used the afternoon session to blast the international loan, aimed at Egyptian sanitation projects, saying interest payments to the World Bank qualify as ursury, a concept forbidden in the Quran. While some Islamist MPs entirely rejected the World Bank deal, others such as Magdi Qurqur, deputy head of the Parliament’s housing committee, said religious guidance may be required. The World Bank loan is aimed at providing some 1.2 million people in the governorates of Menoufia, Sharqiya, Assiut and Sohag with better access to sanitation and sewage services.

Security forces have thwarted an attempt to smuggle a large number of weapons into the Mediterranean resort of Marsa Matrouh. The harbors department arrested a Libyan national who allegedly tried to smuggle two submachine guns, eight machine guns, and ammunition. This is the fourth weapons seizure in that area in less than a month. Two days ago, security seized five anti-aircraft guns, three machine guns, 173 rounds of ammunition and two Lee-Enfield rifles in a bid to encourage people to turn in unregistered weapons. The Interior Ministry said police had previously discovered 40 ground-to-ground missiles and 17 rocket-propelled grenades, in addition to other weapons.