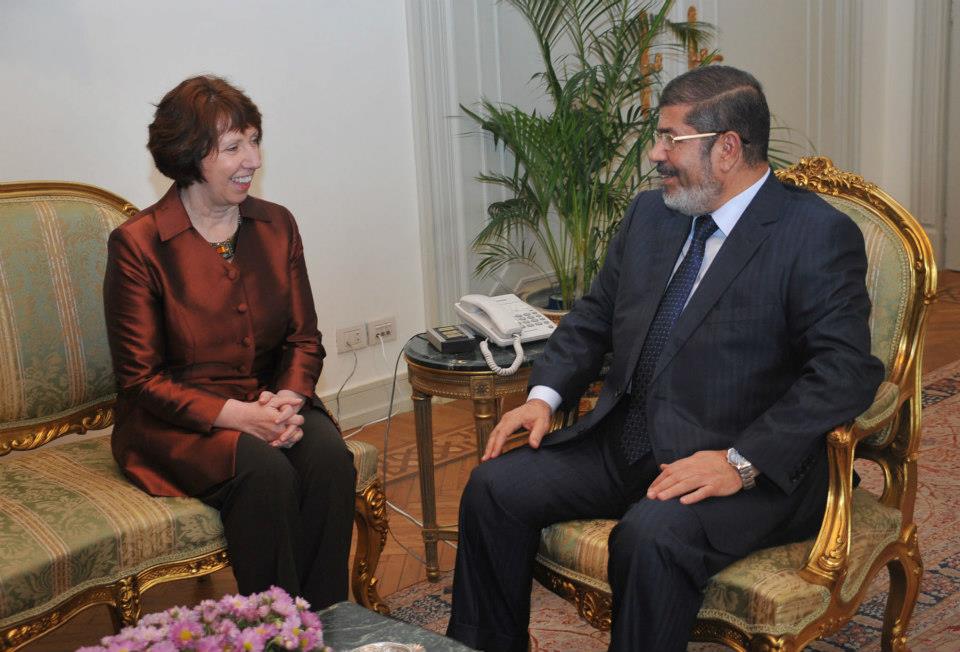 Conflicts broke out Tuesday during a meeting of secularists and liberals on the Constituent Assembly, as a number of members threatened to withdraw.

Constitution Party: No talks with NDP leaders and icons
Emad Abu Ghazi, the general secretary of the Constitution Party, issued a statement on Tuesday denying any alliance between the party and the leading figures or former members of parliament of the former National Democratic Party (NDP), the now defunct party of former president Hosni Mubarak. Ghazi’s statement came amid a controversy following statements by prominent liberal and Constitution Party founder Mohamed ElBaradei, who stated during a recent public meeting in Aswan that not all NDP members are corrupt. [Ahram Online, Egypt Independent, 11/13/2012]

Constituent Assembly members threaten withdrawal
Conflicts broke out Tuesday during a meeting of secularists and liberals on the Constituent Assembly, as a number of members threatened to withdraw. Sources reported that former presidential candidate Amr Moussa, Wafd Party head Al-Sayed al-Badawy and constitutional law professor Gaber Gad Nasser were among those who threatened to withdraw from the assembly. Participants in the meeting decided to freeze their membership and submit their demands to President Mohamed Morsy so that he would be politically responsible, the sources added. [Egypt Independent, Ahram Online, DNE, AMAY (Arabic), 11/14/2012]

Misr Petroleum officials charged with smuggling subsidized oil products
Public Prosecutor Abdel Meguid Mahmoud on Tuesday referred six current and former officials of Misr Petroleum in the Suez Canal zone and Sinai to a criminal court, charged with smuggling subsidized oil products worth more than LE110 million, which is the difference between the subsidized price and the market price. The Administrative Control Authority in Suez said in a report that the accused have been passing diesel and petrol to smugglers in the Wadi Maghara district of North Sinai to sell on the black market in Gaza for seven years. [Egypt Independent, 11/14/2012]

Qandil: New govt plan will abandon trickle-down policies
The Egyptian economy is expected to grow by between 3.5 to 4 per cent in 2012/13, Prime Minister Hisham Qandil said on Tuesday. The economy is also expected to grow by 4.5 per cent in 2013/14, Qandil told reporters as he presented the cabinet’s first report of its work in the last three months. Qandil also unveiled the government’s plan of action for the next ten years, shrugging off critics who say the government does not have a vision. In his speech, the prime minister spent some time highlighting the main aspects of the plan and the government’s achievements since its appointment in September. [Ahram Online, 11/13/2012]

EU allocates 5 billion euros to support Egyptian economy
The European Union has announced its approval for a two year, 5 billion euro support package for the Egyptian economy from EU financial institutions. The announcement, posted by presidential spokesperson Yasser Ali on Facebook, came after a meeting between President Mohamed Morsy and Catherine Ashton, the EU’s high representative for foreign affairs and security policy. Ali said in the statement that the institutions contributing to the package are the European Investment Bank, which would offer 2 billion euros, the European Bank for Reconstruction and Development with 2 billion euros, and other European countries would provide one billion euros. [Egypt Independent, DNE, 11/14/2012]

Egypt: PM: LE 46 Billion Worth of New Investments
Following the inauguration of four new projects in Beni Sueif, Prime Minister Dr. Hisham Qandil announced on Monday 12/11/2012 that the government has managed to attract investments worth LE 46 billion from 18 states. He said 180 factories were built during the past three months, adding these factories whose investment value is LE 8 billion, will provide 30,000 job opportunities. He said exports increased by 16% last September. [SIS, 11/13/2012]

Rocket fired from Sinai hits Israel: security source
A rocket fired from the Egyptian Sinai on Wednesday landed in southern Israel without causing any injuries, an Israeli security source told AFP, speaking on condition of anonymity. "A rocket was fired from Sinai towards Bnei Netzarim … without causing any injuries," he said, referring to a small community close to the Egyptian border and some five kilometres (three miles) from the southern Gaza Strip. [AFP/Ahram Online, 11/14/2012]

Rights centre demands transparency on IMF loan
A hearing was held for a case demanding the government publicise the conditions of the International Monetary Fund loan on Tuesday in front of the Administrative Judiciary. Malek Adly, one of the lawyers of the centre that filed the case, the Egyptian Centre for Economic and Social Rights, claimed the loan will affect the prices of housing and goods, as well as exchange rates. ECESR lawyer Mohamed Mostafa, who attended the session today, said the centre requested the government disclose the national economic plan and disclose all conditions the IMF will impose on Egypt if the loan is taken out. [DNE, 11/13/2012]

Ministry of Foreign Affairs cancels invitations to advocacy groups
Two days ago, the president excluded such groups from a meeting he convened with “civil society” groups. Most recently, a number of Egyptian, European, and international human rights groups were invited to a joint meeting of the Egyptian-European Task-Force meeting, scheduled to begin today, yet the invitation was suddenly withdrawn before the meeting with no reasons being provided.  It has come to the attention of the undersigned organizations  that the Foreign Ministry intervened to cancel the invitation extended to organizations they did not wish to see in attendance, although it did not withdraw the invitation sent to European, international and other more “acceptable” Egyptian rights groups. [Joint Press Release/EIPR, 11/13/2012]

Leaders of independent metro workers’ union summoned by police
Refaat Arafat, head of the independent trade union for Shubra al-Kheima metro workers, said he was summoned by security forces Wednesday on charges of hindering work, along with Bahaa Motawei and Ibrahim al-Sayyed, members of the union’s executive board. According to a statement from the Center for Trade Union and Workers’ Services, Arafat said the metro workers’ intention to strike was announced a week ago. He added that he and his colleagues exercised their rights as provided by the law and international agreements. He warned that the metro workers would go back on strike if he or his union colleagues were harmed by police. [Egypt Independent, 11/14/2012]

Morsy, Ashton discuss Palestinian and Syrian issues
President Mohamed Morsy met Wednesday with Catherine Ashton, high representative of the European Union for foreign affairs and security policy, at the presidential palace in Heliopolis, where they discussed Palestinian issues and ways of resolving the Syrian conflict without foreign intervention. The meeting also tackled ways to increase cooperation among Egypt and the European Union in fields such as tourism and investment, as well as regional and international issues of joint interest. [Egypt Independent, DNE, 11/14/2012]