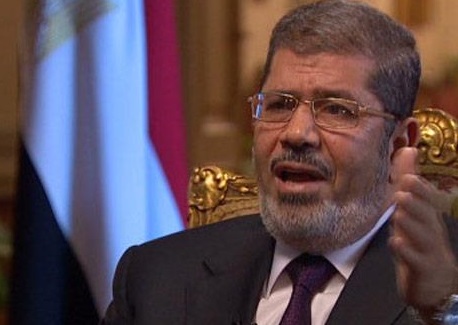 Egypt said on Monday it was withdrawing from a second week of Non-Proliferation Treaty (NPT) talks in Geneva in protest at what it called the failure to implement a 1995 resolution for a Middle East free of nuclear weapons. That was an implicit reference to Israel which neither confirms nor denies having nuclear arms and is not a signatory to the NPT.

Egypt president says no more selling of public companies
Egyptian President Mohamed Morsi said on Tuesday in light of Labor Day celebrations that the government will halt its privatization policy and will not sell any more public companies. “There will be no more selling of the public sector,” Morsi told workers in Helwan in a televised speech on Tuesday. [Aswat Masriya, 4/30/2013]

Minister of Industry announces 20,000 new jobs
Hatem Saleh, minister of industry and foreign trade, announced 20,000 new jobs in the textile, food, chemical, engineering, and agro-processing industries. He also noted that the presidency is paying particular attention to economic issues concerning the country, instructing the government to visit production areas to assess and offer quick solutions to the problems factories are facing. He added that the government is serious in implementing its economic reform program, and soon will begin in productive projects provide more job opportunities. [Shorouk (Arabic), 4/30/2013]

Information Minister sparks controversy in Kuwait
Minister of Information Salah Abdel Maqsoud flew to Kuwait on Sunday to take part in the tenth Arab Media Forum. A number of journalists reportedly withdrew from the Forum during Abdel Maqsoud’s speech, rejecting his statements regarding Al-Husseiny Abu Deif, who died in December clashes at the Presidential Palace. Abdel Maqsoud said Abu Deif was supporting the Muslim Brotherhood during the clashes. Abdel Maqsoud also made statements about media in Egypt that stirred controversy among social media activists, who staged a virtual protest against the minister on Twitter. Several activists sent information regarding verbal sexual harassment on the minister’s part to the Forum’s official account. [DNE, 4/29/2013]

State Council employees occupy courts
Striking employees have occupied courts at the State Council in Cairo to demand better working conditions and higher wages. The court’s security personnel are at the scene but they have not intervened so far. [Ahram Online, 4/30/2013]

SCC looks at appeal over powers of president
The Supreme Constitutional Court is scheduled on May 12 to hold its first hearing in one of two cases challenging the constitutionality of article 3, paragraph 1, of the emergency law 162/1958. The law states that the president may decide when to call a state of emergency and take appropriate steps to keep the peace and maintain public order, restricting the right of association, movement, and residence during specific times in specific places, and allowing the arrest and detention of suspects, and searches of individuals without the need to follow the provisions of the law on criminal procedure. Plaintiffs accuse the provision of violating both the 1971 and the current constitution. [Shorouk (Arabic) 4/30/2013]

Shura postpones new tax law approval
The Economic Committee at the Shura Council postponed its approval of the new tax income draft law until Tuesday during a Monday session, in order to discuss the budget instead. Egypt’s parliament halted its reading of a new income tax law on Monday, saying the government had not shown who would be affected by the measure that is needed to secure a badly needed $4.8 billion IMF loan. Lawmakers criticized the government’s competence in drafting the legislation, adding to uncertainties about the IMF deal just days after a deputy finance minister who was a key negotiator with the International Monetary Fund resigned. [DNE, Reuters, 4/29/2013]

Government eliminates subsidized energy for paper and glass industries
The Ministry of Petroleum  and Ministry of Trade and Industry have decided to stop supplying subsidized energy to glass and paper producing industries. The Ministry of Trade and Industry stated that the glass and paper industries are no longer considered energy intensive by the government. The groups eligible to receive subsidized energy include petrochemicals, cement, iron and fertilizers industries. Activation of the country’s new Subsidized Life System, using smart cards for subsidies, will take place within the next three months with the introduction of new family cards, said Minister of State for Administrative Development Ahmed Samir. [DNE, 4/30/2013]

Fingers pointed after second mass food poisoning at Al-Azhar
President Mohamed Morsi has sent presidential assistant Ayman Ali and Health Minister Mohamed Mustafa Hamed to visit Al-Azhar University students who were hospitalized late Monday suffering from food poisoning. According to the health ministry, 131 people were admitted to hospital after eating at the university dormitory. Hundreds of students from Egypt’s top Islamic university protested on Monday to demand investigation and punishment of those responsible. The general prosecution has opened an investigation into the incident. The mass food poisoning is the second of its kind at Al-Azhar University this month. It has triggered reactions from officials, student union members and others. [Ahram Online, SIS, Reuters, Aswat Masriya, Shorouk (Video), 4/30/2013]

Egypt pulls out of talks to protest Middle East nuclear arms
Egypt said on Monday it was withdrawing from a second week of Non-Proliferation Treaty (NPT) talks in Geneva in protest at what it called the failure to implement a 1995 resolution for a Middle East free of nuclear weapons. That was an implicit reference to Israel which neither confirms nor denies having nuclear arms and is not a signatory to the NPT. Arab states and Iran say Israel’s presumed nuclear arsenal poses a threat to Middle East peace and security. Cairo said it was pulling out of the talks "to send a strong message of non-acceptance of the continued lack of seriousness in dealing with the establishment of a nuclear-free zone in the Middle East". The United States said on Tuesday it regretted Egypt’s decision to walk out of U.N. talks. [Reuters, Jazeera, Aswat Masriya, 4/30/2013]

Egypt and Qatar negotiate bond deal
The 5 percent interest rate that Qatar has requested for a potential $3 billion worth of Egyptian treasury bonds is not particularly low, but the cash-strapped Egyptian government is likely to accept it nonetheless. On Monday, a source close to the negotiations between Egypt and Qatar on the deal said that the latter asked for 5 percent interest and an 18-month maturity on the bonds, Reuters reported. The Ministry of Finance denied this in a press release on Monday.
According to state-owned Al-Ahram, an anonymous source within the Central Bank of Egypt (CBE) said that the interest rate would range between 3% and 4%. No agreement has been reached yet. The Qatari bond, unlike the IMF loan, does not condition government reform, making it a quicker and easier alternative to support the economy. [Ahram Online, DNE, 4/29/2013]