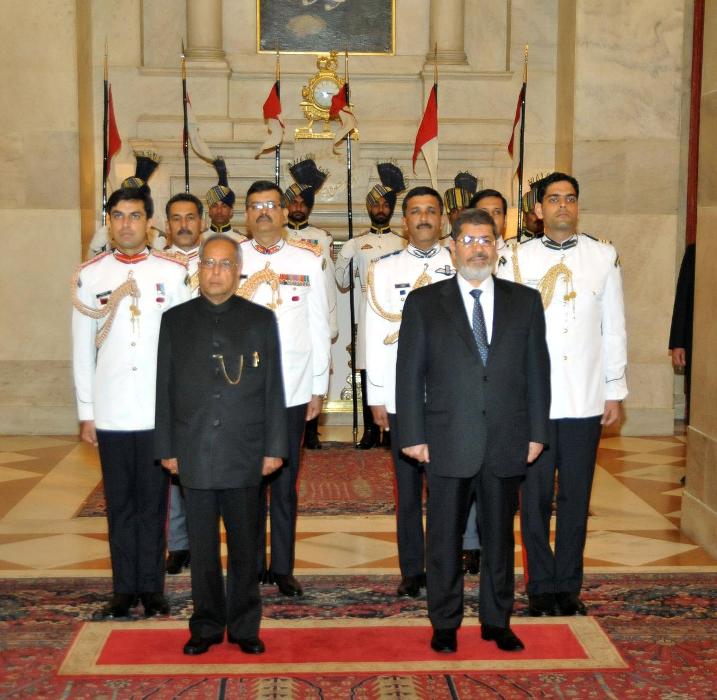 Egypt’s government expects to sign a deal with the International Monetary Fund by the end of June and to have received the first tranche of a $4.8 billion (3.1 billion pounds) loan by then, the planning minister told Al-Ahram on Tuesday.

Minister of Justice Ahmed Mekki attempts to resign
Justice Minister Counselor Ahmed Mekki in a Cabinet meeting on Wednesday requested to be relieved of his post in protest to demonstrations against court rulings, but the Cabinet asked the Minister of Justice to continue in his position while Justice Ministry. Mekki denied the accuracy of published reports regarding reworking the draft law regulating the judiciary. He stressed during the meeting that the government is very keen on the independence of the judiciary, and achieving justice in Egypt, one of the most important demands that the revolution achieved. [EGYNews (Arabic), 3/20/2013]

ESDP calls for united action against Interior Ministry
The Egyptian Social Democratic Party (ESDP) criticized security forces on Tuesday for their actions during clashes that took place at the Muslim Brotherhood headquarters in Moqattam. The party also called for the formation of a popular campaign to dismiss the interior minister and restructure the ministry. The party issued a statement criticizing the attacks on protesters and journalists in Moqattam, perceiving the Muslim Brotherhood as an “illegal group”. The statement claimed that security forces left protesters and journalists to be attacked by “the Brotherhood militias.” [DNE, 3/19/2013]

Egypt court revokes asset freeze on 21 businessmen
An Egypt Criminal Court reversed the asset freeze order issued by prosecutor-general Talaat Abdallah earlier in the week in its Wednesday session. Egypt’s prosecutor-general on Sunday evening had frozen the assets of 21 businessmen, including former president Mubarak’s sons, along with those of several Egyptian brokerage firms and bank officials, all of whom are currently under investigation for alleged stock market manipulation. [Ahram Online, Shorouk (Arabic), 3/20/2013]

US dollar deposits grow as pound falls
Egyptians are continuing to convert Egyptian pound bank deposits into US dollars, fearing further depreciation for the embattled currency. A Central Bank of Egypt report in January revealed that dollar deposits rose to the equivalent of LE218 billion, compared with LE197 billion last November. [Egypt Independent, 3/19/2013]

Egypt sees IMF deal, first tranche by end-June – report
Egypt’s government expects to sign a deal with the International Monetary Fund by the end of June and to have received the first tranche of a $4.8 billion (3.1 billion pounds) loan by then, the planning minister told Al-Ahram on Tuesday. An IMF deal will unlock billions of dollars in further support for Egypt. Araby said this would include $1 billion from the World Bank in the fiscal year that begins in July, as well as half a billion dollars from the African Development Bank and assistance from the European Union. [Reuters, Ahram (Arabic) 3/19/2013]

IFC proposes currency swap plan for Egypt
The International Finance Corporation (IFC) is planning to conduct currency swaps in Egypt, according to Reuters. “Just like we did in other places globally, we’ll come up with an instrument to swap dollars for local currency in Egypt,” said Jin-Yong Cai, the IFC’s CEO and executive vice president, as reported by Reuters. “We need local currency and some other private investors need dollars. It’s in a way a hedging for investments.” [DNE, 3/19/2013]

Salafi leader arrested in deadly Shubra family feud
Police arrested prominent Salafi leader Gamal Saber on Tuesday in connection with a deadly family feud in Shubra district that left three people dead. According to reports, members of the Assal and Saber families have been exchanging gunfire and Molotov cocktails since Monday following the stabbing death of high school student Saad Dorra. In the first clash of its kind between the Muslim Brotherhood and Hazem Salah Abu Ismail, the Salafi preacher and former presidential candidate criticized the arrest, saying that the action is “a disgrace that will follow President Mohamed Morsi wherever he goes". A photo circulated Tuesday showing Saber blindfolded with his hands tied behind his back upon his arrest in the aftermath of the violence has provoked furious reactions among Islamist leaders. [Egypt Independent, Ahram Online, Bloomberg, 3/20/2013]

Egypt military investigating Hamas in new case
The Egyptian military is investigating whether the Palestinian group Hamas is linked to a batch of confiscated fabric that could have been used to make counterfeit uniforms, a security official said Tuesday. The official said the probe came alongside other investigations into alleged Hamas activities in Egypt going back to the 2011 uprising that overthrew Hosni Mubarak and led, over a year later, to the election of President Mohammed Morsi of the Muslim Brotherhood, the Palestinian group’s ideological parent. [AP, Ahram Online, 3/20/2013]

Upper Egypt protests over conversion to Christianity rumor
Around two thousand people have protested in Upper Egypt against the alleged kidnapping and forced conversion to Christianity of a Muslim woman. Protesters gathered in al-Wasti in Beni Suef governorate on Tuesday to condemn what they claimed was the kidnapping last month of a 21-year-old woman by Christians. The woman was allegedly forced to marry a Coptic Christian man and sent to live in Turkey. Security forces were deployed to protect the local church and police station. Beni Suef’s prosecutor, Hamdi Farouk, said there was no reason to believe Christians were involved in her disappearance. [Ahram Online, AP, 3/19/2013]

Photojournalists protest attacks on media
Photojournalists protested in front of the Shura Council on Tuesday in reaction to increasing numbers of attacks against media workers in Egypt. The protest is supported by the Association for Freedom of Thought and Expression (AFTE), which launched a blog and began a Twitter campaign. At least 14 journalists were attacked by police and supporters of Egypt’s Muslim Brotherhood group outside the group’s headquarters in Cairo on Saturday and Sunday, according to news reports and local journalists. [DNE, CPJ, 3/19/2013]

First Israeli FM delegation arrives in Cairo since revolution
Amira Dotan, head of the Middle East department at the Israeli foreign ministry, landed in Cairo on Wednesday morning for a five-hour visit, sources have told Ahram Online. Dotan is part of a delegation of four diplomats and arrived on a private jet from Tel Aviv. She is a former Knesset member and ex-brigadier general in the Israeli military. The delegation will look into a number of issues relating to Egyptian-Israeli relations. It is the first visit to Egypt by an Israeli foreign ministry official since the January 25 Revolution in 2011. Previously, only Israeli military and security officials have visited Egypt to discuss Sinai and Gaza. [Ahram Online, DNE, 3/20/2013]

Morsi in India, holds talks over Syria and Palestine
President Mohamed Morsi left the Indian capital on Wednesday after a two-day visit after talks with Indian leaders on enhancing bilateral cooperation between the two countries, signing six agreements covering the domains of information technology, internet, renewable energy and small and medium-sized projects. Other topics of discussion included regional developments in Syria and Palestine, as well as Morsi calling on India to enhance ties with al-Azhar. Morsi also met with the heads of Tata Group on Wednesday morning in New Delhi, in an effort to encourage the India-based conglomerate to invest in Egypt. [DNE, SIS, Ahram Online, The Hindu, Shorouk (Arabic), 3/20/2013]