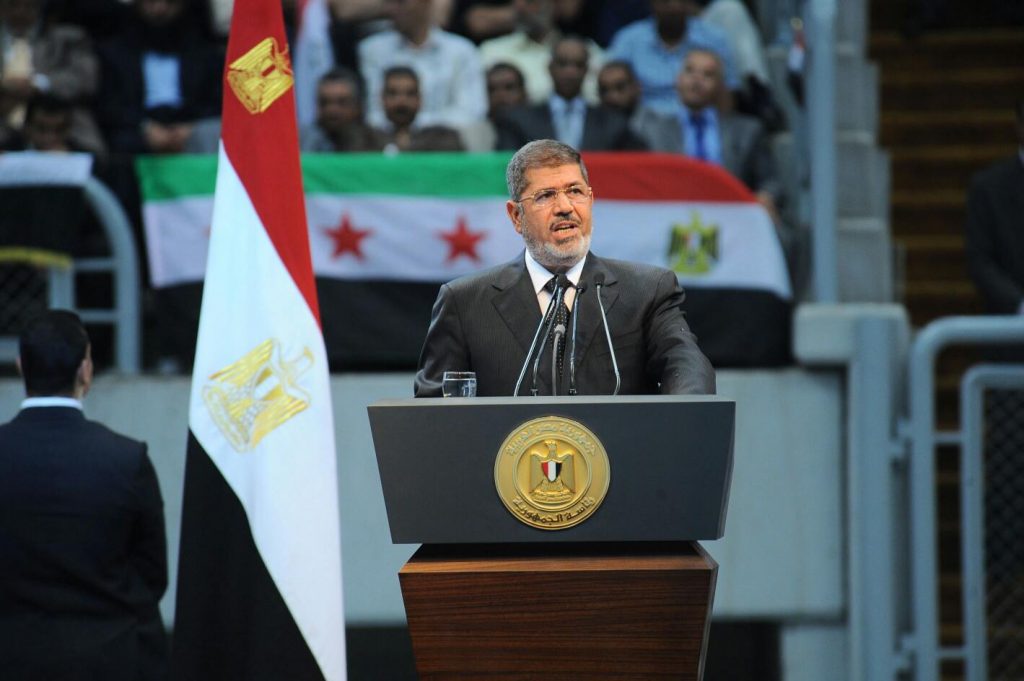 Egypt’s government promised "exemplary punishment" on Monday after the mob killing of five Shiite Muslims near Cairo raised fears of wider sectarian bloodshed at a time of grave national crisis. But Shiite minority leaders and the liberal opposition accused the government itself, dominated by the Sunni Islamist Muslim Brotherhood, of whipping up sectarian anger over the war in Syria as a means of appeasing its own hardline Salafist allies.

National Security Council urges Egyptians to keep demonstrations peaceful
The National Security Council (NSC) condemned all forms of violence and urged all Egyptians to keep their demonstrations on June 30 peaceful. All state institutions and apparatuses work within a framework of respecting and protecting the constitutional legitimacy that emanates from the people’s will which has established the first real democracy in Egypt after the 2011 uprising. In an official statement, the NSC announced several resolutions including guaranteeing the right to peaceful expression, rejecting violence, as well as calling on political forces to “prepare for this electoral process, which adds a new stone in the structure of the budding Egyptian democracy.” [Aswat Masriya, Ikhwanweb, 6/24/2013]

Egyptian government faces blame in mob sectarian killing
Egypt’s government promised "exemplary punishment" on Monday after the mob killing of five Shiite Muslims near Cairo raised fears of wider sectarian bloodshed at a time of grave national crisis. But Shiite minority leaders and the liberal opposition accused the government itself, dominated by the Sunni Islamist Muslim Brotherhood, of whipping up sectarian anger over the war in Syria as a means of appeasing its own hardline Salafist allies. The Egyptian president’s office released a statement on Monday denouncing the killings saying that "the state will not be lenient with anyone who tampers with Egypt’s security or the unity of its people." In addition, Prime Minister Hisham Qandil also released a statement on Monday saying that the incident contradicts all "religious doctrines." Qandil also expressed his rejection of any hate speech, or incitement of violence and sedition in society. A Freedom and Justice Party (FJP) spokesman Mourad Ali, media spokesman condemned the attack, while Abdel Rahman al-Barr, a member of the Muslim Brotherhood’s Guidance Bureau, said "The perpetrators of the Giza murders are not Islamists, who know well the sanctity of Muslim blood.” Essam al-Erian FJP vice-chairman called on bringing the killers to justice “without delay.” [Reuters, Ahram Online, Ikhwanweb, 6/24/2013]

Court orders Morsi to reveal details of 2011 police abduction in Sinai
An administrative court on Tuesday ordered President Mohamed Morsi, the prime minister, minister of interior, minister of defense, and the head of the Egyptian General Intelligence to disclose the circumstances of the abduction of four police personnel in the Sinai Peninsula on February 4, 2011. The lawsuit was filed by Doa’a Rashad, the wife of abductee Mohamed Mostafa al-Gohary. More than two years after the abduction, the kidnapped men are still missing.  The ruling came in response to an appeal filed by former Member of Parliament Hamdy al-Fakhrany. [Ahram Online, Aswat Masriya, 6/25/2013]

Egypt economy grew by 2.2 percent in Jan-March – planning ministry
Egypt’s economy grew by 2.2 percent in the first quarter of 2013, unchanged from the previous quarter but slower than the 5.2 percent recorded a year earlier, the state news agency quoted the planning ministry on Monday as saying. The economy had several years of 7 percent growth before the popular uprising that brought down Hosni Mubarak in February 2011, but since then has suffered from a collapse in tourism and foreign investment and an increase domestic labour disputes. [Reuters, ONA (Arabic), 6/24/2013]

National Security Committee in the Shura Council to discuss gas crisis
The Shura Council’s National Security Committee is set to hold an urgent meeting to discuss gas and diesel shortages, and its impact on national security in several governorates. The interior, petroleum and supply ministers have been invited to attend the meeting. In Beni Suef, the supply and development ministries have approved an increase in petroleum supplies to address the shortages. Meanwhile, Hossam Arafat, the head of the Petroleum Division in the Chamber of Commerce announced that fuel shortages in Cairo had reached 40 percent, while the figure slipped to 50 percent in the governorates. [ONA (Arabic), EGYNews (Arabic), AMAY (Arabic), 6/25/2013]

Eight arrested over sectarian killing in Giza
Egyptian police have arrested eight people over the killing of five Shiite Muslims in a Cairo suburb, state media said on Tuesday, after footage of the attack spread on the Internet, heightening fears of sectarian violence. The suspects are accused of killing of five, who had come to Cairo for a religious festival, and mutilating their bodies by dragging them through the streets. Previously authorities in the majority Sunni Muslim nation had announced four dead, but the prosecutor’s office reported a fifth killed in the incident, state newspaper al-Ahram reported. [Egypt Independent, Reuters, Aswat Masriya, 6/25/2013]

Clashes continue in governorates
Clashes continue throughout different governorates in Egypt. Five people were injured in clashes between Muslim Brotherhood members and opposition Tamarod campaigners in Fayoum on Monday. Seven people, including a Central Security General, were injured in clashes between supporters and opponents of President Mohamed Morsi in Sharqiya on Tuesday. It remains unclear what started the violence. There have been a series of clashes between anti- and pro-government protesters across Egypt in recent weeks.
[Ahram Online, Aswat Masriya, DNE, 6/25/2013]

Islamists call for million-man demonstration next Friday
Islamist groups in Egypt, including the Muslim Brotherhood’s Freedom and Justice Party and hardliners al-Jama’a al-Islamiya, announced on Monday that they will hold a demonstration in support of “legitimacy” on June 28, in response to mass anti-government protests planned for the same day. The open-ended demonstration and sit-in will be held in Rabaa al-Adawiya Square in Cairo’s Nasr City under the slogan “legitimacy is a red line,” a reference to the stance of pro-government groups who view opposition attempts to push for early presidential elections as a violation of the democratic process. [Aswat Masriya, DNE, Ahram Online, 6/24/2013]

Religious leaders condemn Shia lynching in Giza
Egypt’s Grand Mufti Shawqi Allam strongly condemned the mob killing of four Shia Muslims in a Giza village on Sunday, an incident which has heightened fears of worsening sectarian frictions in Egypt. Additionally, the group Egyptians Against Religious Discrimination also denounced the lynching, urging Egyptian citizens to beware of the “conspiracies forged against them in the dark.” They also emphasized the importance of taking to the streets and protesting on June 30 to “topple” the regime which, according to them, squandered all the values of citizenship rights and the rule of law. [Ahram Online, Egypt Independent, DNE, SIS, 6/25/2013]

International response to Shia mob killing in Giza
The US embassy in Cairo condemned Sunday’s mob killing of five Shia Muslims in a Giza village, which has stoked fears of worsening sectarian frictions in Egypt. "We call on the Egyptian government to follow through on its pledge to ensure that the perpetrators of this heinous crime are held accountable under the law, and we urge a thorough and transparent investigation," read an embassy statement released Monday. In an official statement, Hassiba Hadj Sahraoui, deputy director of the Middle East and North Africa Program at Amnesty International, demanded Egyptian authorities immediately order an investigation into the killings. Meanwhile, Iran’s foreign ministry condemned the mob killing saying such extremism violated the tenets of Islam. Shia leaders in Egypt have said they will give authorities the chance to apprehend the killers before they "internationalize" the case and file a lawsuit with an international legal body against leading government figures. The suit, leaders threatened, would target President Mohamed Morsi, Prime Minister Hisham Qandil, Interior Minister Mohamed Ibrahim and head of Giza’s security directorate. [Ahram Online, Reuters, Egypt Independent, 6/25/2013]