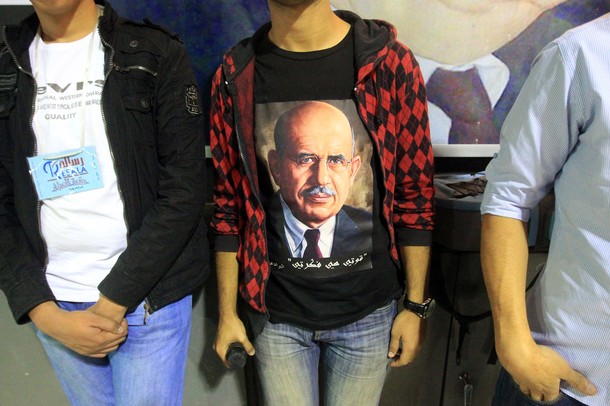 Supporters of Mohamed ElBaradei have launched a campaign to collect 40,000 signatures nominating him for the presidency, despite ElBaradei’s decision to withdraw from the race.

1) Despite an official statement by the Brotherhood on March 10 warning that members would risk expulsion or if they vote for or endorse a presidential candidate other than the one officially backed by the group, several high-profile Brotherhood members and their families have publicly endorsed Abdel Moneim Aboul Fotouh.  The family of late Brotherhood official Hassan Gouda, one of the founders of the Brotherhood in Beni Suef and member of the Guidance Bureau, officially announced their support for Fotouh. Meanwhile, , recently announced its full endorsement of Abul-Fotouh.  FJP MP Mohamed al-Beltagy, has given his personal endorsement to Fotouh, publically announced his personal endorsement of Abul-Fotouh, and there are unconfirmed reports that MP Yousri Bayoumi and other FJP MPs have also decided to back Fotouh. [al-Ahram, English, 3/16/2012]

2) MPs and parties have raised concerns about the High Presidential Election Commission (HPEC)’s ability to fairly administer elections, because its decisions are legally immune to appeals or challenges to election results. Members of the People’s Assembly’s Constitutional and Legislative Affairs Committee have called for amendments to Article 28 of the interim constitution, which bars citizens from challenging HPEC decisions. [al-Ahram, English, 3/16/2012]

3) Presidential candidate Abu Ezz al-Hariri, a member of the People’s Assembly and founding member of the Socialist Popular Alliance, has filed a lawsuit with the State Council to compel the High Presidential Election Commission (HPEC) to stop the elections pending a review of Article 28 of the interim constitution by the Supreme Constitutional Court. The controversial Article 28 states that HPEC decisions are final and binding. [al-Masry al-Youm, Arabic, 3/16/2012]

4) Supporters of Mohamed ElBaradei have launched a campaign to collect 40,000 signatures nominating him for the presidency, despite ElBaradei’s decision to withdraw from the race. [al-Masry al-Youm, Arabic, 3/16/2012]

5) Islamist presidential candidate Abdel Moneim Aboul Fotouh said he fears that external parties may try “to buy the president to serve their own interests.” Fotouh said, “I fear a repeat of the scenario seen in recent presidential elections in some African countries, where external parties pumped billions of dollars to certain candidates.” [al-Masry al-Youm, Arabic, 3/16/2012]

6) The Obama administration plans to resume military aid to Egypt, anonymous American officials stated on March 15. Secretary of State Hillary Clinton is expected to use the national security waiver to sidestep congressional conditions on funding as soon as early next week, allowing some but not all of the $1.3 billion in aid to move forward.  [NYT, English, 3/15/2012]

8) Israeli soldiers killed a suspect and wounded and arrested three others in an exchange of gunfire on the border with Egypt on March 15. "Israeli soldiers on patrol along the Israeli-Egypt border spotted a group of men on Israeli territory and opened fire to stop them, after the usual warnings. There was also gunfire from the Egyptian side," an IDF statement said. Egypt’s head of security in northern Sinai said the men were Bedouin tobacco smugglers "who intended to deliver cigarettes to accomplices on the other side.” [CNN, English, 3/15/2012] [al-Ahram, English, 3/15/2012]

9) An IMF mission will begin a four-day visit to Egypt on March 19 to meet with officials after agreeing to provide the interim government with a $3.2 billion loan. An IMF source said the fund has received documents from the Egyptian government describing a reform program to meet conditions for the loan. [al-Masry al-Youm, English, 3/15/2012]