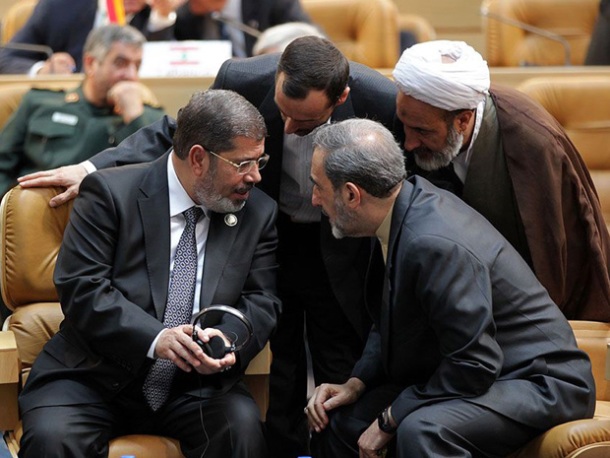 [Egypt Independent, Al Masry Al Youm (Arabic), 8/30/2012] The Cabinet does not intend to recreate another Emergency Law, Prime Minister Hesham Qandil said in an interview on state television Wednesday, denying that a bill is even on the government’s agenda. However, the prime minister said he agreed with the interior minister that certain steps must be taken to restore security in the streets. In a meeting with security leaders Thursday, Interior Minister Ahmed Gamal Eddin said security efforts will continue to intensify, singling out those who obstruct the work of state facilities and roads. Minister of Justice Ahmad Makki said the president would not issue such a law without public approval, and described the Emergency Law in its current form as a catastrophe.

[Egypt Independent, al-Ahram (Arabic) 8/30/2012] Constituent Assembly and Freedom and Justice Party member Farid Ismail said on Wednesday that the assembly drafted more than 100 articles on freedoms in the new constitution. “We have capitalized on the constitutions of India, Turkey, France and Germany to take from them what is suitable for us,” Ismail said. “It will be a model constitution.” In related news, the drafting committee faced internal disagreement over the judicial mandate whereby judges are assigned to different ministries. Critics argue that the mandate is a form of bribery and a backdoor means for executive control over the judiciary.

[Egypt Independent, 8/29/2012] Abdel Khaleq al-Sherif, head of the Muslim Brotherhood’s advocacy and guidance department, has asked Al-Azhar, the Ministry of Endowments and scholars to issue a collective fatwa on the permissibility of the International Monetary Fund (IMF) loan in order to aid President Mohamed Morsy. Prime Minister Hesham Qandil’s negotiations to secure a US$4.8 billion loan from the Fund by the end of the year have spurred a flurry of criticism from conservative quarters. Last week the Salafi Nour Party issued a statement claiming that “borrowing from abroad is usury."

US delegation in favor of IMF loan, protesters say no

[Egypt Independent, Ahram Online, 8/30/2012] The head of the US economic delegation said Wednesday that United States welcomes Egypt’s negotiations with the IMF as the first step towards the country’s economic rebound. "It will provide a foundation for sustained growth and inclusive economic opportunity," said Robert Hormats, undersecretary of state for economic growth, energy and the environment. On Wednesday, however, dozens of protesters called for Morsy and his government to reject the loan and its conditions, whose cost they said would fall squarely on the poorest citizens’ shoulders.

[Ahram Online, 8/30/2012] 1E1-+gypt’s population reached 91 million by the end of August 2012, the country’s official statistics body, CAPMAS, announced Thursday. Around 83 million Egyptians live inside Egypt, while an estimated eight million live outside, based on figures from the Ministry of Foreign Affairs. The male to female ratio is almost equal, with some 45 million of each sex. The number marks a growth of 18 per cent since the last census in 2006, when the Egyptian population was estimated at 76.5 million.

[Ahram Online, 8/30/2012] Energy company Ampal-American Israel Corp has filed for Chapter 11 bankruptcy protection, citing losses caused by a halt in Egyptian gas supplies to the Jewish state, business daily Globes said Thursday. Ampal, controlled by Israeli businessman Yosef Maiman and which owns 12.5 per cent of Israeli-Egyptian consortium East Mediterranean Gas (EMG), filed its application on Wednesday with the US Bankruptcy Court for the Southern District of New York, the Israeli newspaper said. In April, Egypt scrapped its gas supply deal with EMG, signed under the rule of ousted President Hosni Mubarak, citing what an official called the consortium’s failure "to respect conditions stipulated in the contract."

Israel expects Egypt Army out of Sinai after Operation Eagle

[Egypt Independent, EGYNews (Arabic), 8/30/2012] Israeli Defense Minister Ehud Barak on Thursday said he expected the Egyptian Army to withdraw its reinforcements from the Sinai peninsula at the end of its operation to root out Islamist militants. "They must act against terror and if they have to bring in troops, let them do so. And when it ends, they must take them out," Barak said in an interview with Israel’s army radio. Barak told the Jerusalem Post that Israel must respect Egypt’s sovereignty over Sinai in its security operations. When asked about Egypt’s civil nuclear ambitions, he said he does not fear a weaponization of the potential program.

[Ahram Online, Egypt Independent, Reuters, EGYNews (Arabic), 8/30/2012] President Mohamed Morsi entered Tehran’s Summit Conference Hall on Thursday morning to hand over the presidency of the Non-Aligned Movement (NAM) to his Iranian counterpart Mahmoud Ahmadinejad. President Mohamed Morsi said on Thursday it was an "ethical duty" to support the Syrian people against the "oppressive regime" in Damascus. Syrian state TV quoted Foreign Minister Walid al-Muallem as saying the Syrian delegation withdrew during Morsy’s speech to express "rejection to what the speech included, of incitement to continue shedding Syrian blood." Morsy has so far refused to address the issue of whether ties would be upgraded with Iran, but has indicated he would pursue a more balanced foreign policy. For full video and text of President Morsi’s speech (in Arabic) at the Non-Aligned Summit in Tehran click here.

[Egypt Independent, 8/30/2012] A Hamas delegation paid a visit to the Muslim Brotherhood’s Guidance Bureau on Tuesday to meet with leaders of the group, including Supreme Guide Mohamed Badie. The delegation included Moussa Abu Marzouq, deputy chairman of the Hamas political bureau, and Palestinian Health Minister Bassem Naim. A Brotherhood source speaking on condition of anonymity said the delegation came to assure that Hamas had nothing to do with the attack on the border checkpoint in Rafah, and that the Palestinian government supports Egypt.