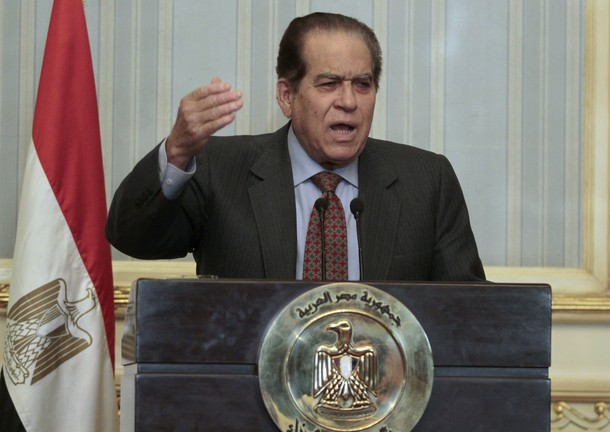 Muslim Brotherhood secretary-general Mahmoud Hussein condemned calls for a general strike by workers and students on February 11, warning that such actions would threaten Egypt’s future.

1) An investigative parliamentary committee has blamed Interior Minister Mohamed Ibrahim for the killing of protesters at the Interior Ministry following the Port Said soccer riot, and called for the People’s Assembly to issue a vote of no confidence in the minister. [al-Ahram, English, 2/8/2012]

2) Muslim Brotherhood secretary-general Mahmoud Hussein condemned calls for a general strike by workers and students on February 11, warning that such actions would threaten Egypt’s future. Multiple political, workers and student groups including April 6 and Mohamed ElBaradei’s campaign have called for acts of civil disobedience – including the non-payment of taxes and utility bills – and a general strike, to force an immediate transfer of power to civilian leadership. Coptic organizations disagree about whether to participate in the civil disobedience campaign: the Maspero Youth Union announced it would participate but the Orthodox Church rejects the calls and the Catholic Church remains neutral. [al-Ahram, English, 2/8/2012] [al-Masry al-Youm, English, 2/8/2012]

3) Prime Minister Kamal Ganzouri said that Egypt’s government will not cease its crackdown on NGOs despite threats to cut off aid, saying that Western countries have “turned against us.” [AP, English, 2/8/2012]

4) Egyptian judges say the evidence collected in the case against 19 Americans referred to court for their alleged involvement in illegal NGO activities includes maps, cash and videos taken of churches and military facilities. Sameh Abu-Zeid, one of two judges investigating the case, for the first time outlined for reporters Wednesday the evidence authorities have collected in the investigation. [AP, English, 2/8/2012]

5) An Egyptian military delegation to the US is set to return home prematurely on February 8, amid a worsening crisis in bilateral relations. [al-Ahram, English, 2/8/2012]

6) The interim government has approved a 75 percent increase in diesel prices to reduce petroleum subsidies in the industrial sector and confront the steady increase in global energy prices, according to Petroleum Ministry sources. [al-Masry al-Youm, English, 2/8/2012]