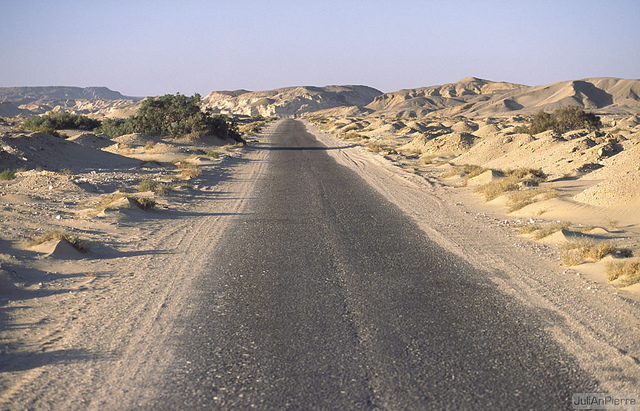 Islamist gunmen abducted seven members of the Egyptian security forces in the Sinai Peninsula on Thursday and want jailed militants released in exchange for the men, security sources said. The gunmen kidnapped the men as they travelled between the towns of al-Arish and Rafah in the early hours of the morning.

Court of Appeals judges reject Justice Conference; Shura Council defends its position
In an emergency general assembly on Wednesday night, judges from the Court of Appeals announced their rejection of the Justice Conference. The Court of Appeals judges said they fully reject the conference and proposed draft Judicial Authority Law (JAL), adding that the law violates Egypt’s constitution. Meanwhile, the Presidency has expressed its keenness to go forward with the conference. The Judges Club, however, is holding an international conference on Monday for the “protection of the judiciary’s independence.” Shura Council members criticized the boycott of the Justice Conference, adding that the decision to debate the law was a result of the Supreme Constitutional Court’s decision to rule on the Shura Council’s dissolution on June 2. Shura Council head, Ahmed Fahmy, said that the Shura Council would only take recommendations from the Justice Conference into consideration a full four months after debating the JAL, as per council regulations. If approved in principle by the Council, the law would then be submitted to judicial bodies for their review, before being passed on to the Legislative and Constitutional Committee. Minister of Justice Ahmed Suleiman expressed his dismay over the Shura Council’s decision to debate the law before a resolution had been reached.  [DNE, Ahram Online, AMAY (Arabic), Shorouk (Arabic), ONA (Arabic), 5/16/2013]

Egyptian Finance Ministry man quits over friction with Islamists
A senior Egyptian Finance Ministry adviser involved in talks on a vital IMF loan has resigned, suggesting that newly appointed bureaucrats loyal to President Mohamed Morsi’s Muslim Brotherhood had meddled in his work. Sami Khallaf’s resignation, announced on Wednesday, points to friction resulting from Brotherhood-linked appointments in the civil service. Khallaf, who told Reuters he had resigned on Tuesday, was an adviser to the minister and head of the ministry’s public debt unit. He said the work of the new group of officials who had entered the ministry had a "political nature". [Reuters, 5/15/2013]

ElBaradei’s party, Salafis support campaign against government
The Dostour Party has announced its full backing for the rebellion movement "Tamarod" whose aim is to collect support for a no confidence vote against President Mohamed Morsi’s government. The campaign, which plans to have collected 15 million signatures by June 30 (a year after Morsi was elected to office), also aims to call for an early presidential election. The “Costa Salafis” – Salafi youth with a modernist slant – have also thrown their support behind the campaign. Wasat party leader, Abul Ela al-Madi, said that a campaign that could gather 10 million signatures in 10 days could no doubt take the majority in parliament. Lawyer Ashraf Nagi filed suit against campaign spokesperson Mahmoud Badr alongside all known campaign members. The report was also filed against a number of political figures supporting the campaign, including al-Tayar al-Sha’aby founder Hamdeen Sabahy, al-Dostour Party founder Mohamed ElBaradei, 6 April Youth Movement founder Ahmed Maher and “all other opposition leaders who support the campaign and publicize it”. [Aswat Masriya, EGYNews (Arabic), AMAY (Arabic), Youm7 (Arabic), DNE, ONA (Arabic), 5/16/2013]

Opposition leader’s daughter released on bail
A Cairo prosecutor ordered on Thursday the release of former presidential candidate Hamdeen Sabbahi’s daughter on EGP 30,000 bail over charges of internet marketing fraud. Salma Sabbahi was arrested on Wednesday pending investigations, after citizens filed complaints against her accusing her of conning them in a pyramid scheme. The Agouza prosecutor’s office appealed the decision to release Sabbahi, requesting her detention for another 4 days pending investigation. [Aswat Masriya, Shorouk (Arabic), 5/16/2013]

US Dollar Crosses Borders Of EGP 7
On Thursday, the US dollar rose once again, crossing the borders of 7 Egyptian pounds. The US currency has broken a new record in the Egyptian market, hitting EGP 6.9759 for buying and EGP 7.006 for selling. [Amwal al-Ghad, 5/16/2013]

Seven security officers kidnapped in Egypt’s Sinai
Islamist gunmen abducted seven members of the Egyptian security forces in the Sinai Peninsula on Thursday and want jailed militants released in exchange for the men, security sources said. The gunmen kidnapped the men as they travelled between the towns of al-Arish and Rafah in the early hours of the morning. The head of security in North Sinai, Sameeh Beshadi, denied reports that one of the seven kidnapped officers had been released. The remaining six hostages are from both the army and the police force. Anadolu reported that the kidnappers are trying to force the authorities to release members of Islamist group al-Tawhid wal Jihad in jail on criminal charges. President Mohamed Morsi held an urgent meeting with the defense minister and the interior minister to discuss the abduction, the state news agency reported. Local Bedouin leaders have been called in to mediate between authorities and the kidnappers, but Nour party officials are also engaged in negotiation efforts. A military source denied the use of the incident use to remove Defense Minister al-Sisi. Hamas has denied its involvement, closed the cross-border tunnels with Gaza, and offered its cooperation with Egyptian authorities. [Reuters, Ahram Online, AFP, AP, AJE, Aswat Masriya, DNE, Shorouk (Arabic), SIS, EGYNews (Arabic), AMAY (Arabic), Shorouk (Arabic), Shorouk (Arabic), Ahram (Arabic), 5/16/2013]

Egypt militants planned to hit US and French embassies
An al-Qaeda-linked cell detained in Egypt was planning suicide attacks on the French and US embassies, the state news agency MENA reported, quoting investigators. Authorities on Saturday announced the capture of three Egyptians with al-Qaeda links, saying they had been found in possession of 10 kg (22 pounds) of explosive materials. In the case of the French mission, the motive was to register a protest “against French military intervention in Mali,” investigators were quoted as saying. The news agency did not say why the American embassy was to be targeted. [Reuters, AFP, 5/16/2013]

Suez Canal University criticized for not protecting professor
Fifteen political movements and feminist groups condemned on Wednesday the “savage campaign… and systematic disenfranchisement” of Mona Prince by Suez Canal University’s administration. A professor at the university’s Faculty of Education, Prince was accused by her students of contempt of religion in April. She was accordingly referred to disciplinary investigation by the university administration. In a joint statement, the political movements and feminist groups criticized the university administration’s silence and lax attitude towards the matter, adding their approach to the problem reveal their bias for eliminating creativity and freedom of opinion. [DNE, 5/16/2013]

Morsi and Abbas discuss peace process, Syrian conflict
President Mohamed Morsi met with Palestinian president Mahmoud Abbas on Thursday to discuss the Palestinian reconciliation, the peace process, as well as the latest developments in the Syrian conflict. Abbas and Morsi discussed the international community’s role in taking immediate action against Israel’s settlement policies, as well as lifting the siege on the Palestinian people. Other topics of discussion included Egypt’s role in the Palestinian reconciliation process, efforts to resume peace talks, and the role of the Quartet in reaching a political resolution to the Syrian crisis, in an effort to prevent foreign intervention. [ONA (Arabic), 5/16/2013]