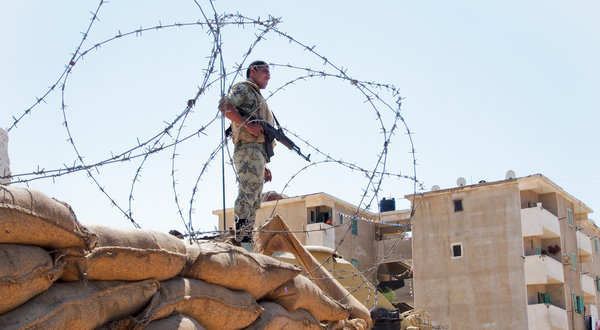 PM: Agreement reached with businesses over closing
A dispute with business owners over a government plan to close shops early ended with an agreement to extend the closure time to 12 am, Prime Minister Hesham Qandil said Monday. The government had said that its new plan would aim to cut down electricity consumption. Critics think the law is misguided, saying the country’s commercial activity is mostly focused in the evening due to its hot climate. [Egypt Independent, 11/4/2012]

Justice Ministry to investigate alleged police human rights abuses
The Justice Ministry has tasked three judges with investigating four instances of human rights abuses allegedly committed by policemen, as per a request made by the National Council of Human Rights, the ministry said Monday. The NCHR on Thursday had called for an investigation into police assaults on political activists. [Egypt Independent, 11/5/2012]

Constituent Assembly agrees on Article 2 wording
Younis Makhyoun, a member of the Constituent Assembly, said on Sunday that representatives of the Islamist current and civilian powers have finally agreed on the phrasing of the much-debated Article 2 of the constitution. The article as currently agreed upon will read, “The principles of Islamic Sharia are the main sources of legislation,” with an additional article, Article 221, defining principles as “general evidence and fundamental and jurisprudential rules and their sources in the well-recognized schools of the Sunnis and the community.” [Egypt Independent, 11/4/2012]

Administrative court: Government must renew Al Jazeera license
An administrative court ruled on Saturday that the government must renew the license of Qatari-owned news channel Al Jazeera Mubasher Misr. The channel said it had applied for the renewal of its license in April 2011, but the renewal was refused without any reason being given, which it said was against the law of investment guarantees. [Egypt Independent, 11/3/2012]

IMF recommends govt let pound float, officials deny devaluation talk
An October report from IMF’s Tokyo meeting, which Egyptian officials attended, recommends that the government allow the country’s currency to respond to market forces as a short-term policy solution to closing the widening budget deficit. The government and the IMF are in agreement that the most pressing economic issue is the growing government deficit, and that it needs to be reduced by at least 20 percent, state-run news service MENA reported. [Egypt Independent, 11/4/2012]

Security source: Police arrest another suspect in Nasr City ‘terrorist cell’
Police on Saturday arrested another suspect in what they are deeming a “terrorist cell,” revealed last month after police raided an apartment in Nasr City, a security source said Sunday. The source added that the suspect has been referred to investigation by state security prosecutors. Late last month, the Interior Ministry said it had detained 12 Islamist militants it suspects of having links to Al-Qaeda and planning attacks inside the country and abroad. [Egypt Independent, 11/4/2012]

Bishop Tawadros named Coptic Pope
Bishop Tawadros has become Egypt’s 118th Coptic Pope after his name was picked from a box by a blindfolded child during Sunday’s altar lottery at St Mark’s Cathedral in Abbasiya, Cairo. The new Pope of Alexandria and Patriarch of All Africa in the Holy See of St Mark the Apostle succeeds Pope Shenouda III who passed away last March. Pope Shenouda led the church for forty years and was chosen in a similar lottery in 1971. [Ahram Online, 11/4/2012]

Censors demand script change for play critical of ruling regime
The Censorship Authority has demanded changes to the script of “Ashan Khater Torabek” (“For Your Sake, My Country”), a new play by director Mohamed al-Sharqawy. Sharqawy told Al-Masry Al-Youm that the new performance was slated for a debut last Thursday, but censorship officials refused to license it after viewing it Wednesday, one day before the opening show. [Egypt Independent, DNE, 11/5/2012]

US Military Delegation Visits Egypt’s Sinai
Egyptian and American officials say the deputy commander of the U.S. Central Command is paying a visit to American troops stationed in Egypt’s troubled Sinai Peninsula, which has been plagued by lawlessness and hit by a string of militant attacks. U.S. officials described Monday’s visit by Vice Adm. Robert Harward as routine. U.S. troops make up the single largest contingent of the 1,650-strong Multinational Force and Observers mission in Sinai. (AP, 11/5/2012]

Obama congratulates Copts after pope’s election
US President Barack Obama has congratulated Egyptian Copts for the election of Bishop Tawadros as the 118th head of the Coptic Orthodox Church. White House spokesperson Jay Carney said in a press statement late Sunday that the US shares Tawadros’ commitment to unity, tolerance and interfaith dialogue. Carney expressed hope for success for the new pope in leading the largest Christian sect in the Middle East. He added that Americans would continue to stand by Egyptians of all religions to achieve the goals of its revolution. [Egypt Independent, Ahram Online, 11/5/2012]

Deeply frustrated with Myanmar massacres, Egypt summons ambassador
Egypt has expressed its frustration with renewed violence against Rohingya Muslims in Myanmar, calling on authorities there to adopt decisive measures to put an end to the massacres. Foreign Ministry spokesperson Amr Roshdy told DPA that the ministry summoned Myanmar’s ambassador Sunday to inform him of Egypt’s anger over the violence. [Egypt Independent, 11/5/2012]