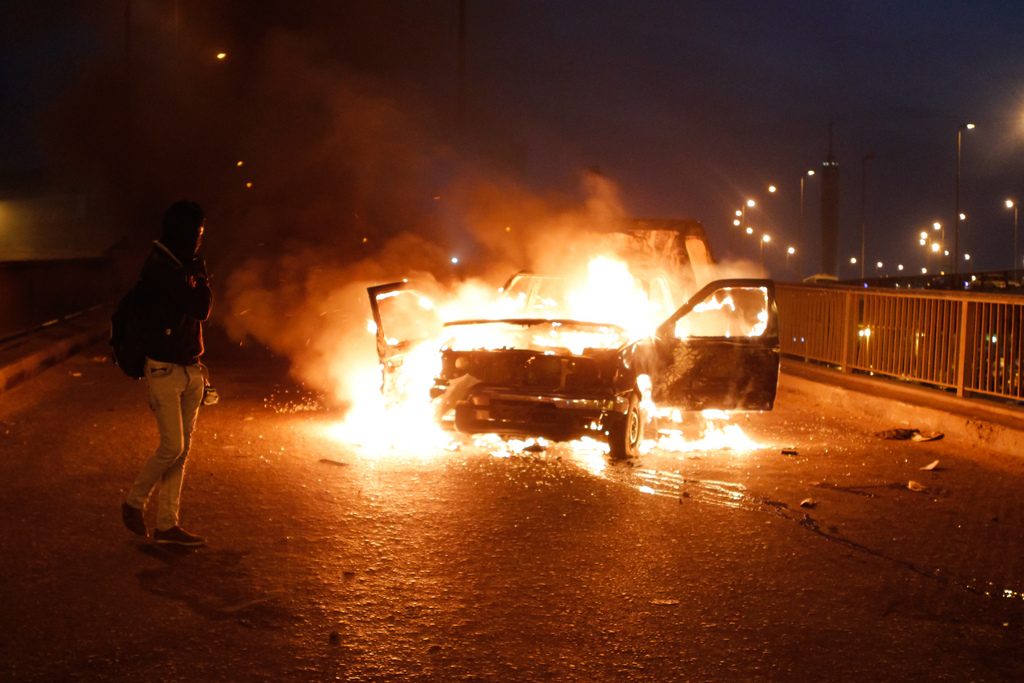 The Strong Egypt Party is to participate in coming elections for the House of Representatives, Egypt’s lower house of parliament. Meanwhile, National Salvation Front spokesperson Ahmed al-Borai said Monday the NSF planning to challenge the electoral law at the Supreme Constitutional Court and the State Council in the coming few days

Strong Egypt Party to compete in parliamentary elections
The Strong Egypt Party is to participate in coming elections for the House of Representatives, Egypt’s lower house of parliament, announced its chairman and former presidential candidate Abdel-Moneim Abul-Fotouh on Tuesday. He said he respects the groups that decided to boycott the polls, he urged political powers to participate in order to prevent “a specific party from monopolizing the presidency, the Parliament, and the government.” The Conference Party, part of the National Salvation Front (NSF), did not officially announce that they would boycott the elections, despite the NSF decision to boycott. [Egypt Independent, Ahram Online, DNE, Shorouk (Arabic), 3/5/2013]

NSF to challenge electoral law in court, launches boycott campaign
National Salvation Front (NSF) spokesperson Ahmed al-Borai said Monday the NSF planning to challenge the electoral law at the Supreme Constitutional Court and the State Council in the coming few days. He denied rumors that parties within the NSF plan to break away from the boycott. NSF leader Mohamed ElBaradei also renewed calls for a new government on Sunday as part of a seven-point plan for reform. [Egypt Independent, DNE, El Watan (Arabic), 3/4/2013]

FJP woos voters with charity drives ahead of elections
In a bid to curry favor with voters, the Freedom and Justice Party (FJP) is planning five outreach campaigns ahead of the upcoming parliamentary election. The charity-driven campaigns would provide free or reduced-price bread, butane gas cylinders and job opportunities. The campaigns will start once the party’s electoral candidates are announced to urge citizens to vote for the FJP. [Egypt Independent, 3/4/2013]

‘Eye sniper’ sentenced to three years in prison
The Cairo Criminal Court  on Tuesday sentenced a police officer to three years in prison for shooting at protesters, intentionally targeting their eyes, during clashes between security and demonstrators near the Interior Ministry in November 2011. The officer has the right to appeal the verdict and if his appeal is accepted, he will either receive a reduced sentence or have the current one reaffirmed. However, if the public prosecution appeals the verdict, they can have him retried for different charges, which could lead to a harsher sentence. [Ahram Online, Egypt Independent, DNE, 3/5/2013]

Tahrir detainees questioned, 6 children and 6 adults released
Prosecutors ordered on Monday the release of 12 out of the 71 protesters arrested by police from Tahrir Square on Sunday. The detained protesters included six children who have all been released and handed over to their parents, lawyer Ahmed Ezzat, head of the legal unit at the Association for Freedom of Thought and Expression said. Six adults were also released on bail, leaving 59 detainees who were questioned by prosecutors on Monday. [DNE, 3/4/2013]

57.5% of Egyptians do not make ends meet: Govt survey
A survey of Cabinet’s Information and Decision Support Center (IDSC) has shown that the incomes of 57.5 percent of Egyptian families did not cover their monthly needs in May 2012, compared to 45 percent in the same month of last year, pointing out that 58.4 percent rationalize consumption to cover the deficit. The survey, which entitled Economic and Social Conditions of the Egyptian Family after the 25 January Revolution, released Monday, also revealed that 89.9 percent of households complained of high crime rates in 2012, of which 65.5 percent attributed it to poverty, 10.7 percent to unemployment, 10 percent to lawlessness. [Egypt Independent,3/4/2013]

Police protest in Sinai, Cairo demanding weapons, Mansoura officers call for dismissal of interior minister
Dozens of police officers across different directorates in Sinai are on strike for the second day in a row.  Security personnel are protesting against what they describe as "inhumane and degrading" working conditions. A number of Central Security Forces (CSF) officers and soldiers in Daqahliya governorate, located northeast of Cairo, are planning to stage a protest Tuesday to demand the dismissal of interior minister Mohamed Ibrahim. Enraged over the detention of a fellow officer accused of killing protester Hossam Abdel-Azim by running him over in a CSF vehicle, they blame the minister for the failing relationship between the people and the police, as well as the ongoing violent clashes and deaths on both sides. [Ahram Online, 3/5/2013]

Egyptian police and protesters clash for third day in Port Said, Morsi mulls army takeover of restive city
Egyptian security forces battled stone-throwing youths in the Suez Canal city of Port Said on Tuesday. Fifty people were wounded in clashes between police and hundreds of protesters in a third day of unrest. A group of protesters set fire to a security services office in Port Said early in the early hours of Tuesday morning. The building belongs to the National Security Apparatus, part of the interior ministry, which was known before the January 25 revolution as State Security Apparatus. Massive funeral marches for those who died overnight in Port Said took place on Monday afternoon. The funerals were followed by renewed clashes between protesters and police. George Ishaq, a leading member of the opposition National Salvation Front, deplored "the ongoing use of violence against protesters in the Suez Canal city of Port Said." Egypt’s Islamist president is considering whether to give the military full control of the restive Suez Canal city of Port Said after days of deadly street clashes stoked by excessive use of force by riot police, officials said Tuesday. [Reuters, Egypt Independent, AP, SIS, Aswat Masriya, Shorouk (Arabic), EGYNews (Arabic), 3/5/2013]

Alexandria activists petition for military rule, More governorates call on army to manage state
Activists in Alexandria claimed on Monday to have collected over 3,000 signatures on a petition asking for the Armed Forces to assume power of the country, in order to reverse the "bad political and economic conditions [in place] since President Mohamed Morsi took office." Meanwhile, around a dozen people went to the notary in Suez governorate on Monday morning to hand in signatures delegating the army to manage the state. People in three different governorates have adopted the idea of giving signatures to notaries to demand that the army runs the nation. [Egypt Independent, DNE, 3/4/2013]

Elections violate Islamic Law: Egypt’s Mohamed al-Zawahiri
Mohamed al-Zawahiri, prominent Jihadist-Salafist leader and brother of al-Qaeda leader Ayman al-Zawahiri, said on Monday that democratic elections violated Islamic Law since they put "sovereignty in the hands of the people and not God." He added that they would resort to violence against the Muslim Brotherhood if they do not implement Sharia in Egypt.  [Ahram Online, El Watan (Arabic), 3/4/2013]

Rights of detained children in Egypt ‘are being violated’: UNICEF
In an interview with Ahram Online on Thursday, UNICEF Representative in Egypt Philippe Duamelle spoke of "serious concerns" related to the rights of children detained following clashes and demonstrations. He said that UNICEF, with the support of civil society and government partners, was providing legal assistance to around 600 children who had been accused of involvement in demonstrations and clashes in recent months. Many of the detained children "have seen their rights seriously violated," said Duamelle, primarily by being detained along with adults, subjected to physical violence, or denied access to immediate legal assistance. [Ahram Online, 3/4/2013]

MB welcomes Kerry as opposition cries ‘interference’
John Kerry’s 24-hour visit to Egypt did not sit well with the country’s opposition forces, who claim the US Secretary of State’s position towards the Muslim Brotherhood is now clearer than ever, and criticize what they describe as interference in domestic affairs. For their part, the Muslim Brotherhood hailed Kerry’s visit and attempt to resolve the political impasse. [Egypt Independent, 3/4/2013]

Swiss to reconsider stolen funds assistance to Egypt after elections
Switzerland has said it will maintain a freeze on 700 million Swiss Francs belonging to former President Hosni Mubarak until Egypt’s parliamentary elections conclude late June. A spokesperson for Switzerland’s Federal Office of Justice said in statements in Bern on Monday that the office, assisted by the Foreign Ministry, will assess the situation in Egypt after elections before it resumes providing legal assistance to recover the funds. [Egypt Independent, SIS, 3/4/2013]