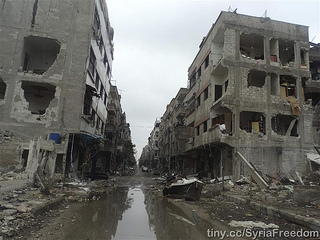 Britain has abandoned plans to arm Syrian rebels fighting to overthrow President Bashar al-Assad and believes he might survive in office for years, sources familiar with government thinking say.

Egypt interim president addresses nation
Egypt’s Interim President Adly Mansour addressed the nation late on Thursday in a speech celebrating the fortieth anniversary of the 1973 victory against Israel. He described this time as a “critical stage of Egypt’s history.” In his speech, the interim president also pledged to restore security, preserve the revolution and work towards the state’s development. Mansour described the “peoples’ will” as the true legitimacy and said that national reconciliation will take place, without excluding anyone. [Ahram Online, DNE, Reuters, Egypt Independent, EGYNews (Arabic), 7/19/2013]

Operation to rid Sinai of armed criminals begins Friday
A military source said Thursday that the "zero hour" to rid Sinai of criminal elements begins Friday, which corresponds with the tenth day of Ramadan, the anniversary of the October War of 1973. The armed forces are cooperating with the police to face criminal elements in North Sinai, within a plan to tighten control over the situation in the region. The source said that ten armed elements were killed and dozens others wounded in the past forty-eight hours. [Egypt Independent, 7/18/2013]

Egypt’s foreign reserves reach around $20 bn in Arab aid
Egypt’s net international reserves rose to reach more than $20 billion due to the oil-rich Gulf States’ recently sent aids, Al-Ahram Arabic news website reported Thursday, citing the Central Bank of Egypt’s (CBE) governor Hisham Ramez. Foreign reserves had risen in April for the first time since October 2012 after hitting a record low of $13.4 billion, and they continued their upturn in May during which $16.04 billion was recorded due to injections of foreign aid from Turkey, Qatar, and Libya.  [Ahram Online, 7/18/2013]

Proposed US House bill keeps Egypt military aid at $1.3 billion
The United States would continue to send about $1.3 billion a year in military aid to Egypt if the State Department certifies that certain conditions are being met, under a draft spending bill to be considered by the House Appropriations Committee. The bill, which provides for State Department and Foreign Operations funding for the next fiscal year, would make the military aid contingent on certification that Egypt is meeting the obligations of its 1979 treaty with Israel and planning free and fair elections while protecting human rights and civil society organizations. Making the case for the continuation of aid during a hearing with the appropriations committee, Chairman of the Joint Chiefs of Staff General Martin Dempsey said that aid to Egypt is a worthy investment. [Reuters, Bloomberg, EGYNews (Arabic), AMAY (Arabic), 7/18/2013]

International court: Libya must hand over Seif al-Islam
The International Criminal Court told Libya Thursday it has to hand over the son and one-time heir-apparent of ousted dictator Muammar Qaddafi so he can face charges of crimes against humanity. An international legal tug-of-war has been going on for months between the international court and Libya over where Seif al-Islam should face justice. Libyan authorities said they will try him next month. Libya appealed the court decision that Qaddafi’s son should be tried in the Hague and asked for an order to surrender him to be suspended pending the outcome of that appeal. The court rejected the request for suspension on Thursday. [Associated Press, 7/18/13]

We have a security plan, says Zidan
Asked about his government’s security plan was for the alleged 16,000 prisoners released by Qaddafi, Prime Minister Ali Zidan said that his government had a security plan which involved organizing and arming the army and police, specifically those not connected with the regime. He reminded the press conference that his government had formed the Joint Security Rooms in various cities and had set aside budgets for them, pointing to Benghazi as an example of the cooperation between the Special Forces and the rest of the security forces through the Joint Security Room. [Libya Herald, 7/19/13]

GNC interference in government is exaggerated, says Zidan
Asked about reports of General National Congress (GNC) interference in the government’s affairs, Prime Minister Ali Zidan did not categorically deny the accusation, saying, “We are all new to parliamentary and government work and there are misunderstandings at times.” He said that the GNC’s specialized committees had a supervisory role over the government. “We are still training in political life”, Zidan stressed, “and, therefore, there should be flexibility and cooperation in dealings between the government and the GNC.” [Libya Herald, 7/19/13]

EU airspace still off limits for Libyan aircraft
Despite high hopes that state airlines Afriqiyah Airways and Libyan Airlines would be flying their own aircraft in European Union (EU) skies this summer, the current flight ban is set to remain in place until the end of the year. Representatives from Libya’s Civil Aviation Authority sent a delegation to the recent European Air Safety Committee meeting in Brussels to present progress made to date with getting Libyan pilots and crew retrained and re-certified. The EU Air Safety Committee said it would continue to closely monitor the ongoing implementation of these measures. [Libya Herald, 7/19/13]

Syrian Kurdish group aims for independent local administration
A Syrian Kurdish group said on Friday it aims to set up an independent council to run Kurdish regions until Syria’s civil war has ended, a move likely to alarm Syrian rebels and neighboring Turkey, both wary of a possible Kurdish state. Kurdish militias have seized control of districts in northern Syria in the past year since President Bashar al-Assad’s forces focused elsewhere, and are now seeking to consolidate those gains despite deep divisions in their ranks. [Reuters, 7/19/2013]

New Syria opposition chief to meet France’s Hollande
Syria’s new opposition leader will meet French President Francois Hollande next week as he embarks on a tour of Western capitals, a source in Hollande’s office said on Friday. Ahmad Assi Jarba, elected the head of the main opposition Syrian National Council on July 6, will also be traveling to London, Washington, and Berlin, but provided no further detail. [NOW/AFP, 7/19/2013]

Syria’s Assad may cling on, Britain will not arm rebels – sources
Britain has abandoned plans to arm Syrian rebels fighting to overthrow President Bashar al-Assad and believes he might survive in office for years, sources familiar with government thinking say. "Britain is clearly not going to arm the rebels in any way, shape or form," said one source, pointing to a parliamentary motion passed last week urging prior consultation of lawmakers. [Reuters, 7/18/2013]

Opposition leader calls for select committee to manage transition
Faced with a crisis of confidence in the government, al-Joumhouri party leader Ahmed Nejib Chebbi proposed Thursday establishing a committee comprised of National Constituent Assembly representatives to manage the remainder of the transitional period. Chebbi proposed the committee be empowered with completing the constitution, developing an electoral law, and setting a deadline for upcoming elections. [L’Economiste Maghrebin, 7/19/2013]

National assembly to choose elections commissioners today
The National Constituent Assembly will select today members of the country’s election oversight board, which will immediately begin preparations for new elections despite the fact that the assembly has still not approved a draft constitution. At its plenary session this afternoon, the assembly will name nine members to the Independent Board of Elections from a pool of thirty-six candidates. The board will immediately begin preparing for elections despite the lack of a final constitution. [Tunisia Live, 7/19/2013]

National dialogue to resume next week
Tunisia’s national dialogue, a constellation of representatives of the country’s various political parties and led by the Tunisian General Labor Union, will resume early next week, Secretary General Houssine Abassi announced Thursday after a meeting with Prime Minister Ali Larayedh. The new round of the national dialogue will focus on the security situation, the neutrality of the administration, and recent violence perpetrated by the Revolution Protection Leagues, Abassi said. [TAP, 7/18/2013]

Audiovisual commission demands guarantees for media independence
The Independent High Authority for Audiovisual Communication, human rights experts, and representatives of trade and professional associations are demanding constitutional guarantees for the independence and freedom of the media after examining sections 122 and 124 of the draft constitution relating to freedom of expression and the media in a conference yesterday. The group is calling for guarantees on the right of access to information and freedom of expression and publication in the new charter. [Mosaique FM, 7/18/2013]

Hadi to attend Security Council session on Yemen
President Abdrabo Mansour Hadi will be traveling to New York to attend a special United Nations Security Council session on Yemen in September, sources told al-Khaleej. Hadi will also be heading a delegation for the Friends of Yemen and donors conference, which will take place on September 27. [Al Tagheer (Arabic), 7/19/2013]

Committee for land disputes looks to the Serbian experience
A delegation from the committee established by President Abdrabo Mansour Hadi to resolve land disputes in southern provinces will be traveling to Serbia to learn from the Serbian experience with post-conflict land restitution, said the committee’s spokesman Ali Atboosh. He further added that a German delegation will be visiting Yemen to teach the committee about Germany’s experience after the unification. [Al Tagheer (Arabic), 7/19/2013]

Clashes between southern Hiraak factions in al-Dalea
Two factions from the southern Hiraak movement clashed after one side tried to disrupt the other’s Ramadan celebration, local sources said. The two groups belong to competing Hiraak factions, one led by former vice president Ali Salem al-Bidh, and the other headed by Hassan Baoum. Tensions have been rising between the two sides for months, particularly after the south’s independence celebration where each faction organized separate protests and strikes. [Al Masdar (Arabic), 7/18/2013]

Two killed, four wounded in Change Square shooting
Two protesters were killed and four others wounded in an armed attack against Houthi protesters and independent youth in Sanaa University’s Change Square. Activists in the square said that gunmen on a motorbike opened fire at the protesters and fled the scene. The attack took place at a time when Houthi, Salafi, and Islahi leaders were negotiating to defuse sectarian tensions after the two groups clashed in a mosque in Sanaa earlier this week. [Yemen Observer 7/19/2013, Al Masdar (Arabic) 7/18/2013]

Lebanon asks EU not to put Hezbollah on terror blacklist; Lebanese army says Syria rebels did not kill Assad supporter
Lebanon officially asked the European Union on Thursday not to add Hezbollah to its blacklist of terrorist organizations, calling the militant group an "essential component of Lebanese society.” The killing of a well-known supporter of President Bashar al-Assad in Lebanon this week was the result of a marital dispute and not politically motivated as previously reported, a security source and the army said on Friday. Mohammad Darra Jamo was a commentator who worked for Syrian state media and often appeared on Arab TV channels to defend Assad’s fight against a two-year revolt seeking to topple him. [Middle East Online 7/19/2013, Reuters 7/19/2013]

Palestinians rebuff US peace talks blueprint
US Secretary of State John Kerry was Friday preparing to leave the Middle East as Palestinian leaders rejected his plan to resume the stalled peace talks. The setback for the US plan came from the governing Revolutionary Council of Palestinian President Mahmoud Abbas’s own Fatah movement, which demanded changes. The broader Palestine Liberation Organization (PLO), which also includes left-wing factions less sympathetic towards a compromise, said it was also drawing up a formal response to Kerry’s proposals. Palestinian Member of Parliament Mustafa Barghuti said “most factions” within the PLO had rejected Kerry’s proposal. [Al Arabiya, 7/19/2013]

GCC eyes Arabian sea for safe water
Gulf Cooperation Council (GCC) countries are planning a joint water supply system that takes seawater from outside the Gulf and distributes drinkable water across member states, an official at the GCC Secretariat General said. Scarce fresh water supply is the biggest challenge for Gulf Arab desert countries, forcing them to build energy-intensive seawater desalination plants to meet rising demand. The project, which may cost around seven billion dollars, will include storage facilities to stock up on potable water. [Gulf Times, 7/19/2013]