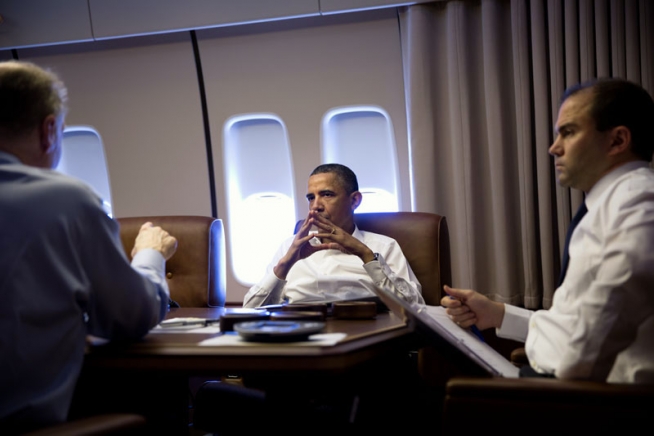 The United States dramatically toughened its line on Syria on Thursday, accusing the regime of using chemical weapons and promising military aid to the opposition.

US ambassador warns against unemployment crisis in Egypt
US Ambassador to Egypt Anne Patterson said the economic challenges linked to unemployment are the most fundamental difficulties currently facing the Egyptian government. She also referred to the significance of coordination between the US and Egyptian governments in addition to the work of nongovernmental organizations in solving Egypt’s economic challenges. [Ahram Online]

Egyptian anger grows over Suez Canal development plan
A plan by Egypt’s government to develop land along the Suez Canal faces fierce opposition in districts that have been flashpoints for violence in the past and may threaten traffic on the strategic waterway. Officials say a draft law aims to raise $100 billion in yearly revenues and create an industrial hub for shipping along the 120-mile strip, but some say it gives the president absolute powers to seize land. [Reuters]

‘Tamarod Week’ commences; Clashes break out in 6th of October city
After announcing ‘Tamarod Week,’ campaigners are traveling to as many governorates as possible in the coming week to coordinate planning with all political and social factions for June 30 and their demands for after the fall of President Mohamed Morsi. [DNE, Ahram Online, AMAY (Arabic)]

Egyptian official says citizens free to join fight in Syria; Government says it was misquoted
A senior official in the presidential office said that Egyptians are free to fight in the conflict in Syria and will not be prosecuted on their return to Egypt. The presidency, however, stated that its foreign affairs advisor was misquoted. Hundreds of Muslim Brotherhood members rallied in support of Syria on Friday, calling on Morsi to open the doors of jihad to Muslims to participate in the liberation of Syria. [Ahram Online, AP, AMAY (Arabic)]

TV channel offices attacked in Benghazi
A bomb exploded outside the Libya Hurra (Free Libya) television station in Benghazi on Thursday, damaging a wall but causing no injuries, an employee said. In a statement this week, the campaign group Reporters Without Borders said it was "extremely concerned about the deteriorating security situation in Libya and the behavior of certain militias towards media personnel.” [Reuters, Libya Herald]

No impunity for “Black Saturday” Benghazi deaths – Human Rights Watch
Libyan authorities should promptly and thoroughly investigate violent clashes in Benghazi on June 8 that left thirty-two people dead, Human Rights Watch says. Authorities should also hold accountable those who violated the law. Libya’s parliament, the General National Congress (GNC), responded to the killings with a decree ordering the general prosecutor to investigate, but the incident underscores the need for the government to rein in armed groups. [Human Rights Watch]

Tripoli court again postpones trial of Baghdadi Al-Mahmoudi
A Tripoli court has once again adjourned the trial of Muammar al-Qaddafi’s last prime minister, Al-Baghdadi Al-Mahmoudi, and those charged with him—Al-Mabrouk Zamhoul and Amer Tirfas—this time to August 7. The three face charges of taking actions leading to the murder of Libyan citizens and of embezzlement, in particular transferring €15 million to private accounts in Tunisia to pay for logistic support for the former regime. [Libya Herald]

South Africa agrees to repatriate Libyan funds hidden in country
Upon reaching an agreement with Libyan officials, South Africa said it will track and repatriate Libyan funds and assets that were hidden in the country during the rule of dictator Muammar al-Qaddafi. The repatriation will be conducted under United Nations protocols. Libya is seeking the return of overseas assets after the value of its sovereign wealth fund dropped. [Bloomberg]

Rebel chief Idris emerges as key interlocutor for West
Salim Idris, the former Syrian army general who now heads the rebel Free Syrian Army’s military command, is a key interlocutor for the West and could be the conduit for future US military aid. Idris has taken advantage of his international presence to call loudly and frequently for military aid and is expected to become increasingly important with Washington’s decision to provide "military support" to the rebels. [Al Arabiya]

Twists in Qusayr evacuation plan spark confusion
A chaotic picture has emerged of the collapse in part of a deal between Hezbollah, the Syrian army, and rebel forces to secure safe passage for wounded people from Qusayr last week following the defeat of opposition forces in the strategic town. In the days following the rebel withdrawal, rebel fighters and civilians have described a perilous three-day journey along the Buwayda corridor in an attempt to flee to Homs toward Damascus. After coming under bombardment by regime forces on the route, refugees said they believed they fell into a trap. [Daily Star]

United Nations warns of Israel-Syria escalation
UN Secretary General Ban Ki-moon, in a report released on June 13, warned that “The ongoing military activities in the [Golan] area of separation continue to have the potential to escalate tensions between Israel and the Syrian Arab Republic and to jeopardize the cease-fire between the two countries.” Austria’s precipitous withdrawal of forces from the UN-mandated force is yet another alarming signal of the breakdown of the rules of the game that have governed relations between them for more than four decades. [Al Monitor]

Returning jihadists raise security fears
The return of Tunisians fighting along jihadists in the Syria conflict and elsewhere has raised fears of instability in the country, experts say. The interior ministry estimates there are more than 500 Tunisians currently fighting in Syria alongside the opposition or in the ranks of Jabhat al-Nusra, although the number may be as high as 3,000. [All Africa]

Unemployed demonstrators clash with police in Gafsa
Clashes between demonstrators demanding jobs and security agents broke out in Gafsa governorate after a forty-four year old man set himself on fire Wednesday to protest poor living conditions. Security agents used tear gas to disperse the demonstrators after the protest quickly escalated into a confrontation with police. Tunisia Live]

US official to Tunisian PM: Security relies on economic development and democracy
US Under Secretary of State for Political Affairs Wendy Sherman, in a meeting with Prime Minister Ali Larayedh, stressed the need to promote economic growth and the draft constitution in order to improve the country’s security. Sherman said that increasing foreign investments and promoting tourism are tightly linked to the security situation in the country. [All Africa]

Rapper on the run for insulting police turns himself in
A rapper who was sentenced in absentia to two years in jail in March for insulting the police was handed the same punishment on Thursday after he surrendered to the authorities. Ala Yaacoub, known by his rap name "Weld El 15", has accused the police of using unnecessary force. Critics have called the ruling another attack on free speech in the country. [Reuters, Tunisia Live]

Thousands protest Yemen security force ‘excesses’
Yemeni security officials say thousands have protested in the capital against "excesses" by security forces, calling for the overthrow of the president and national security apparatus.
The demonstration came during the funeral of thirteen Shia protesters who were killed in clashes with police last Sunday. Protesters chanted, “the people want the downfall of the national security forces.” During the funeral, an influential figure from the Houthis (Ansar Allah) called for jihad against the government. [AP, Al Masdar]

Protesters in Jordan reject government-planned price hikes
Hundreds of demonstrators took the streets of downtown Amman Friday protesting what they described as measures by the government to further "impoverish citizens" through economic policies that will lead to more price hikes."Coalition of Jordanian Tribes" and the Islamist movement called for the march. [Ammon News]

Key court ruling puts Kuwait democracy on the line
Kuwait’s constitutional court will issue a verdict Sunday on whether an amendment decreed by the Emir last October to the electoral law is constitutional, affecting the future of democracy in the Gulf state. The clause at stake gives the emir powers to issue legislation, when necessary, and in emergency situations. [AFP]