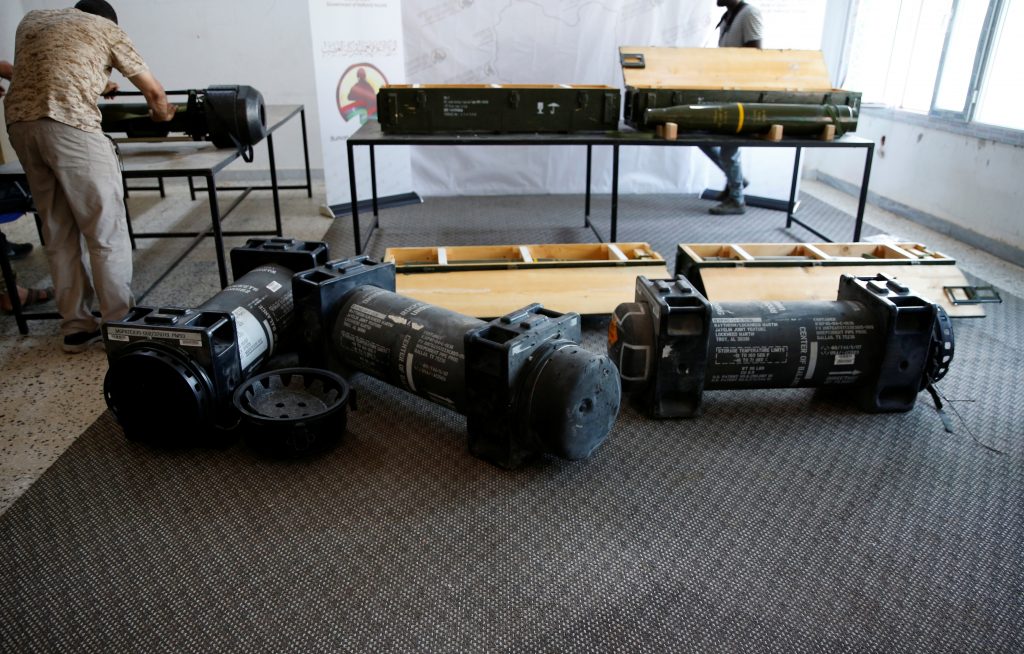 In 2020, when Tunisia begins its two-year term as non-permanent member of the Security Council, the country will have the biggest opportunity to influence international affairs since becoming a democracy in 2011. In response to the appointment, Tunisian Foreign Minister Khemaies Jhinaoui declared “Tunisia will be the voice of Africa and the Arab world…Trying to expedite finding peaceful settlement for some of the pending issues witnessed by our region.”

Tunisia could use that voice to help de-escalate the pending issue next door: a civil war in Libya. More specifically, Tunisia could take the initiative to leverage its window of increased influence to try to convince regional powers interfering in Libya to withdraw and respect the UN arms embargo. If successful, Tunisia would significantly de-escalate the conflict, while also bolstering its own economy and security.

Armed militant groups continue to import weapons and munitions to Libya which exacerbates the country’s civil war; despite a UN arms embargo in place since 2011. Germany’s Deputy Permanent Representative to the United Nations, Ambassador Jürgen Schulz, succinctly summarized the effect as, “A seemingly unlimited arms supply fuels the erroneous belief in a military solution to the conflict and contributes to the unwillingness of actors on the ground to agree to a ceasefire.” The recent spring campaign by General Khalifa Haftar’s Libyan National Army (LNA) received a regular supply of weapons and munitions; which killed over 1,000 people and injured more than 5,500.

The main countries violating the arms embargo are regional powers in the Middle East and North Africa. The LNA openly receives light weapons and munitions from Egypt, as well as more advanced weapons from the United Arab Emirates in the form of drones and a surface-to-air missile system. The UN-backed Government of National Accord (GNA), which is at war with Haftar’s LNA, primarily receives military support from Turkey in the form of drones and armored vehicles.

Tunisia instead could operationalize its good relations with Egypt and Turkey, as well as the platform the Security Council provides, to play a more active role to convince both states to respect the UN arms embargo.

Doing so is not without challenges and risks. Tunisia, technically, is already working with Egypt to find a solution to the crisis in Libya, by way of the tripartite presidential initiative between Tunisia, Egypt, and Algeria. In June, the foreign ministers of the three North African countries came together in Tunis for the seventh meeting of the initiative and issued a joint statement which emphasized that “there is no military solution to the Libyan crisis,” as well as “the importance of maintaining and supporting the political process as the only way to resolve the Libyan crisis.” However, Egypt seems to have no issue thus far in saying one thing and doing another; the week before the foreign ministers meeting, Egypt openly sent Haftar ammunition and light weapons in direct contradiction of the ethos of the tripartite’s joint statement.

With Turkey, Tunisia runs the risk of souring an important economic relationship. In December 2017, Turkey and Tunisia signed four agreements focused on trade, defense, and the environment. During a joint news conference at the time, Erdogan pledged that “Boosting a balanced trade volume will continue to be one of the priorities for [Turkey and Tunisia’s] bilateral economic agenda.” During a period when Tunisia desperately needs to increase foreign direct investment and trade, angering Turkey to the point they no longer cooperate on trade would be a significant blow.

However, the associated risks and challenges are worth it for Tunisia, not just because of the lives they could save in a neighboring state, but because it could lead to greater security and economic stability domestically. The war in Libya has been a costly drain on Tunisia’s resources, requiring heavy investment in technology and manpower along the border to prevent violence from spilling over the border.

Concurrent to the security stressors, instability in Libya has taken away an important economic “pressure valve” from Tunisia. In the country’s underdeveloped and under-supported southern governorates, trade of goods and manpower across the western border has traditionally bolstered struggling local economies. Since civil war broke out in Libya, trade between the countries, via both formal and informal avenues, has nosedived, to the significant detriment of Tunisia’s southern governorates—a region with little capability for absorbing economic shocks.

Navigating the diplomatic challenges associated with securing commitments from Egypt and Turkey will be more difficult after the recent death of Tunisia’s President, Beji Caid Essebsi, an influential, experienced, and well-respected figure at home and abroad. For whoever leads Tunisia, however, making the country a champion of the arms embargo against Libya needs to be a key priority. To not do so would be to pass on a significant diplomatic opportunity to curtail conflict and advance stability in North Africa.

Keith Jones is the Assistant Director of Corporate Relations at the Atlantic Council. Previously, he conducted research in Tunisia on the interplay of economic policy and active citizenship and the impact of social media on civic organizing.