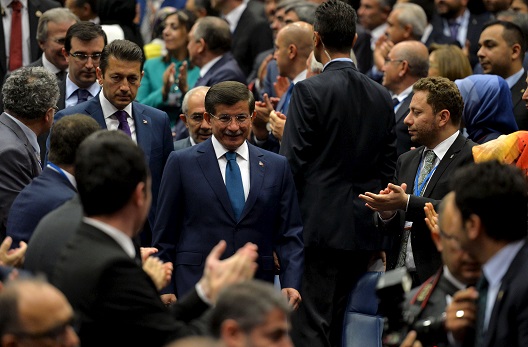 Turkey still needs a “solution” to its “Kurdish” (aka democracy) problem—and the AKP and HDP may need each other more than ever.

Turkey’s fourth largest political party, the Peoples’ Democratic Party (HDP), surprised many observers of Turkish politics with its strong showing in the recent general election. Before the vote, numerous polls suggested that the HDP would barely surpass Turkey’s 10 percent threshold, affording the Justice and Development Party (AKP) more than 276 parliamentary seats – the minimum needed to form a government, but less than the required number to change the constitution independently.

During the campaign, the HDP targeted a key constituency: religiously minded Kurds who had hitherto supported the AKP. The mass defection of religious Kurds from the AKP helped drive the HDP’s vote total to 13.1 percent, resulting in 80 HDP seats in parliament. Correspondingly, it also hurt the AKP in Kurdish majority districts and contributed to the party’s loss of seats. The AKP now controls 259 seats, compared to 132 for the main opposition, the Republican People’s Party (CHP), and 80 for the Nationalist Movement Party (MHP).

The AKP must now find a coalition partner. It has a number of options: it shares a constituency with the MHP, providing common ground for a coalition. Alternatively, the AKP could find common cause with the CHP and form a “grand coalition” without the less popular HDP and MHP. Further still, the CHP and MHP could come to an agreement and receive indirect support from the HDP, which would allow for the formation of a minority government.

These coalition scenarios have raised questions about the fate of the AKP-led peace process with the imprisoned leader of the HDP-linked Kurdistan Workers’ Party (PKK) Abdullah Ocalan. The nationalist MHP has rejected the peace process with the militant Kurdish group, describing it as a step towards the division of the Turkish state. The CHP has yet to take a definitive stand on the subject, but elements of its base remain hostile to the idea of negotiating with the PKK. The CHP leadership, however, has sought to rebrand the party and could make the necessary changes to an updated constitution that indirectly aids the PKK-AKP negotiations.

The AKP has pursued peace negotiations with the PKK since 2006. After a three-year hiatus, talks began again in 2012. From the outset of the negotiations, most observers expected the Kurdish nationalist movement to use democratic politics, rather than violence, to achieve their political ambitions. The HDP has since done so, adopting a political platform designed to appeal to a constituency beyond the party’s natural base in Turkey’s southeast Kurdish-majority provinces.

While the party did attract a small number of Turkish liberal voters, the HDP’s popularity with conservative Kurdish voters propelled the party past the threshold. This surge in Kurdish support for the HDP is linked to the empowerment of the PKK linked Democratic Union Party (PYD) in Syria and the AKP’s subsequent adoption of nationalist rhetoric—particularly after the Islamic State (ISIS or ISIL) began attacking the PYD in Kobane.

During the PYD-ISIS war for Kobane last September/October, President Erdogan labeled both groups as terrorists, angering many who had come to view the PYD as the force most capable of defending the Kurds from ISIS. The HDP subsequently accused the AKP of supporting ISIS in Syria, echoing PYD accusations that Ankara uses the extremist group to undermine their efforts to achieve self-rule. The AKP rejected these allegations, but nevertheless continued to express dissatisfaction with the PYD’s military successes—even when they come at the expense of ISIS.

Faced with the likelihood of losing Kurdish votes, the AKP made the decision to tack to the nationalist right during the campaign. This strategy aimed to ensure that it retained support from the nationalist wing of its base, rather than lose these voters to the MHP. The strategy failed, with former AKP-affiliated Kurdish voters supporting the HDP and Turkish nationalists voting for the MHP.

The AKP now has to recalibrate its political strategy and begin the process of reaching out to the voters it lost. The most straightforward option would be to return to the formula that helped fuel the party’s previous electoral successes: a heavy emphasis on economic reforms, paired with a concerted effort to resolve the Kurdish issue. This formula requires political compromise, both with potential coalition partners and with the HDP, which has pledged to remain outside of a coalition, but nevertheless be a constructive opposition party.

These electoral dynamics suggest that an AKP-CHP coalition would make the most political sense. The two parties would certainly have the support of Turkey’s business community if they could reach agreement and form a government committed to: (1) hastening economic reforms and (2) reaching a consensus on a new constitution (albeit without a transition to a presidential system). The HDP would certainly favor this arrangement, so long as the AKP-CHP government pledged to include HDP-proposed language in the document. This approach would isolate the MHP and decrease the likelihood that its anti-Kurdish agenda could undermine the drafting process.

This scenario would certainly help bolster the AKP’s image in the Kurdish southeast and, perhaps, position the party to regain the votes it lost in the last election. The CHP could also gain political capital from the perception that it places the health of the country above partisan politics—a narrative that many supporters have adopted after the party chose not to attack the HDP during the campaign, despite polls showing its supporters were defecting from the CHP. The HDP could also claim to have delivered on its campaign pledge to focus on the peace process.

The parties would have to make considerable compromises. The CHP has maintained that it will revisit the corruption scandal that engulfed four former AKP ministers. Prime Minister designate Ahmet Davutoglu has previously expressed some flexibility on the issue, but Erdogan remains vehemently opposed to reopening the case. To move forward, the two parties would have to reach agreement on this issue, or otherwise risk failure.

A solution would also require a change in the AKP’s leadership structure. Despite having ascended to the presidency last June, Erdogan has retained considerable influence with his former party. To move forward, Davutoglu has to be given more power to make decisions. Erdogan, in turn, would need to take a step back from his de-facto leadership role and act as a more neutral head of state.

Much depends on the decisions made within the AKP in the next days and weeks. The party could opt to rally around Erdogan, reject any attempt to reopen the corruption scandal, and prepare for early elections. The leadership could also decide to forego permanently lost Kurdish votes to the HDP and try for an agreement with the MHP instead. These dynamics suggest that the AKP has much to decide internally before it can successfully reach an agreement with a potential coalition partner. It also suggests that the forthcoming negotiations will be difficult, but also that there is room for a broader compromise that could benefit all of the parties involved.