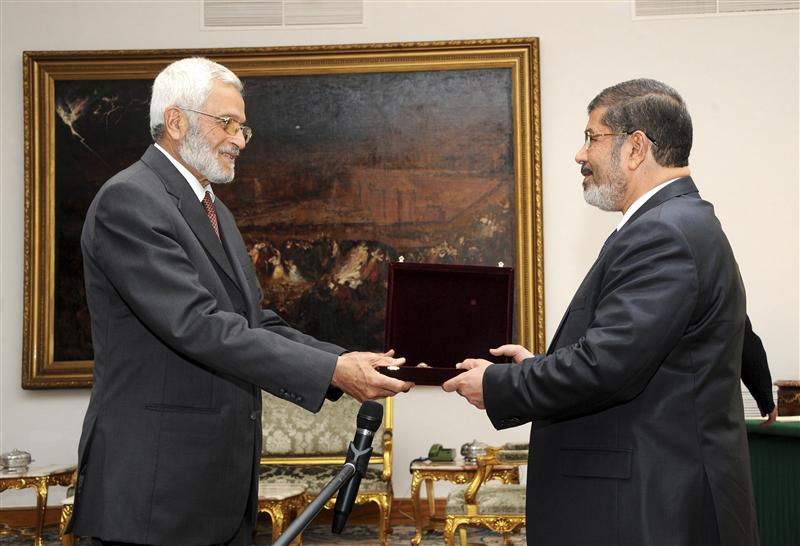 When Egypt’s President Mohamed Morsi announced his now infamous constitutional decree last week, he probably expected some pushback – but nothing on the scale of what Egypt is witnessing today. In this turbulent transition, mistakes are bound to be made but Morsi and the Muslim Brotherhood appear insistent on making it worse by not listening to calls urging him to rescind his presidential order and reassess his relationship with the Egyptian people. To the contrary, not only has Morsi refused to change any part of the decree granting himself sweeping powers, but he has also relied on the Muslim Brotherhood to minimize reactions to it through social media and other outlets. The Brotherhood’s call for massive counter-demonstrations on Saturday will inflame tensions even further in a ‘mine-is-bigger-than-yours’ contest where everyone loses.

Perhaps the most extreme escalation on the part of the Brotherhood lies in the claims of Constituent Assembly president Hossam al-Gheriani that Egypt’s draft constitution will be put to an assembly vote this Thursday. In a meeting today where he called on the 21 members who have withdrawn to return “like knights to share in the pride of issuing the constitution,” Gheriani stressed that a new constitution would automatically nullify the presidential powers in Morsi’s decree that has created so much strife in recent days. As Issandr Amrani, blogger and political commentator on Middle East issues, astutely points out in a post aptly titled “Holy Crap,” this mad rush to finish the constitution would produce a semi-legitimate document with abundant flaws and no guarantee that judges, recently alienated by the executive office, would recognize or participate in the procedures necessary for it to pass.

But that’s not all. Article 2 of the presidential decree clearly states that Morsi’s powers cannot be challenged by any branch of the government “until a new constitution has been ratified and a new parliament has been elected.” Assuming the constitution does pass muster, not only will it require time to set up a popular referendum, it will also need the approval of the Egyptian population. That would be a feat given a society deeply polarized, more so due to Morsi’s recent moves. Furthermore it would require additional time to prepare and run parliamentary elections, and announce the results, adding at least an additional two months if not longer to this proposed timeline.

The end result, of course, would be a constitution rushed through  at “ludicrous speed,” parliamentary elections subject to the whims of a president with near-absolute power prone to changing the rules at the very last moment, and an Egyptian society still divided along ideological lines. It is this last point that particularly serves to do the most damage to the transitional process as Egypt is torn, kicking and screaming, between the poles of democracy and reborn authoritarianism. While some argue that Morsi’s decree will give the “revolution” the necessary teeth to make structural changes needed to move forward, a larger portion of the Egyptian public have resoundingly replied that, especially in this case, the ends do not justify the means. No hurriedly amalgamated constitution, nor stubbornly adamant denials of public rejection towards the decree, will change the public aversion to the possibility for the abuse of power.

Although competing interests also share the blame, the longer Morsi and the Brotherhood dig their heels in on respective positions, the fewer doors for a graceful exit remain open. Political players in this sad drama must understand that consensus-based decision-making, for all its pitfalls and compromises, is the only way this democracy will work. Until then, the hopes for a healthy, stable, and prosperous future will remain just beyond Egypt’s reach.