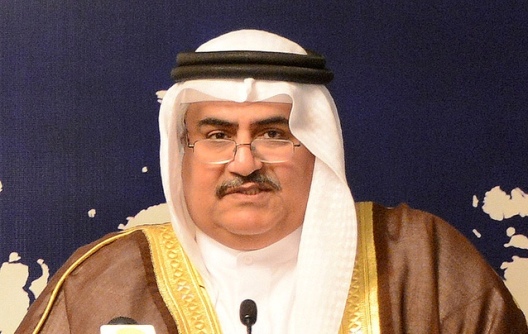 Foreign ministers of the six-country Gulf Cooperation Council (GCC) were likely shaking their heads in amazement, disappointment, and perhaps even disgust as they met in private in during their meeting in Jeddah on September 10. They were singularly unimpressed by the Russian proposal to remove Syrian chemical weapons. The current chair of the group, Bahraini Foreign Minister Khaled Al Khalifa, noted to the press the proposal regarding chemical weapons, but said, “the issue is not about one type of weapon” and the initiative would not stop “the spilling of blood of the Syrian people.” Khalifa again called for the UN Security Council and the international community to take action against President Bashar al-Assad and said the GCC is tired of “procrastination and delay.” Although they did not openly reject the Russian proposal, the failure to even mention it in any formal way was a clear indication that they wanted no part of it.

Saudi Arabia and Qatar have been active and generous supporters of the Syrian opposition, along with private donors from Kuwait. But Riyadh and Doha are clearly fixed on regime change, not elimination of chemical weapons. The Saudis had hoped in recent days that Assad’s miscalculation would finally prompt vigorous US action that might tip the balance against the Syrian regime. The Qataris joined the Saudis and ten other countries who at the recent G-20 meeting signed a declaration supporting a military response. The Saudis have also employed a variety of tactics, reportedly including generous economic incentives, to try to persuade the Russians to drop their opposition to action by the UN Security Council.

In addition to the setback dealt by the diplomatic delay due to the chemical weapons offer, two other developments in the Syria saga will have already galled the Saudis. First, they were likely blindsided and certainly would have counseled against the president’s decision to allow the Syria issue to become a domestic football by seeking Congressional approval. To make it worse, faced with resistance from their local voters, suddenly expert members of the US Congress and TV pundits have begun to piously opine about avoiding “a proxy war between Saudi Arabia and Iran.” Second, our friends in the Gulf can only be puzzled by the reported small trickle of arms flowing from the US to Syrian rebel groups, despite the decision made in June to provide combat support.

Keeping Saudi Arabia and other GCC members happy is not the object of US policy. Nonetheless, Secretary Kerry invested US influence in soliciting their support, (and publicly trumpeted it), and the Saudis and Qataris joined a small group of nations willing to go out on the limb with the US to support an attack on Syria. That limb was unceremoniously chopped off. The Gulf states will now be joining Israel in looking towards the Iranian reaction to Western vacillation. Our friends in the Gulf, who have always held some suspicions about US intentions in the Gulf, will now be thinking once again about the reliability of their main defense partners, and considering whether they need to make some new friends and acquire yet more defense equipment to deter Iran.