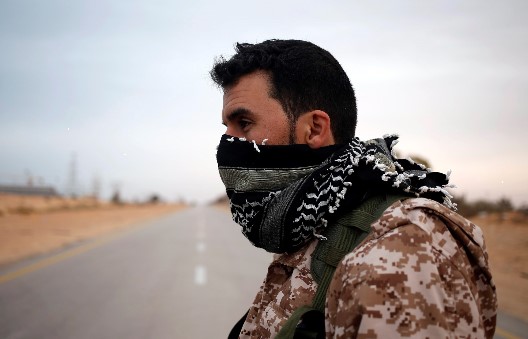 With the Islamic State (ISIS or ISIL) wreaking havoc in the Levant, Syria reeling from a devastating civil war, and a political crisis in Libya devolving into an entrenched armed conflict, ultimately it was the Houthi takeover in Yemen that galvanized a pan-Arab coalition and military intervention. Led by Saudi Arabia, nine countries have joined Operation Decisive Storm in an effort to drive back the Iran-supported Shia Houthis. Egypt, which has long sounded the alarm about the instability in neighboring Libya and provided assistance to the non-Islamist, Tobruk-based government, has committed its air and naval forces to the mission in Yemen. This could have ramifications over 2,000 miles away in Libya: with Egypt devoting significant military resources in Yemen, it will inevitably have to divert some attention away from its more immediate neighbor, which may help to open the space for success of UN-led negotiations to resolve the Libya’s crisis.

For more than a year, Libya’s transition has seen severe setbacks as rival political factions—the elected, internationally recognized House of Representatives in Tobruk and the revived, rump General National Congress in Tripoli—vie for power. What is in essence a political struggle has manifested in an armed conflict that has pitted the non-Islamist Operation Dignity against the Islamist Operation Dawn and Misratan brigades. Over the course of the last several months, these rival armed groups have become increasingly aligned with and ultimately coopted by the political camps, within which hardliners have felt emboldened to pursue a military solution. Increasing aerial strikes and clashes between ground forces have stalled oil production and displaced thousands of citizens.

Against this backdrop, the United Nations is brokering negotiations, convening delegates from the major Libyan parties to forge consensus on a national unity government as a way to bring the country back from the brink. Unfortunately, moderate Libyans participating in the negotiations exert little influence over the political hardliners and their armed allies. Meddling by regional actors has further entrenched rival factions, with Egypt and the United Arab Emirates assisting Tobruk and Turkey and Qatar supporting Tripoli (albeit to a lesser extent). Competing regional support has increasingly stripped the stakeholders of any incentive to negotiate, as each side believes it can overpower the other. Of course, such conviction has not translated into reality, as protracted battles continue with no one camp making significant gains.

A divisive narrative to describe the crisis has taken hold—initially promulgated by General Khalifa Haftar, commander of the Libyan National Army, and continuously perpetuated by elements of the Tobruk camp. When he first launched Operation Dignity last year, Haftar declared that his objective was to purge Benghazi and the eastern part of Libya of Islamists. Making no effort to distinguish between moderate political Islamists and more extremist groups, he cornered the heterogeneous demographic, which loosely coalesced into Operation Libya Dawn as a response. Divisions persist, but Dignity’s rhetoric remains about fighting “terrorists,” thus painting Islamists with one broad brush. Despite the ISIS presence in Libya that targets both rival political and armed camps, the conflation has continued in an effort to impress upon Tobruk’s international and regional allies the urgent need for intervention.

Such calls have gone unheeded. Western states have consistently reaffirmed their support for UN-led negotiations. Regional actors pay lip service to the importance of peace talks, but have provided armed assistance based on their geopolitical interests; Egypt in particular cites significant national security threats. Nevertheless, these countries have stopped short of a full-blown armed intervention. The Houthi takeover in Yemen has galvanized an Arab/Sunni Muslim coalition, suggesting that fears of a sectarian threat and growing Iranian influence trump concerns over ISIS.

The incursion into Yemen risks sparking a wider sectarian conflict, but it may provide a small silver lining with regard to Libya’s prospects for a return to stability. The allocation of significant resources to operations in Yemen inevitably means fewer resources for the involved states to commit to their respective proxies in Libya. As Cairo considers providing ground troops in Yemen to secure its Gulf benefactor’s interests, its resolve toward Tobruk will likely weaken. The partial withdrawal could potentially puncture the perception that rival sides in Libya have the external military assistance with which to win, shifting their calculations in favor of committing to a negotiated, political solution to the crisis.

Karim Mezran is a Senior Fellow with the Atlantic Council’s Rafik Hariri Center for the Middle East with a focus on the politics and economics of North Africa.

Image: A fighter from Misrata stands at a checkpoint near Sirte March 16, 2015. (Reuters)