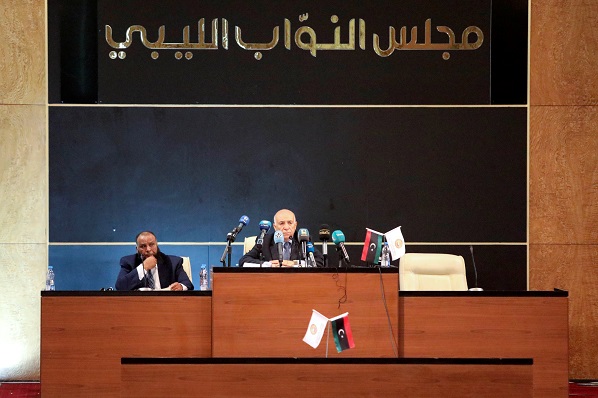 The brutal attack unleashed by General Khalifa Haftar’s militia, the Libyan National Army, against the city of Tripoli is indeed a game-changer. After the attack on April 4th everything changed in Libya, and not only in the political realm. The support that Haftar enjoyed within parts of the population of Tripoli, who preferred a strong-man rule over the incompetence and perceived corruption of the UN-sponsored Government of National Accord, melted away within hours of the attack. Many young inhabitants of the city flocked to the headquarters of the various militias to enroll in the fight against the advancing troops of the General.

Undoubtedly, Haftar considered this impact on public approval but judged the conquest of the city and his assumption of complete power as feasible anyway. Time and events on the ground will tell if his bet will pay off.

It will be important though to localize some of the attack’s consequences for the country and the dynamics that unfolded following it.

One likely consequence of the situation on the ground is the emergence of a regional sentiment among the population. It has been pointed out by many, in the period immediately following the fall of Muammar Qaddafi’s regime, that it would be better for the new state to be “Federal” rather than unitary because of the differences of the two main parts of the country: an eastern one called Barqa and a western one called Tripolitania.

Polls undertaken in the months after the fall of the regime did a lot to contrast the positions of the federalists. A large majority of those polled stood against any attempt to divide the country and showed a strong allegiance to a new unitary state. It should be added that in the last thirty years Libya has reached a 70 percent rate of urbanization, with a high level of mobility between the various regions. This was the final word on the aspirations of supporters of federalism. Or so it was believed.

The main consequence of the establishment of a military dominated system in the East with Haftar as its main leader and the campaign unleashed against Tripoli is the consolidation of a de facto partition of the country. Whether this was a conscious act or merely a consequence of the evolution of the situation on the ground is not of much importance at this point.

The existence of this situation should be understood by the international community and by the United Nations’ team in Libya (UNSMIL).

Hoping for the realization today of a constructive negotiation between the GNA and Haftar is delusional. It will not, and likely cannot, happen in the near term. It is not possible for any western-Libya leader to talk with the person who unleashed so much violence against Libya’s main city and other localities on the coast. It is unlikely that new negotiations could be undertaken with the purpose of creating a shared mechanism of governance for the whole country. The betrayal has been too big. So, what could be done to stop the massacre and give some peace and stability to the country?

First of all, it is too soon to seriously undertake direct negotiations between the two contenders. Unfortunately, the situation must first play out on the battlefield, and then negotiations can only occur if there is a clear winner and loser or at least a hurting stalemate. This will probably happen within a few weeks, as it is hard to believe that Haftar’s troops can effectively fight a battle 1,000 miles from their headquarters. The troops fighting nominally on behalf of the GNA, but in reality in defense of their homes from a perceived invasion, are no more cohesive or disciplined than the army of Haftar, and could break down at any moment if the pressure rises again.

After the battle sorts itself out there will be an opportunity for peace talks, but these must happen on a different level than the discussions that produced the Skhirat agreement of December 2015. The difference will consist in understanding the mutated situation on the ground and accepting that to obtain a degree of peace and stability the two parts of the country will have to be ruled according to the conditions that have evolved in the last few weeks. While by no means advocating a partition of Libya, not even in the light form of a Federal republic, I think that it is the consequence of the situation that has come to be on the ground. It will be easier to form two administrations than establish a single, unified government. The negotiations should focus on a peace treaty, the definition of borders, allocation of natural resources, repartition of monetary reserves, and other points of contention. There is also the question of the South; would it join one of the two region? Would it form a third region on itself? Would it be split in two as well?

It is highly probable that such a decision will facilitate the re-establishment of order and governance much more quickly and effectively than waiting for an agreement between two sides that have grown too far apart. It will be sad for most to see Libya end up divided, but the higher goals of peace and the well-being of the human population are far more important than a nationalistic dream. At least for the time being.