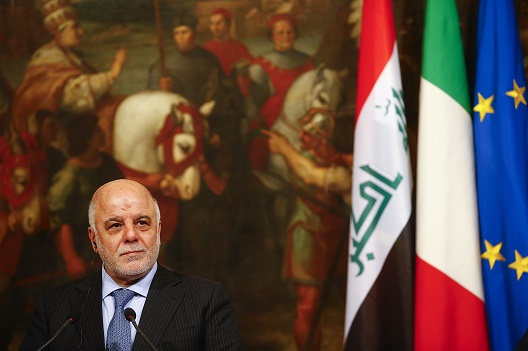 Iraqi Prime Minister Haider al-Abadi announced on February 9, 2016 that he would push for the replacement of the current ministers with a “technocratic” cabinet. Having promised reforms without clear implementation in the past, there is much confusion over what change is forthcoming and apprehension over its potential implications. Political actors and critics question Abadi’s motives, particularly given his description of his current cabinet as technocratic (many of his ministers already hold Doctorate and Masters degrees in fields related to their portfolios). Nonetheless, he vowed to maintain an inclusive membership in any new cabinet.

Most political parties have expressed concerns with Abadi’s proposal, including his own ruling coalition. Critics suspect that Abadi will use this cabinet reshuffle to consolidate the Islamic Da’wa Party’s (his political party and a faction of the ruling coalition) hold on power by ousting politically powerful members of the cabinet and replacing them with apolitical or acquiescent substitutes. Supporters see the reshuffle as necessary for the Prime Minister to implement his reform agenda, which has not yet seen tangible results. Distrustful of his motives, religious authorities have distanced themselves from politics, implicitly revoking their previous support for Abadi and his reforms. Iranian Quds Force Commander Qassem Suleimani is reportedly urging Iran’s allies to support Abadi’s efforts, presumably to ensure that Iran’s influence is not compromised by such a move.

What has not been a point of contention is whether this new technocratic cabinet would be “inclusive” in its make-up. Although the Prime Minister was quick to declare in parliament that any new cabinet that he would propose would be inclusive and that such inclusivity is a matter of “right,” he did not elaborate on what he considered inclusive and how it would manifest itself in his proposed cabinet. Inclusivity has been one of the key messages promulgated by politicians in Iraq, but remains one of the key failures of Iraqi governments to date.

The term “inclusive” in the context of Iraqi politics and government makeups has come to imply a couple of approaches in recent years. One interpretation is that the government should draw cabinet members from all the major political groups in parliament (i.e. political inclusivity). The more prevalent understanding is that the government should proportionally include cabinet members of all, or most, ethnic, religious, and sectarian denominations in Iraq. The term muhasasa is used in Iraq to describe either of the interpretations of the inclusivity of the executive branch of the Iraqi State and consequently has come to have negative connotations. The word muhasasa is derived from the Arabic word for apportionment. The muhasasa ethno-sectarian quota system has been used by successive Iraqi governments to distribute cabinet positions for so-called “National Unity” and “National Partnership” governments. It is unlikely that Abadi would advocate for political inclusivity in his proposed cabinet given his aim of changing the government to free it from political interference. This presumably means that he would still subject any proposed cabinet positions to an ethno-sectarian distribution system.

Regional and international powers always stress that any government in Iraq must be inclusive. During every government formation process, the United States government has always stressed the importance of inclusivity and has then congratulated every Iraqi government on forming an inclusive government. International coverage of Iraq has always hailed the participation of all sects and denominations of the Iraqi people in newly formed governments. Some even go so far as to state each minister’s religious and ethnic background rather than their political affiliations or experience. The Iraqi government and its international and regional allies have long used this superficial inclusivity to rebuke any claims that it marginalizes or discriminates against sections of its own population.

In the Prime Minister’s push for a cabinet reshuffle, Abadi wants to draw a line between muhasasa and inclusivity, but such a distinction is specious at best. Abadi cannot choose the most qualified candidates for his cabinet while attempting to maintain a proportionally ethno-sectarian representative cabinet. While it is fair to assume that appropriately qualified ministers and cabinet members would be welcome for most, Abadi must also identify the issues with the current cabinet so that the changes reflect and are designed to cure its faults. Otherwise, the suspicions of other political parties and the ever increasing dissatisfaction of the population would return to haunt him.

Inclusivity in government has not served Iraq well so far. Each government since the promulgation of the Iraqi constitution in 2005 has promoted the inclusivity banner, but the public perception of marginalization and discrimination remains strong. Warranted or not, such perceptions are rooted in, inter alia, the failure of muhasasa politicians to actually represent the interests and concerns of the people they claim to represent, the demonization and blackmail of any politicians that opposes the previous Prime Minister, the lack of change despite repeated elections (that the majority of Iraqis view as unfair), and the constant interference of international and regional powers.

Inclusivity has always been regarded as an end, not a means, to the public good. Yet, clearly this version of inclusivity has not brought about the harmony or opportunity that Iraqis seek. As demonstrated by Iraq’s relatively brief history in democracy, an inclusive cabinet has not been the means to such an end thus date.

If Iraq wants to establish an inclusive state that creates the right incentives for all Iraqis to promote a common national identity that would help ultimately defeat terrorism, sectarian violence, and lead to real prosperity, it needs an all-encompassing approach, free from foreign interference, that addresses both perceptions and realities. The largely superficial replacement of ministers and cabinet members will no longer fool the Iraqi people. Abadi and other politicians who hold power must have the political will to shift in the approach in which they choose to govern and abandon sectarian and identity politics.

The government must also focus its efforts on civil and political reconciliation in parallel with military efforts against the Islamic State (ISIS or ISIL), rectify the mistakes and redress the grievances of the past, pass anti-discrimination laws that address such issues at every level of society, and establish non-partisan, non-sectarian institutions that oversee other government bodies and enforce such laws. It is not enough for the government to be taking action—it must be seen to be taking action.

If such a shift is implemented and reconciliation is pursued, inclusivity in the Iraqi cabinet and the proportional ethno-sectarian of ministers will no longer be a concern to most of the population. Future governments would finally be able to choose the most qualified candidates for the job.