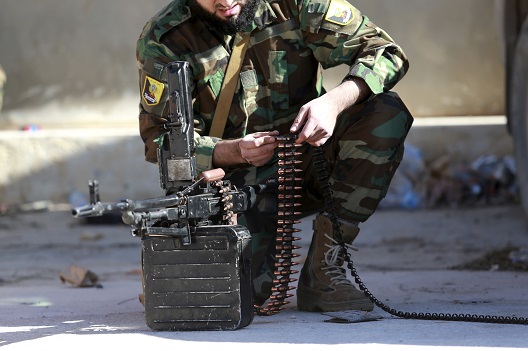 The current United Nations Support Mission in Libya (UNSMIL) mediation efforts constitutes a major step in the right direction to stabilize Libya. This initiative, however, requires sustained diplomatic pressure by international actors (regardless of which side they support), focused sanctions, and other actions as discussed recently by the EU foreign ministers. As soon as negotiators reach a credible ceasefire, a Libya will need a Peace Support Operation to enforce it to prevent the renewed outbreak of hostilities.

Realistically, the prospects for peace are not too bright. The leaders of the warring factions have not (yet) expressed their readiness for sincere negotiations, with both sides still believing that they maintain the advantage on the battlefield. Even if there is a compromise, it is unlikely that all the factional leaders will accept it.

So what are the fallback options? What is “Plan B”?

Policymakers should not make the mistake of assuming that the Libyan civil war consists of only two sides. Although the House of Representative (HoR) based in Tobruk and the General National Congress (GNC) based in Tripoli dominate the political discussion, shifting allegiances and volatile tribal dynamics suggest a much more fragmented environment. The respective leaderships hold limited influence over the armed elements in the conflict. The HoR-aligned Operation Dignity and GNC-aligned Operation Libya Dawn each comprise unconsolidated groups of militias and remaining army elements united by a common enemy. Several of them adopt one alliance or the other in nothing more than name.

The Zintani coalition only operates in loose coordination with former Qaddafi-era General Khalifa Haftar’s Operation Dignity, despite its official membership in it. They take no orders from Haftar or from HoR Prime Minister Abdullah al-Thinni. The militant Islamist Ansar al-Sharia branches in Derna, Benghazi, Sirte, Sabratha, and other parts of the country do not even coordinate among themselves, let alone with Operation Libya Dawn or GNC Prime Minister Omar al-Hassi’s government. The elements of the Islamic State in Libya operate completely independently of either alliance and wide areas of the remote south are a no-man’s-land, where terrorist groups and militias operate almost entirely unhindered.

None of the warring factions will likely win decisively any time soon. The Salafi jihadist groups like Ansar al-Sharia will become more influential in the Libya Dawn Coalition and on al-Hassi’s government. As the GNC loses control of these elements, extreme elements will push aside moderate groups and individuals, reducing the political space for compromise. The more pressure exerted on the Islamic State in the Middle East, the more active they could become in Libya, potentially escalating their activity to targeting Western and oil interests.

Without significant foreign support to the internationally recognized government, the jihadists could consolidate their position in several parts of Libya, providing terrorist groups with a safe haven and a logistic base. The disintegration of the rule of law would prevent any significant economic development and promote criminal activity, including human trafficking to Europe.

Egypt, suffering from its own challenges with extremism, would prevent the establishment of a fundamentalist Islamic State on its western border by supporting the anti-Islamist coalition further on, regardless who is in charge of it. As a last resort, it would also intervene directly. Russian involvement in Libya could also increase, providing desperately needed maintenance support and equipment to Operation Dignity. Given Russia´s difficult relations with the West, President Vladimir Putin could also use this opportunity to expand its influence in the Mediterranean.

The regional and international dynamics at play suggest the likelihood of a prolonged civil war, which could at best result in another frozen conflict. The West will have to face tough choices: Should it accept these developments? Or invest in a strategy to change the fate of Libya for the better?

The chaotic situation makes the strategic objective of a successful transition process to a stable, democratic Libya for the time being an illusion—although it should remain as a long-term goal. “Bismarck´sche Realpolitik” must temporarily replace the idealistic approach. An immediate strategic objective to prevent a radical Islamist or even a failed state would be appropriate. Although US interests in Libya differ from that of Western Europe (they are not even identical within the EU), this new strategic approach could serve both.

The choice lies between direct or indirect military intervention. Direct intervention includes formidable risks and must be carefully considered. Any kind of major Western military intervention—perhaps with the exception of a UN Peace Support Operation to enforce a ceasefire—could cost significant casualties and would raise the risk of terrorist attacks on Western targets.

Surgical strikes on very important terrorist targets and enhanced border control from the outside could be major pillars of a containment strategy. Surgical strikes can only be performed by capable Western nations or by a sophisticated Arab air force. They require accurate real-time intelligence, which can be provided solely by few nations. Enhanced control of Libya’s borders from the outside could be conducted in partnership with the neighboring countries across North Africa. Due to the extent of the borderline, a seamless surveillance is not realistic. In spite of that, a best possible effort is required to limit human trafficking, arms & fuel smuggling and the transit of terrorists. Such a strategy could be sufficient to serve American strategic interests, but would fall short for the Europeans. Its aim would be just to mitigate the risks originating from Libya.

While the conduct of the HoR and al-Thinni´s government departs from Western standards, it represents one of the few suitable partners in Libya with whom international partners could pursue the immediate strategic objective. Working with them is a matter of necessity.

The GNC and its al-Hassi government must be ignored further on. Their proximity to the Salafi jihadists and their unwillingness to act against terrorists disqualifies them as partners to prevent a radical Islamist state. Their rejection by most international players suggests any kind of recognition or cooperation would embarrass important regional partners. The questionable legal justification of their existence is no compelling reason to recognize the GNC and al-Hassi. Nevertheless, the many moderate groups of Operation Libya Dawn, particularly in Misrata, must be encouraged to exert a positive influence on their alliance to end the conflict.

Western partners—or better yet, regional partners—could provide substantial support to the internationally recognized government (including weapons after lifting the arms embargo, equipment, intelligence, and training) to the anti-Islamist forces. The military assistance should enable them to defeat the jihadists in Benghazi and Derna and regain control over the Jafarah plain in northern Tripolitania (though it is doubtful that Arab countries could satisfy all the required military needs).

Alternatively, an international military intervention on the side of the HoR could either aim for a decisive victory or focus only on some strategically important parts regions (southern Fezzan or northern Cyrenaica and the Sirte Basin). It must not necessarily be a Western-led coalition. The Arab League—which should mandate such an intervention anyway—or a group of neighboring states are probably the better option.

Both strategies, substantial support and international military intervention, must be tied to a commitment from the HoR to a timetable for the constitution and new elections under international supervision. Either approach would remove the threat of a radical Islamist state to create the preconditions for a lasting ceasefire and a negotiated solution of the conflict. The next step would encompass the pursuit of the strategic long-term goal: a successful transition process to a stable, democratic Libya. While current UN efforts to bring the warring parties to the table are laudable, experiences from other deeply divided countries suggest that a real reconciliation in the near future is not realistic.

Wolfgang Pusztai is a freelance security and policy analyst. He was the Austrian Defense Attaché to Libya from 2007 to 2012.

Image: A member of the Libyan pro-government forces, backed by the locals, is seen with a weapon during clashes in the streets with the Shura Council of Libyan Revolutionaries, an alliance of former anti-Gaddafi rebels who have joined forces with Islamist group Ansar al-Sharia, in Benghazi January 19, 2015. (REUTERS/Esam Omran Al-Fetori)