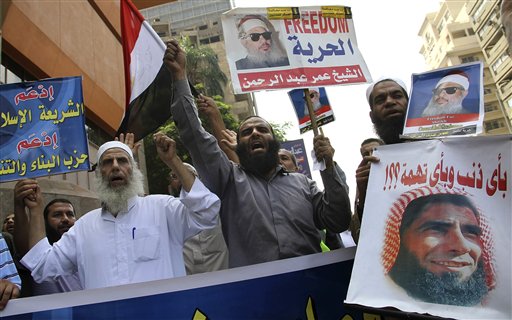 Before Marianne Shukri, a resident of Awlad Saqr in the Sharqiyya governorate of Egypt, could cast her vote, she had to call the state-run Egyptian Communications Company to determine the location of her polling station.Download the PDF The operator answered her call but before he would give her the information, Ms. Shukri was astonished by his inappropriate question, “Who will you vote for?” Surprised, she answered, “I’m not sure yet,” to which he replied, “Of course you’ll vote for the [Salafi] Nour party.”

Many have turned a blind eye to the serious abuses witnessed during Egypt’s parliamentary elections and jump to the conclusion that the process was “free and fair.” From my point of view, however, they were not. The sympathy and support expressed for the Islamist parties came not only from the switchboard operator, but also from the judges and election workers according to many reports from those who have followed the elections. This sympathy, reinforced by the indifference of the High Election Commission (HEC) that monitors the elections, has led to serious breaches of the law and the constitution during the elections process, particularly on the part of Islamists.

Those who did not call ahead and went directly to the election station, such as the poor and illiterate, found a tent in front of the station attended by a member of the Muslim Brotherhood’s Freedom and Justice Party (FJP) who sat at a computer with voter information. After that person wrote the voters’ data on a campaign flyer with a picture of the FJP candidate on it, he would write the names of the FJP candidates and draw the logo for their list. Confronted with a massive ballot form full of names, the voters would find no one they knew but for the smiling face whose party had earlier offered its assistance and whose campaign flyer they held in their hand. Despite complaints from other political forces regarding this violation of the elections law that prohibits campaigning on the day of the vote, HEC monitors took no steps over the course of the three rounds of voting to stop it.

On the other hand, the Salafists not only used mosques as elections headquarters, but also used sectarian and religious campaigning which was also prohibited by the constitutional declaration and the elections law. The end result was this: either vote for the Christian Egyptian Bloc headed by businessman Naguib Sawiris, or vote for the Nour Party or the FJP for the “glory of Islam” or “to get into heaven.” It reached the point where voting for the Bloc or the liberal parties was akin to apostasy. As a result 80 percent of the votes were cast along sectarian lines, according to the Nasar Human Rights Center, an Egyptian organization that monitored the elections.

Neither did the government investigate the Islamist parties’ violation of the financial ceiling permitted for campaigning and advertising, nor did it question the source of the massive funding – much of it allegedly obtained from the Gulf monarchies — that enabled them to prepare and campaign so effectively.

This situation was compounded by the poor and at times chaotic administration of the elections process. Under Mubarak’s rule, elections results were commonly rigged by counting the votes of the deceased. One would hope that this practice would have been eliminated in the new Egypt, so it was shocking to discover that one candidate who died  a week before start of parliamentary elections not only remained on the ballot, but amassed more than 4,000 votes in a Sharqiya district, prompting a court to order a re-run.

One election worker told me that his colleague received money from the candidates in exchange for inflating their vote counts.  Last Tuesday, several candidates held a press conference announcing that they had discovered 9 million surplus votes over the course of the three election rounds, due to voters casting multiple ballots.

All this at a time when the Supreme Council of the Armed Forces (SCAF) is waging an organized smear campaign against secular revolutionary activists and civil society groups accusing them of illegally receiving American funding without the necessary government registration permits. This harassment campaign is not limited to defamation but has also included the use of excessive force in confrontations with protesters resulting in the deaths of at least 60 activists who have criticized the SCAF’s handling of the transition. While targeting liberal activists and democracy-promoting NGOs, the SCAF has turned a blind eye to Salafi propaganda including a new Facebook group called “The Promotion of Virtue and Prevention of Vice,” clearly inspired by Saudi Arabia’s conservative Wahhabi establishment, which offers a monthly stipend of LE 500 to the group’s members. The government also ignored an imported shipment of electric detonators confiscated by the authorities from the port of Suez and neglected to open an investigation into the source of the shipment. Fistfights and altercations have been reported between Salafis seeking to prevent “vice” and non-Islamist Egyptians.

The alignment between the SCAF and the Islamists began early in the transitional period, when the Muslim Brotherhood strongly supported the referendum on the SCAF’s proposed constitutional amendments. The military seemed to reward the Islamists for their support by tolerating their violation of electoral regulations including the law forbidding the establishment of political parties based on religion.  The Islamists are now reaping the fruits of the transitional roadmap developed by the military and are working to shield Egypt’s military leaders from accountability for their actions before and after the revolution.

The Islamists are set to win two-thirds of the parliamentary seats, which could grant them the final say over the trajectory of Egypt’s transition. Their parliamentary majority will also enable Islamists exert significant influence over the drafting of the post-revolution constitution, which will need to address the integration of Islamists into a democratic political process. If Salafi groups seek to incorporate their vision of an Islamic state into Egypt’s future legal framework, they could provoke a new round of confrontations between the SCAF and Islamists.

This article was originally written in Arabic and translated by Tarek Radwan.