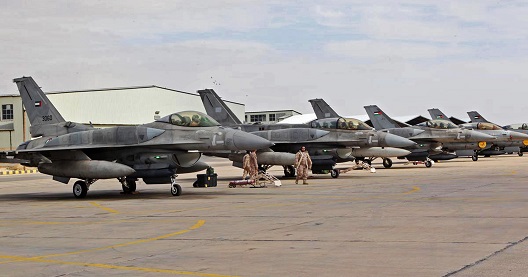 President Barack Obama’s dilemma is understandable. The man has a serious allergy to the mess that is the Middle East and he made it clear from the beginning of his first term that he has other priorities, both domestic and international, on which to spend time and treasure. He also is unsure of where US interests are at risk in the region. Where he is sure they are, he relies on drone technology to help cut the risk down. After six years of this misguided strategy, it is futile to keep bashing his foreign policy on this score. But what about Arab governments and rulers? What is their excuse for allowing a relatively small group of thugs, a ragtag army led by men with minds stuck in the seventh century, using swords to decapitate and fire to burn their captured prisoners at the stake?

To begin with, Jordan’s response—with all due respect and sympathy for the family of the Jordanian pilot and the understandable outrage felt all over the country—has thus far consisted of executing two ISIS prisoners and increased air raids to show  Jordan’s strength in the face of terrorism. Other members of the anti-Islamic State (ISIS or ISIL) coalition have delivered the expected condemnations, including President Obama’s, “It’s just one more indication of the viciousness and barbarity of this organization.” So, in addition to air action, we are racking up the indications of this group’s barbarism. A Lebanese saying comes to mind: “The one counting the blows is not in the same condition as the one receiving them!”

President Obama is right about one thing, ISIS remains first and foremost an Arab and Muslim problem against which the states in the region should take ownership of the fight—not to mention other extremist groups in their midst. Yet his call for action runs into the crux of the matter: ISIS in particular and religious extremism in general clearly indicates and directly results from the bankruptcy of most Arab regimes. Islamic extremism fills the void left by Arab dictators who crush any secular, liberal, political, or civil society organizations, leaving the political arena open only to those who do not need secular organizations to thrive. The failure of those regimes to meet the growing needs of their people also leaves the young and the frustrated looking for alternatives. Many become galvanized by the slogan, “Islam is the solution,” and seek to reconstruct a glorious past in the hope of escaping a depressing and humiliating present.

The chaos produced by the civil war in Syria and Bashar al-Assad’s blind slaughter of his own people made ISIS’s rise and growth possible; just as Nouri al-Maliki’s poor governance strategy in Iraq aided and abetted it; just as regime failure in Yemen has led to the Houthis’ dominance at the southern tip of the Arabian peninsula. In all cases, the impotence of the Arab regimes to stop the extremists has led them to brazenly blame the failure of US foreign policy—in some cases even accuse the US of deliberately fomenting extremism—in order to divert attention from their own paralysis and total lack of interest in efforts to solve their own problems.

These are revolutionary times in the Middle East. The Arab Uprising of 2011 reflected a deep-seated and genuine desire for change, transcending borders and social classes. This desire resonated most deeply among the secular liberal youth who uniformly asked for reform, democracy, and ultimately a change in the regimes that proved incapable of supporting their demands. The problem with these uprisings is that they had neither the numbers nor the force with which to back up their demands once some of the leaders fell. In Libya, Egypt, Yemen, and Syria, the removal or weakening of the rulers simply unleashed tribal, military, and extremist forces that then vied for power and had the military means with which to do so. Chaos and mayhem were almost inevitable, with the single exception of Tunisia.

Nevertheless, this is how revolutions begin. Regimes that smugly sit on the sidelines feeling superior to the hapless people in Libya, Egypt, Yemen, and Syria, should take heed. Their inability to help their brethren resolve their power struggles make them vulnerable to the same forces of change, thereby risking the turmoil and misery that seem to follow. US policy ought to push more consistently for democratization, something President Obama promised in his famous Cairo speech in 2009. To those rulers, thus far untouched by the uprisings and their turmoil, the message is clear:

Syrian poet Nizar Qabbani wrote his famous poem, “When will they announce the death of the Arabs” in 1994. He lamented the apathy, corruption, and lack of creativity and productivity in the region. He asked rhetorically at the end of the poem, “If the Arabs died, where would they bury them and who would weep for them?” Nizar’s poetic sarcasm, like that of this writer, reflects deep bitterness and disappointment with a society that inherited a great culture with great potential but, unfortunately, wallows in selfishness and short-sightedness, and continues to be ruled by an elite that is for the most part rotten to the core.

Image: F16 fighter jets from the United Arab Emirates (UAE) arrive at an air base in Jordan February 8, 2015. A squadron of F16 jet fighters from the United Arab Emirates arrived in Jordan on Sunday a day after the Gulf state announced it was being sent to bolster the coalition's military effort against the Islamic State. It will conduct joint air strikes with Jordanian colleagues against the Islamic militants, Jordanian officials said on Saturday. REUTERS/Petra News Agency