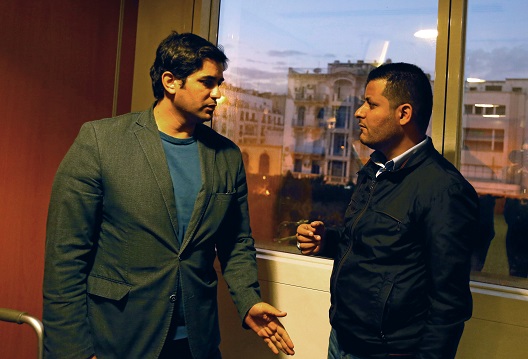 The impression that the political situation in Libya is stalled is widespread. The lack of productive movement from national-level actors is undeniable: the UN-led mediation is faltering, the transitional government in Tripoli is not moving forward as fast as it should, and the House of Representatives (HoR) in Tobruk continues to under-perform, plagued by a constant lack of quorum. The HoR continues to face the usual accusations of being under the control of General Khalifa Haftar and his Libyan National Army. The General himself is not moving much beyond releasing a series of interviews and declarations in which he affirms his acceptance of the UN-led mediation to the international stage, but at the same time professes his pessimism about its potential success, and threatens to directly intervene, assume control, and “save” the country.

Nevertheless, a simple shift of focus reveals a productive action at the local level. Municipal councils and mayors across Libya have been working to provide basic needs and services to their communities. These local authorities have also taken on the task of trying to provide governance at levels above that of their immediate communities. They are creating occasions to meet and collaborate with other local authorities in an effort to improve service provision and provide security and stability.

This week, the coastal town of Shahat in eastern Libya hosted a forum of mayors that produced a statement stressing the unity of Libya and a condemnation of terrorism and extremism. The statement further called for national elections, an acceleration of the UN initiative to break the political deadlock, and for the HoR and High State Council to take up their responsibilities and form a unified government. While a promising development, it is worth noting that representatives from all of Libya’s municipalities did not participate. Reportedly, some stayed home because they objected to the participation of mayors who were not democratically elected.

Moreover, mayors and municipal councils have gathered multiple times in the past year, indicating an increased effort by local actors to find common cause and speak with a unified voice about the difficulties facing their communities. Last December, more than ninety mayors from across Libya convened in Tunisia where they discussed a variety of challenges, such as limited capacity in public service delivery, insecurity in many parts of the country, and economic hardships. Moreover, this gathering yielded a consensus on the ways in which municipal councils can be empowered to respond to the needs and aspirations of their communities. The suggestions include ways to decentralize power and authority, particularly by having the central government prioritize municipal budgets, elevate the role of municipalities in local security, and implement the local administration Law 59. The GNC passed the latter in 2012, which decentralizes government authority in Libya by breaking the country into over one hundred municipalities.

Last July, the city of Sabratha hosted a gathering of forty-seven municipal leaders in which they agreed to create an Association of Libyan Municipalities to provide a unified voice for municipalities when addressing national institutions. At the time, they also agreed that the Association would elect a nine-person leadership council with equal representation from the three major regions in Libya: Cyrenaica, Fezzan, and Tripolitania. In addition to these efforts to bring municipal councils together from across Libya, there have also been several regional gatherings where mayors and local authorities have sought to address the common needs within their region. Often these needs relate to lack or inconsistent fuel supply and access to health care or transportation.

Independently, many municipal councils have sought to find pragmatic solutions to their communities’ needs either by lobbying national institutions for resources or finding local funds to fill the gap. For example, the eastern city of Tobruk’s acting mayor, Ali Saghir, met in July with the chair of the Presidency Council in Tripoli in order to solicit needed funds for the municipality. Reportedly, Saghir decided to head to Tripoli to seek the funds after a meeting in Tobruk at which officials “decided that the town’s needs were greater than political allegiances.” Additionally, the mayor of Zliten, in western Libya, promised to find funds locally to address the needs of the municipal hospital after publicly criticizing the UN-backed Government of National Accord’s (GNA) Ministry of Health for failing to deliver on the promised funds. Another mayor who has been pressuring national institutions for needed resources is Sirte’s mayor, Mukhtar al-Madani. Following the expulsion of ISIS from the Sirte in late 2016, al-Madani has consistently pressed the GNA-linked Presidency Council and government ministries to fulfill pledges to allocate funds for reconstruction and the delivery of basic services, which, so far, has not happened. These mayors’ actions demonstrate pragmatic and persistent efforts to address the needs of their constituents as well as a willingness to call national actors to account when promises of support do not materialize.

Libyan national actors would be ill-advised to not prioritize the increasing demands for local governance. Libyans perceive municipal councils as the most legitimate representatives of local communities, according to a 2016 survey done by the International Republican Institute (IRI). As mayors and municipal leaders meet, the common thread of demands includes the need for more decentralization through the implementation of Law 59 as well as municipal budgets that are sufficient to ensure public service delivery. Pragmatic solutions to local needs undoubtedly will proliferate and potentially be replicated as mayors and municipal councils continue to speak with each other. It also provides the opportunity for these municipal actors to emphasize local needs and priorities in a unified voice that is more influential among Libya’s national actors.

The activism of the local authorities is an encouraging sign of vitality, willingness to participate, and motivation to work not only for the good of the immediate communities but also for that of wider entities such as regions and provinces. This does not imply that a national government is irrelevant or less important; to the contrary, the more the local communities undertake in terms of tasks and duties, the more they need a central authority to establish standards and coordinate local actions and initiatives as well as the functionality and transparency of their administrative duties. This type of collaboration between national and local authorities is needed to build government legitimacy and stabilize Libya. The international community can assist by encouraging efforts among municipal councils and other local authorities to gather, share, and find areas of agreement. It can also support efforts to ensure that local bodies retain legitimacy among the communities they represent. A unified voice emanating from municipal councils has the potential to not only improve conditions for the communities they represent, but also to push national actors towards pragmatic solutions that can restore stability and invigorate nation building efforts.

Frank Talbot is an independent research consultant focused on conflict analysis and transitional governance in the Mediterranean region. Follow him on Twitter @talbotfd.