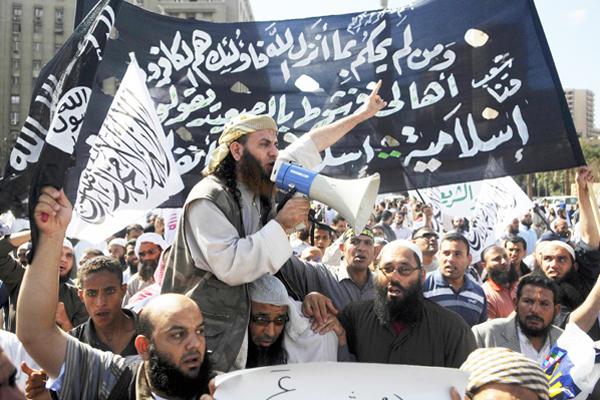 Up until recently, the majority of the Salafi parties in Egypt were planning to vote against the constitutional draft that is to be put to a referendum in two weeks. While some hardliners continue to call for a boycott, the vast majority are mobilizing in favor of the constitution. Their opposition to the constitution lay in the fact that they viewed it as not being ‘Islamist’ enough, and had called for a strict implementation of Sharia, including Sharia judgments. At first glance, it would appear that there is no clear article that addresses this concern in the proposed constitution. However, upon closer scrutiny, one finds it hidden, in a few unassuming words in an article that has largely gone unnoticed: Article 76.

The principles of Islamic Sharia include general evidence, foundational rules, rules of jurisprudence, and credible sources accepted in Sunni doctrines and by the larger community.

This means that any Sharia-based judgments spanning the 1,400 years of Islamic jurisprudence or any judgments that have been issued by a ‘credible source’ are in accordance with Egypt’s draft constitution. This includes anything from the well-known punishments for theft, adultery, idolatry or murder – cutting hands, whipping, stoning to death, paying your way out, respectively – to the lesser known social crimes that no moderate Muslim today would consider to be criminal. It is the constitutional equivalent of criminalizing witchcraft, and allowing for the Catholic Church’s medieval punishment, since that was once part of Catholic jurisprudence.

If this constitution is passed, Cairo will truly become Kandahar, with the blessing of the Egyptian President and the Muslim Brotherhood. Hope that Gaza cease-fire was worth it, dear President Obama.

Mahmoud Salem is an Egyptian blogger and activist, better known as Sandmonkey.