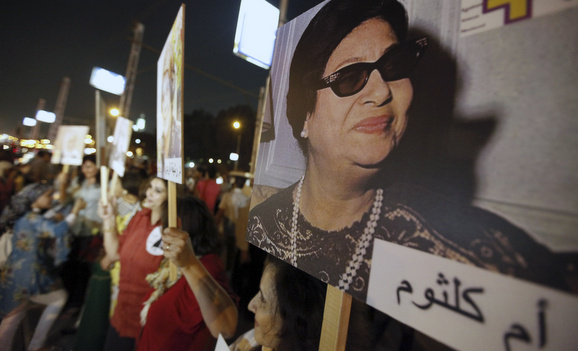 As of today, demonstrations continue across Egypt, both in support of and against the recently completed draft of the constitution. Demonstrations against the constitution have been fueled by fear that the brand of the newly emerged strains of conservative Islam would be imprinted on it. Nowhere is that more a matter of concern for some than in terms of women’s rights in Egypt.

A Regression on the 1971 Constitution

During the drafting process, Article 68 of the constitutional draft stipulated that women’s rights have to adhere to the “rules” of Islamic jurisprudence, a body of Islamic civil law whose interpretations are equivocal and debatable. All other clauses in the draft not relating to women were merely constrained by the “principles” of Islamic jurisprudence, a far less definite and incriminating use of semantics.  The question of who interprets and defines Sharia law would have posed a problem. If Al Azhar, the highest authority on Sharia law, validates certain interpretations, but the Muslim Brotherhood, or the Salafi political parties disagree, what then?

Ratified in 1971, the previous constitution also restricted women’s rights under the guise of Islamic jurisprudence, but the context differed under Anwar El Sadat’s presidency. El Sadat’s internal policies succeeded at quelling the voice and visibility of conservative and extreme Islamists. In the context of political strains of conservative Islam in power, the fear is that it will be women’s voices and visibility that will be quelled.

A highly controversial move by the Constituent Assembly caused members like rights activist Manal al-Tiby to withdraw from the assembly in early October, 2012. The assembly unabashedly removed an article in the constitution that had set a minimum age for women to get married and criminalized the trafficking of female minors.

“As phrased, Article 70 on the rights of the child does not define the child as anyone under 18,” says Heba Morayef, Human Rights Watch (HRW) Director based in Cairo. “So there is no protection against child marriage. CA members specifically refused to include that precisely because they want to allow early marriage.”

Former first Lady Suzanne Mubarak had long endorsed many civil society organizations’ battle against human trafficking, which included child marriages. Many rural families, as well as those in low-income urban areas believe that marrying a girl early on safeguards against sexual deviance later on, some as young as nine years old. Referring to the law that protected young girls from early marriage as the “Suzanne Mubarak Law,” is an intentional negative association with the former regime. As a result, the language relating to the prohibition of “human trafficking” was removed.

“The problem is that what was omitted from the constitution is equally important to what was ultimately included,” says Morayef. “So our concern at HRW and that of many child rights groups is that because of discussions that occurred around the CA and statements by members, the refusal to define a child or to include a prohibition on the trafficking of children is indicative of plans to revise existing legislation which currently sets marriage age in Egypt at 18.”

Article 70 does not explicitly protect children from early marriages, nor does it explicitly prohibit the practice of Female Genital Mutilation (FGM). There is a growing fear among those against the draft constitution that Article 10, part of which stipulates that the state will “protect the values of the Egyptian family,” may allow for the practice of FGM. The ambiguity of Article 70 could easily be used to justify or defend FGM.

No Protection from Gender Discrimination

Article 10 is also quite problematic for women’s rights. It retains elements of the 1971 Constitution, stating “The state shall provide free motherhood and childhood services and shall balance between a woman’s obligations toward the family and public work. The state shall provide for special care and protection for single mothers, divorced women and widows.”

In a report released on November 30th, Human Rights Watch said, “The state’s role should be confined to ensuring equality and non-discrimination, without interfering with a woman’s choices about her life, family, and profession or to justify discrimination on that basis.”

The failure to specify discrimination on the grounds of gender is further reiterated in Article 33, which states, “Citizens are equal before the law and equal in rights and obligations without discrimination.” The article does not specify the kind of discrimination, be it gender, religious, etc., nor does it clearly state who this provision covers.

Will Women’s Role in Society Diminish?

Concerns voiced over the lack of protection of women’s rights under the draft constitution have fallen on the deaf ears of Morsi and his male cabinet. It comes as no surprise that ensuring the rights of women is not a top priority to the Constituent Assembly, which is by no means a true representation of the Egyptian population.

A closer look at the roles of the female members of the MB puts into perspective how women are viewed as members of society. Female members of the Muslim Brotherhood make up almost 25% of the organization. These women have long been active in the role of mobilizing voters, and working at the street level. They are however forbidden from voting or running in the Brotherhood’s internal elections, and banned from taking part in the group’s two supreme decision-making bodies, the Shura Council (the legislative body) and the Guidance Bureau (the executive arm). This is despite the fact that women in the Freedom and Justice Party – the political arm of the Muslim Brotherhood – hold more key roles and positions within the party.

Egyptians will soon be put to the task of voting in the constitutional referendum. The Internet and social networks are already inundated with campaigns to boycott the referendum, on the basis of the illegitimacy of the Constituent Assembly itself. Other campaigns are trying to mobilize Egyptians to vote ‘No’, citing that a boycott will allow the constitution to pass. Protestors are still camped out in Tahrir Square, and the liberal media is arduously galvanizing the public into action. We are yet to learn of the fate of women under the new constitutional draft. But whatever it may be, the thousands of women’s groups, civil society organizations, NGO’s, women’s pressure groups, and local community groups will not sit by idly.

Nahla Samaha is a writer/editor with a BA (Canada) and an MA (UK) in Critical Cultural and Communication Theory. She has been in the publishing industry since the year 2000, and currently works with regional publications in Dubai, Beirut, and Cairo.