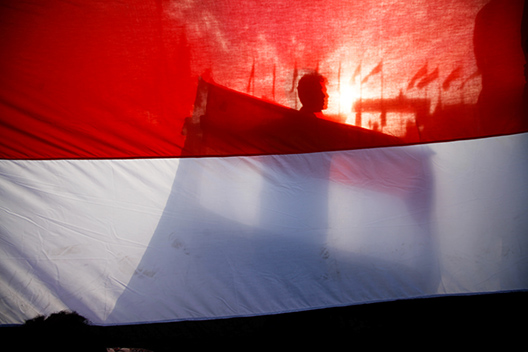 The relationship between the United States and Saudi Arabia has witnessed considerable strain over the past few years, but increasing reports documenting poor targeting practices and disproportionate collateral damage in the Saudi-led coalition’s conduct of the war in Yemen has sparked an unprecedented outcry in the US Congress. When examined alongside a similar backlash taking place in the United Kingdom, it becomes clear that the human toll caused by Saudi air strikes has widened the rift between it and its long-standing allies in the West. Unless and until Saudi Arabia takes meaningful measures to allow the impartial investigation of attacks on noncombatants, eliminate indiscriminate bombing of civilians and civilian structures, and hold those in command of Yemen operations to account, the widening rift could hold serious consequences for its international relations.

The US Senate voted on September 21 to set aside a resolution that would have blocked a $1.15 billion arms sale to Saudi Arabia—in effect, allowing the sale of tanks, armored vehicle parts, and ammunition to pass unrestricted. Under normal circumstances, most observers of congressional politics would find nothing surprising about this result, given the long-standing ties between the United States and Saudi Arabia. This time, however, twenty-seven US Senators voted in favor of blocking the sale. While falling short of the fifty-one votes needed to win, the number of votes against Saudi interests nevertheless demonstrates a rising frustration with the daily loss of civilian life, collateral damage that includes humanitarian efforts to mitigate the suffering caused by the conflict, and damage to essential infrastructure necessary for post-conflict reconstruction.

To be clear, no Senator truly believed that the vote on the bipartisan bill introduced by Republican Sen. Rand Paul and Democratic Sen. Chris Murphy would have seen the light of day. Even if the bill had passed the Senate floor, it would still have faced the hurdle of passing a corresponding sister bill introduced by Democratic Representative Ted Lieu in the House of Representatives before it landed on President Barack Obama’s desk. In the unlikely event it had gotten that far, President Obama would undoubtedly have vetoed the bill, not least for its potential to threaten the Arab Gulf States’ tenuous acceptance of the Joint Comprehensive Plan of Action deal with Iran. As such, supporters of the Murphy-Rand legislation recognized the motion for what it was: a message to Saudi Arabia that it could not use US weapons to conduct its operations without regard to civilian casualties—a practice that would delegitimize any new regime in Yemen and contribute to a growing extremist threat in the country.

The Saudi-led coalition’s operations in Yemen began in March 2015, ostensibly to restore Yemeni President Abdrabbo Mansour Hadi to power after Houthi rebels allied with forces loyal to Yemen’s former president Ali Abdullah Saleh took over the government. Many analysts, however, view Saudi Arabia’s involvement in the conflict as a proxy struggle with a hegemonic Iran trying to gain a foothold in Yemen. A number of attempts at a peaceful political resolution to the crisis led by the UN Special Envoy Ismail Ould Cheikh Ahmed have faltered in Kuwait and Oman, with talks collapsing most recently in August after the Houthis formed a governing council against UN warnings. Each party to the conflict blames the other for the failure of a negotiated solution, exacerbating a disastrous humanitarian situation.

While reports of Houthi violations of international humanitarian law have increased (particularly with regard to the use of child soldiers), human rights organizations and UN agencies have attributed most of the civilian suffering to the Saudi-led coalition. Since its operations began in 2015, the United Nations estimated the death toll to have reached more than 10,000—among them 3,800 civilians, with 60 percent attributed to coalition air strikes, according to UN Humanitarian Coordinator Jamie McGoldrick and other UN officials. The UN Office of the High Commissioner for Human Rights released a statement citing the restrictions imposed by the coalition’s blockade of humanitarian goods into the country and condemned the use of cluster bombs—a banned weapon in conflict—in and around Yemen’s capital of Sana’a. Beyond the direct human casualties, air strikes targeting the economic infrastructure have also increased reconstruction and humanitarian costs for a population that struggles under the weight of open conflict. Human Rights Watch documented at least thirteen air strikes on civilian structures between March 2015 and February 2016 where no discernable military target was present.

Saudi Arabia has largely been unwilling to change its behavior. It blocked calls for an investigation into these alleged violations through the UN Human Rights Council, creating instead a Joint Incident Assessment Team (JIAT) consisting of experts from Arab Gulf countries. The JIAT has mostly absolved the coalition of any wrongdoing in the handful of incidents it has investigated. The lack of accountability, despite the mounting reports of human rights violations, has prompted Representative Lieu to lobby US ambassador to the United Nations Samantha Power to support a resolution in the Human Rights Council calling for an international monitoring mechanism.

Such reports also sparked an outcry in the UK similar to that in the US Congress. The UK’s Department for International Trade oversaw arms sales to Saudi Arabia that have surpassed $4 billion since the beginning of its Yemen operations. Public outcry helped prompt a review in the House of Commons, with a leaked report from the Committee on Arms Export Control revealing its recommendation to halt the export of further arms to Saudi. Disagreements among representatives who do not want a strongly worded report against Saudi Arabia have obstructed issuing a final report, until which a vote remains unlikely. Nonetheless, increasing pressure will likely force the UK government into an uncomfortable position that would force it to consider a vote on the matter.

Whatever the outcome, the chorus of voices against the Saudi coalition’s conduct in Yemen has begun its crescendo. Whereas geopolitical considerations regarding the West’s concern over terrorism and maintaining a strategic balance in the Middle East support continued arming of Saudi Arabia and its allies, the pressure from UN agencies, civil society organizations, and ordinary citizens will increase the political cost of blindly supporting Saudi’s pursuit of its national interests in Yemen without regard to the laws of war. Although the JIAT is a welcome step to support accountability, it is insufficient without an international counterpart for those who may view a body comprised of Arab Gulf nationals as lacking in objectivity. As the human cost of the war mounts, more Yemeni actors may become convinced that neither the Houthis nor a Saudi-backed government can provide the opportunity for a normal life and fall prey to the extremists attempting to fill the vacuum. Responsible conduct and accountability remain the best bet for Saudi Arabia to secure its southern border and maintain its strategic international relations.

Tarek Radwan is the Advocacy Director at the Arab Center for the Promotion of Human Rights and a nonresident fellow of the Rafik Hariri Center for the Middle East. Follow him on Twitter @tradwan.

Image: A boy holds a Yemen flag as he stands behind a big flag during a ceremony marking the anniversary of the September 1962 revolution in Sanaa, Yemen, September 26, 2016. (Mohamed al-Sayaghi/Reuters)