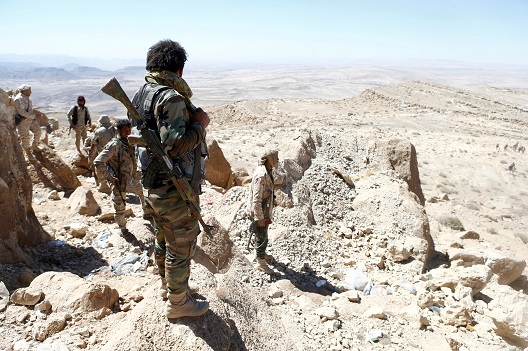 As early as 2007, while serving as Deputy Chief of Mission at the US embassy from 2004-2007, I argued that the central government needed to pay attention to legitimate grievances to prevent constant warfare in the north and a potential secession of the south. At the time, the late president Ali Abdullah Saleh prohibited foreign diplomats from visiting the Saada region in the north, claiming that security conditions made any trip there a dangerous proposition. My colleagues and I, however, frequently visited the south.

During every trip, I received an earful about southern grievances. They all centered on feeling disrespected by the central government: too few southerners in government positions; minor representation in military and security establishments; unfair extraction of southern resources with hardly any return. Southerners often describe a culture different from the rest of Yemen: more secular, worldly, and capable of joining the modern world. To that end, they often think of their region more as “Southern Arabia,” rather than South Yemen. Hardly anyone, however, disassociated themselves totally from their Yemeni identity. Similarly, northerners felt imposed upon by a central government allied with Saudi Arabia and Wahhabi Salafism; they felt dismissed during border negotiations with their northern neighbor June 2000; and overlooked when the terms were agreed upon. Despite sectarian differences, some dream of a lost Imamate, namely the Houthis and others in the north who largely feel they represent Yemen first and foremost.

A corrupt government ruled the capital Sana’a and the ruling General People’s Congress (GPC) party embodied the Saleh patronage system (exchanging loyalty for goods, services, and money). Good governance was an afterthought. The same problem that plagues every authoritarian regime in the region plagued Yemen. Authoritarian regimes—whether ethnically, religiously, or tribally based—often abuse minority communities to the point of rebellion when given the opportunity. Such behavior, however, rarely ends well in the Middle East. Whether speaking of the Kurds of Syria, the Kurds of Iraq, the Houthis of Yemen, or southern Yemenis, they all fall into the same trap. The Houthis dream of control and autonomy, spurred by a power vacuum and an encouraging hand from Iran. Similarly, southern Yemenis see the same opportunity, driven by Arab Coalition support—particularly the United Arab Emirates (UAE).

The power vacuum left by Saleh’s departure enticed the Houthis to reclaim Sana’a, and the southern Hirak to try to move against Sana’a as well—but the vacuum which enticed them produced chaos and regional intervention—making it difficult on all parties to achieve their goals. The Houthis have little to no chance of ruling Yemen and the southerners struggle to balance their own divisiveness with the conflicting interests of Saudi Arabia and the UAE.

The Houthis can defend their own region (and likely Sana’a itself) for a long time to come. Yet despite some financial and military support from Iran, they lack the political maturity and skill to unify and rule Yemen. Their inexperience and total ineptitude at governance stand in the way of appealing to a majority of Yemenis, even in their own region. For southerners, the Southern Transitional Council (STC) has attempted to galvanize southern discontent and unify a splintered political community. The STC, however, cannot even unify the disparate Hirak factions who started the drive for secession in the first place. Factoring in the Security Belt and Nukhba forces (supported by the UAE) and tribal forces from Dali’, Lahj, Jawf, Ma’rib and Hadramawt (supported by Saudi Arabia); these groups combined are a combustible and unmanageable mix of forces and loyalties. Al-Qaeda in the Arabian Peninsula (AQAP), the Islamic State (ISIS, ISIL, Daesh) fighters, and other mercenary forces also maintain fluid alliances resistant to centralized command and control efforts by those who back them.

Yemen’s President Abdrabbo Mansour Hadi remains mostly irrelevant, relying on the so-called mantle of legitimacy as his only pedestal of any significance (for as long as his regional and international patrons continue to give it their grudging nod). The Saleh family’s alliance with the Houthis was odd enough (given their competitive and violent history), but the realignment with Hadi and his Vice President/General Ali Mohsen is even more peculiar today in light of the ex-president’s attempts on Mohsen’s life to ensure his son’s ascension to power.

Hadi is no longer capable (if he ever was) of unifying and leading the country. In the absence of a charismatic figure to inspire and unify the masses, the various warring factions have no better option except to form a temporary government to reverse the country’s free-fall. How they divide the spoils matters less than an end to the pursuit of their respective grandiose dreams before there are no Yemenis left to rule. Regional powers would be well advised to facilitate local arrangements for peace or, at a minimum, remove themselves as obstacles to such arrangements. Following the same self-defeating path would only prolong the war, increasing their political and financial costs as more Yemenis pay the ultimate price.

The youth who started the 2011 uprising and exposed the corruption of the central government have little recourse inside their own country due to the chaos that consumes them. They have taken their activism abroad, showing the world what Yemenis can do in civil society, journalism, and organization-building. Their time has not yet arrived, but who knows what dreams may come and what directions the country might take once the guns have fallen silent and good governance is again in search of champions to lead the way.

Dr. Nabeel Khoury is a nonresident senior fellow at the Atlantic Council’s Rafik Hariri Center for the Middle East. After twenty-five years in the US Foreign Service, Khoury retired from the US Department of State in 2013 with the rank of minister counselor. Khoury served as deputy chief of mission at the US embassy in Yemen (2004-2007).