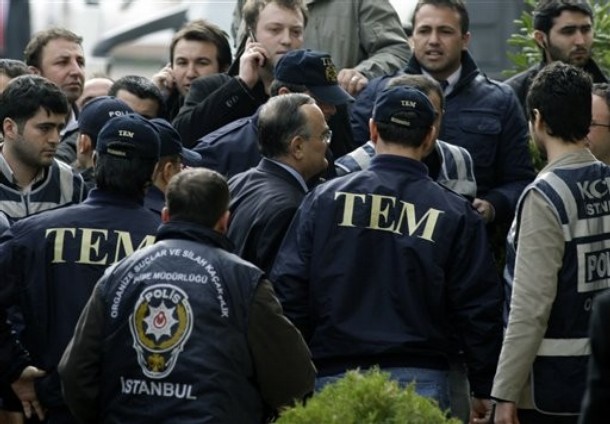 From Suzan Fraser, the AP:  A court on Monday indicted 196 people, including four retired military commanders, of conspiring in 2003 to overthrow the Islamic-oriented government in an alleged plot that highlights tension between Turkey’s pious leadership and its secular opponents.

A 968-page indictment accuses the suspects of planning to create chaos and pave the way for a military takeover in an alleged conspiracy dubbed "Sledgehammer," the Anatolia news agency and other media reported.

They face up to 20 years in prison if convicted of attempting to bring down the government and membership in an illegal organization, according to the Dogan news agency. Most were detained in February — but subsequently released — after a newspaper, Taraf, published allegedly leaked copies of documents detailing their plans.

No trial date has been set.  (photo: AP)