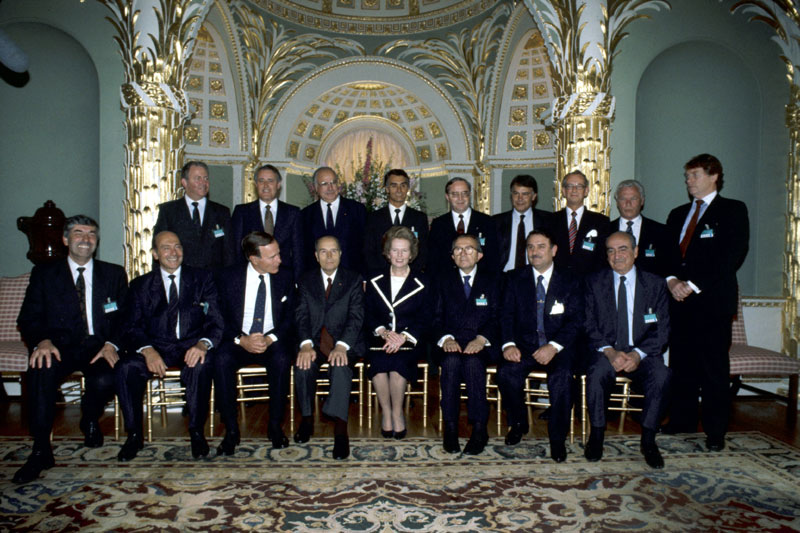 From NATO:  “Today, our Alliance begins a major transformation. Working with all the countries of Europe, we are determined to create enduring peace on this continent.” NATO’s Declaration on a Transformed North Atlantic Alliance issued at its London Summit of 5-6 July 1990 was a seminal moment in Alliance history. …

The London Declaration was the Allied leaders’ response to the dramatic changes in the security environment that rapidly followed the fall of the Berlin Wall in November 1989. It set the scene for the transformation of the Cold War NATO and laid the foundations for what NATO has become today.

“Our Alliance must be even more an agent of change. It can help build the structures of a more united continent, supporting security and stability with the strength of our shared faith in democracy, the rights of the individual, and the peaceful resolution of disputes.”   (London Declaration, July 1990)

Today, on the eve of NATO’s Lisbon Summit in November 2010, the Allies are engaged in in-depth discussions on a new Strategic Concept for the Alliance. …

The Alliance continues its process of transformation in order to be able to address more effectively the ever-evolving security challenges of the 21st century. Yet, the basic principles set out in the London Declaration twenty years ago remain valid today.  (photo: NATO)