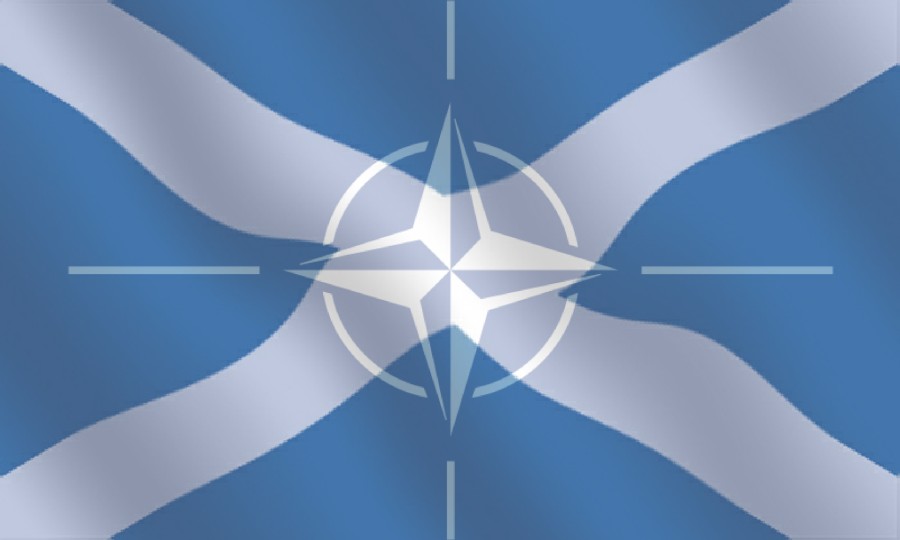 From Tom Peterkin, the Scotsman:  Three-quarters of Scots believe that an independent Scotland should stay in Nato, according to a new poll published as the SNP considers ending its long-standing opposition to the nuclear defence alliance.

The overwhelming popular support for Scotland remaining within the Nato fold after any break-up of the UK will boost Alex Salmond’s bid to persuade SNP activists to set aside their hostility to the organisation, which has a defence strategy based on a nuclear deterrent.

Salmond and his defence spokesman Angus Robertson face opposition from SNP members, many of whom believe that joining a nuclear alliance is incompatible with party policy to remove Trident submarines and missiles from Scottish waters.

And despite opposition to Nato being a commonly held view amongst the SNP’s 20,000 members, the poll showed that 70 per cent of SNP voters thought an independent Scotland should be part of the defence treaty.

The percentage supporting Nato increased when those supporting the pro-Union parties were asked. Seventy-eight per cent of Labour voters believed in staying in Nato compared with 89 per cent of Conservatives and 82 per cent of Lib Dems.  (graphic: Peter A. Bell)