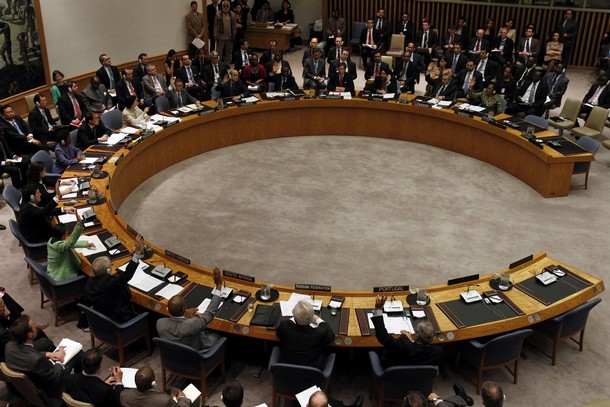 From Ullrich Fichtner, Spiegel:  The German abstention on the evening of March 17 was a mistake in the eyes of many UN observers and diplomats. The more time that passes, the more people at UN headquarters in New York are likely to call a spade a spade. The Germans’ abstention was "clearly a case of foreign policy suicide," says a senior member of a UN delegation represented on the council. …

The question of why "we" are not acting accordingly and why "we" are not joining our friends in shaping a world without Gadhafis and Gbagbos remains unanswered. But it is a core question of current German foreign policy. And it seems that no one in the German government has a convincing answer.

For the moment, Germany is on the wrong side of history. At least that’s how the French, the British and the Americans see it, even if they would never admit it publicly. Germany does not seem reliable, as Westerwelle constantly claims. In fact, Germany seems rather unpredictable at the UN Security Council — and unusually isolated within NATO, so much so that the German military is withdrawing its ships from the Mediterranean, almost like a saboteur. Columnists in France and England have questioned whether politicians in Berlin are sufficiently mature when it comes to foreign policy. …

This aspect of foreign policy is hardly ever discussed in Berlin or discussed enough elsewhere in the country. That nations like Germany, which adhere to high values and human rights, must occasionally stand behind their convictions is a thought that a stable majority of Germans never seems to understand. The rights, and freedom, simply exist. The obligations, and the constant battle over achievements, are forgotten.

And because the government tends to follow behind or press just ahead of this social majority, or because it now recruits members from within its ranks, Germany can generally hope that its own values will be defended by other nations — most notably the United States, but also France, Canada, Great Britain, the Netherlands, Poland and even little Denmark.

It’s strange that almost all of Germany’s neighbors perceive it as a question of honor and national duty to engage in risky actions to help others in acute emergencies. Germans, on the other hand, perceive it as an unreasonable demand, and whenever possible they prefer to help, not with deeds, but with money and encouraging rhetoric.

Translated from the German by Christopher Sultan.  (photo: Reuters)