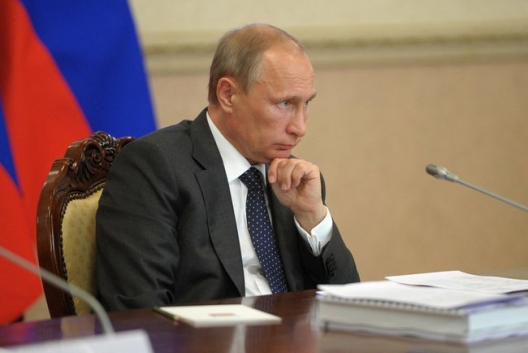 Now, an unprecedented period of peace has been challenged by Russia’s aggression against Ukraine. For the first time since the end of World War II, a European country has grabbed part of another’s land by force. Day after day, we see evidence of a disruptive Russian presence inside Ukraine, the massing of combat-ready troops around its borders and a cynical attempt to rebrand Russia as the provider of humanitarian aid. The tragic downing of Malaysia Airlines Flight 17 showed only too clearly the global consequences of Russia’s reckless actions. . . .

In a few weeks, at the NATO summit in Wales, we will take the steps needed to make NATO fitter, faster and more flexible to address future challenges, from wherever they come. This Readiness Action Plan should have three key components.

First, we need to build on the steps we have already taken to assure NATO allies’ security, to make them sustainable for the longer term.

Second, we need the presence of NATO forces in Eastern Europe for as long as necessary; upgraded intelligence gathering and sharing; updated defense plans; and an expanded training schedule with more exercises, of more types, in more places, more often.

Third, we need to upgrade elements of our rapid-reaction capability, the NATO Response Force, to make them able to deploy even more quickly and deploy at the first sign of trouble, before a conflict erupts. Speed is of the essence to deter sudden threats along NATO’s borders. We also need to pre-position equipment and supplies, so that they can travel light but strike hard if needed. . . .

We continue to urge Russia to make the responsible choice: to pull back its troops, stop using hybrid-warfare tactics, and engage with the international community and the Ukrainian government to find a political solution to the crisis.

But meanwhile we must make the right choices for NATO: to ensure that the alliance remains ready, willing and able to defend our almost one billion citizens. That is our No. 1 job at the Wales summit, and we stand united in our resolve.

Mr. Rasmussen is the secretary-general of NATO. Gen. Breedlove is NATO’s supreme allied commander for Europe and commander of U.S. European Command.