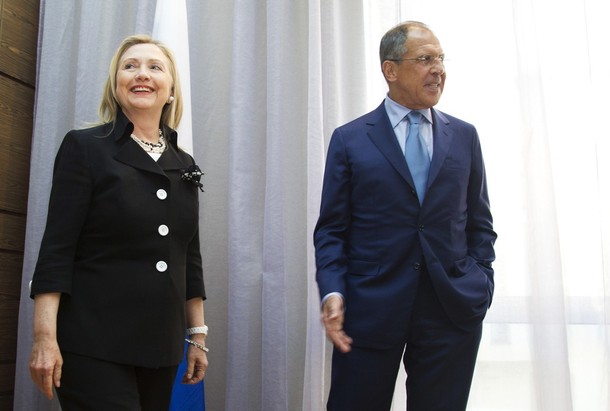 From the Editors of the Washington Post:  [T]he Obama administration’s Syria diplomacy is making it look foolish as well as feckless. U.S. officials, apart perhaps from Ms. Clinton, appear to have no faith in their own policy. Conceding that the plan to appoint a transitional government is going nowhere, while Syrians die by the score every day, they resort to blaming Russia — as if they are shocked to discover that the Kremlin doesn’t want to support a pro-Western, pro-democracy agenda. . . .

The administration does have reason to pretend that Russia is cooperating or can be induced to do so. Were it to acknowledge that that cause is hopeless — and that action at the United Nations is therefore impossible — it might come under pressure to consider other measures. One would be the protection of an rebel safe zone in northern Syria, which could help turn the military tide against the regime. The Turkish government reportedly proposed — again — at a NATO meeting last week that preparations for such a step be made. According to the Hurriyet newspaper, the idea was rejected by the United States, among others.

So which government is preventing effective action on Syria, and which will pay the price? Ms. Clinton’s attempt to pin the blame on Russia looks like a diversion.  (photo: Getty)