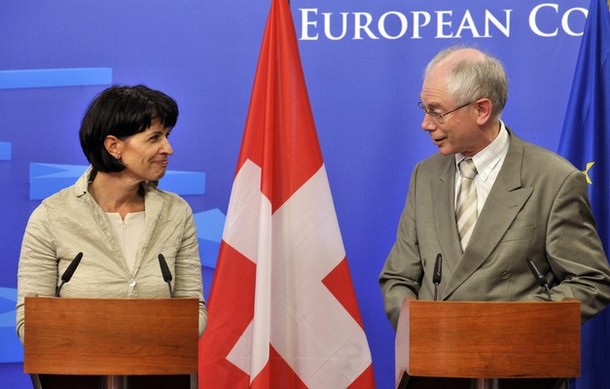 From Kenneth Weisbrode, the Diplomatic Courier:  Calls for the transformation of Europe into something resembling a larger version of Switzerland have grown louder of late. Although European “neutrality” was a periodic Cold War bugbear, it now seems less offensive. Who would object to a prosperous, peaceful, stable and relatively liberal, multilingual polity? …

The reason for that has as much to do with Europe as with the current state of Europe’s three large “extra-European” neighbors: Russia, Turkey, and the United States. All three are European powers, formally speaking. All are also home to frustration over the ways they are depicted by Europeans—feared and courted one day, disparaged the next. All, in other words, are as ambivalent about Europe as Europe is about them and about itself.

The Swiss are to be envied in this respect. Their country represents a successful multiple marriage of convenience which is honored both within its borders and by its more powerful neighbors. As insular as some Swiss can be, it is rare to hear them theorizing over the nature of Swiss-ness or the architecture of the Swiss project. If Europe is to pursue a Swiss model, it will have to do away with such things. Europeans will have to let Europe just be Europe.

That in turn will mean scrapping three visions of Europe that have guided policies for the past several decades: the Atlanticist, the Gaullist, and the Federalist. The Atlanticist vision held that Europe and America form a community of shared values and interests that is, in principle, open to others. The Gaullist vision held that the nation-state, and national sovereignty, remains the essential guarantor of a world order upheld by alliances, of which the Franco-German and the North Atlantic are just two. The Federalist, or (Jean) Monnet, model was of a relatively closed supranational entity that fosters a united community within its borders, and alliances (or “partnerships,” as it sometimes opted to call them) beyond. Top of the list is the one with America.

In visual terms, the Atlanticist vision was a series of ever-widening concentric circles; the Gaullist vision was a kind of planetary system; and the Federalist vision was some combination of the two (in the 1960s a version of it was called “dumbellism”). The three visions were not necessarily mutually exclusive, although they tended to rub against one another uneasily.

Kenneth Weisbrode is a diplomatic historian and author of The Atlantic Century (Da Capo).  (photo: Getty)