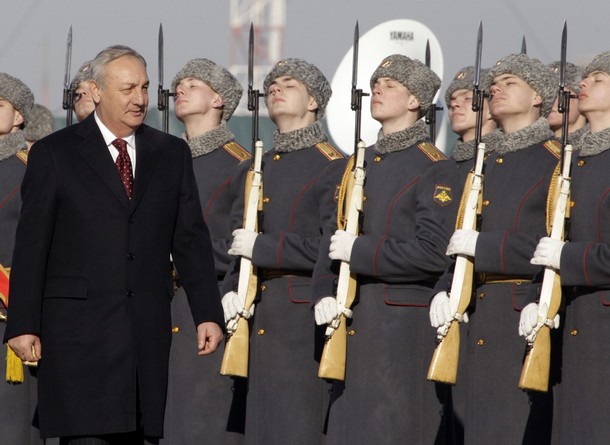 From RIA Novosti: Abkhazian authorities will not allow any international monitors into the republic as there is no need for it, the former Georgian republic’s president said on Thursday.

"We are not going to let any international monitors in here – not the EU or UN missions of military observers," Sergei Bagapsh said adding that "observers are needed over there, where the aggression has been coming from," referring specifically to Georgia. …

Under a deal signed by the French and Russian leaders in September 2008, following the Russia-Georgia war, the EU was to deploy 200 monitors in Georgia. However, their mandate became a source of dispute after Russia recognized Georgia’s breakaway republics – Abkhazia and South Ossetia – as independent states.
Abkhazia has been repeatedly against admitting EU monitors due to the EU’s refusal to recognize it as an independent country.  (photo: Reuters)