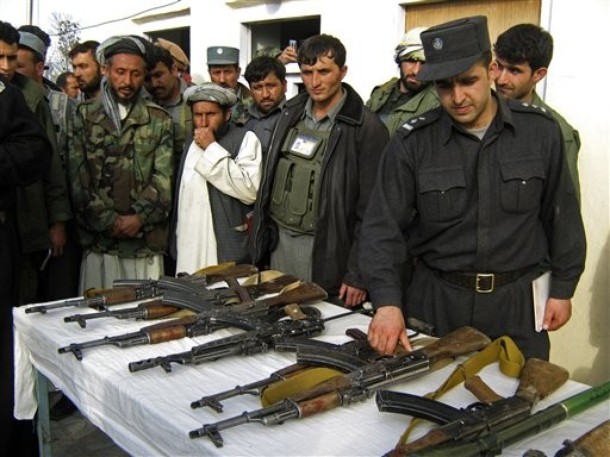 From Reuters:  A militant Afghan group is supplying intelligence on the Taliban to government and foreign troops leading to the capture or death of several commanders in the north, senior officials have said.

In what could signal a split within the insurgency, Hezb-i-Islami fighters have been tipping off U.S. and Afghan forces over the past few months, revealing locations of key Taliban figures in Baghlan and Kunduz provinces, said General Murad Ali Murad, commander of Afghan troops in the north.

"We get intelligence on the Taliban’s whereabouts and movements, especially their commanders, from members of Hezb-i-Islami," Murad told Reuters in a telephone interview. …

Hezb-i-Islami, led by the veteran anti-Soviet guerrilla commander Gulbuddin Hekmatyar, is one of three major insurgent groups fighting government and foreign forces in Afghanistan, mainly in the east and pockets of the north.

The other two, both seen by NATO as bigger threats, are the Taliban, with strongholds in the south, and the Haqqani network, based mainly in the southeast.

While Hezb-i-Islami shares some of the aims of the Taliban, it has largely led a separate insurgency. Earlier this year, Taliban fighters pushed into Hezb-i-Islami strongholds in the north, leading to clashes between the two groups. …

On May 14, Mullah Ruhullah, the Taliban shadow governor for Baghlan, and his deputy were killed by Afghan and foreign forces. Mawlawi Jabbar, his replacement, was killed with two Taliban commanders in a U.S. air strike only two weeks later.

Three days after Jabbar was killed, his successor was captured by Afghan and U.S. forces as he prepared to leave for Pakistan, NATO said. Then on June 21, the recently appointed Taliban chief of finance for Baghlan was captured while visiting southern Helmand.

Several Taliban commanders, including the deputy shadow governor of Kunduz and a shadow district governor, have also been killed in the last three months, NATO has said.  (photo: AP)