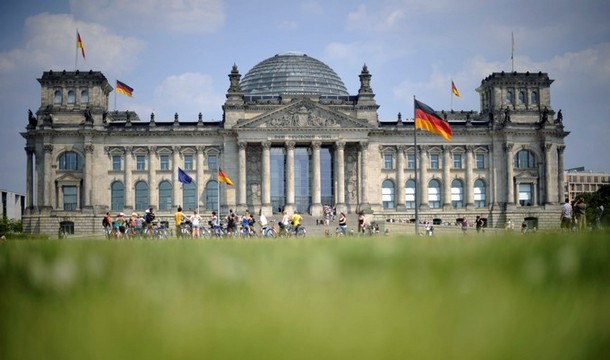 From Deutsche Welle:  The German parliament marked its last day before the summer break on Friday with a heated debate on NATO’s Afghanistan mission, as Foreign Minister Guido Westerwelle‘s comments sparked outrage in the opposition.

A promise from German Foreign Minister Guido Westerwelle, that planned cuts in the defense budget would not affect the military mission in Afghanistan, sparked some outrage in the opposition during a stormy debate in the Bundestag, Germany’s parliament on Friday.

But Westerwelle’s message was unequivocal: The military presence was vital and would continue. "The German Afghanistan mission is not popular, but is, as it has always been, necessary to our own interests," he said. "Our fellow countrymen are performing their duties in Afghanistan so that we here can live safely, and we must thank them for that."

Westerwelle, along with other NATO foreign ministers, is attending an Afghanistan conference in Kabul on July 20. The fact that this was the first such conference to take place in Afghanistan was a sign, he said, that the West is steadily handing over responsibility to the Afghan people.

Since the last Afghanistan conference in London in January, Westerwelle claimed Germany had significantly increased its civilian aid to the Afghan people. "Germany’s civilian aid for the people in Afghanistan has nearly doubled," he told the parliamentarians. "Since the beginning of the year, we have also nearly doubled the number of our police instructors on the ground."  (photo: Getty)