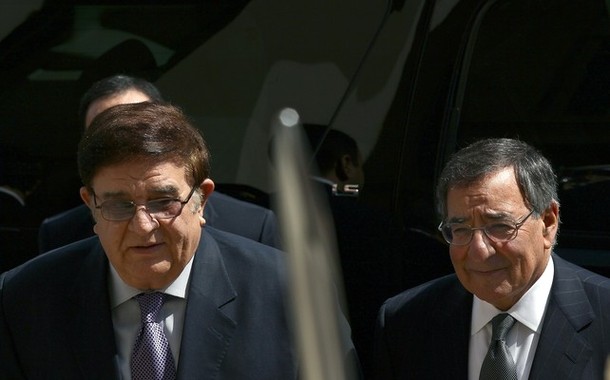 From Thom Shanker and Alissa J. Rubin, the New York Times:  Afghanistan’s defense minister said Tuesday that his government and the international coalition paying for the war effort had agreed in principle that Afghan security forces would undergo a significant reduction to about 230,000 personnel after the NATO mission ends in 2014.

Under current plans, Afghan security forces are to reach a peak of 352,000 by late this year. Afghan and alliance officials agree that it would be unwise to begin reducing that number before the end of 2014, because in the coming months the number of foreign forces will be reduced and Afghans will be taking over the leading role in defending their nation. . . .

As NATO presidents and prime ministers prepare to meet next month in Chicago, a central question is how large an Afghan security force the international alliance will agree to continue financing.

Almost all the money for the Afghan forces — including the cost of salaries, equipment and training — is now provided by foreign governments. The costs are topping $7 billion a year, although that number is a bit deceptive because it includes one-time purchases for sophisticated equipment like armored vehicles, helicopters and communications equipment.

American and other alliance officials acknowledge that the amount of money available for the Afghan security forces beyond 2014 is expected to drop to about $4.1 billion per year, a reality that would require a reduction in the size of Afghanistan’s army and police force.

“If something is unsustainable, either you have to find the resources to sustain it or you have to reduce the size of the project," said a senior Western official in Kabul. “They are still embarked on a project whose dimensions are too ambitious.”

American and alliance officials have said that a tentative division of costs under discussion would call for the United States to contribute $2.3 billion to $2.7 billion annually, with the Afghan government contributing $500 million and donations from allies covering the rest.  (photo: Getty)