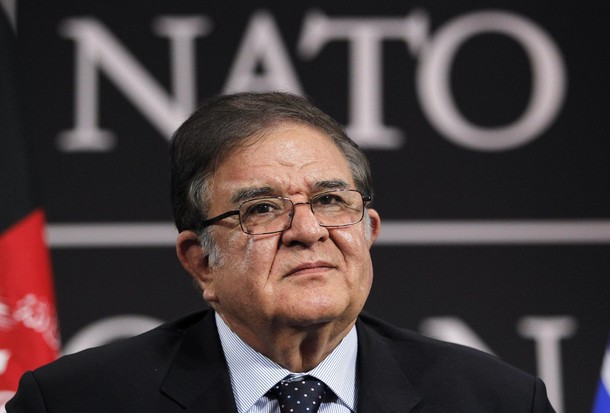 From Reuters:  Afghanistan and the United States reached a deal on Sunday to curb night raids on Afghan homes, giving Kabul a veto over the operations despised by most local people and clearing the way for a wider pact securing a U.S. presence. . . .

The deal, which has taken months of negotiation, was signed by Afghan Defense Minister General Abdul Rahim Wardak and NATO’s top commander in the country, U.S. Marine General John Allen.

Under the agreement, Afghan authorities will have control over prisoners taken in night raids and decide whether to allow U.S. interrogators access to detainees.

An Afghan judge would also have to grant a warrant approving operations, although the document said Afghan authorities would have to set up judicial processes "capable of issuing timely and operationally secure judicial authorizations. . . . ."

U.S. troops will continue to take part in operations, but a new elite force of Afghan special operations commandos will lead raids with American forces along to give advice and support.

"From now on all night raids will be conducted by the Afghan national army, police and intelligence in close coordination with Afghan judicial bodies," Afghan Defense Minister Wardak told a news conference. . . .

Only Afghan forces, the document said, would be able to search residential homes or compounds, while Afghan police and soldiers would have to protect women and children, as well as culturally sensitive places.

A joint U.S.-Afghan committee will decide which raids to carry out and an Afghan judge must then review its recommendation and decide whether to issue a warrant.  (photo: Reuters)