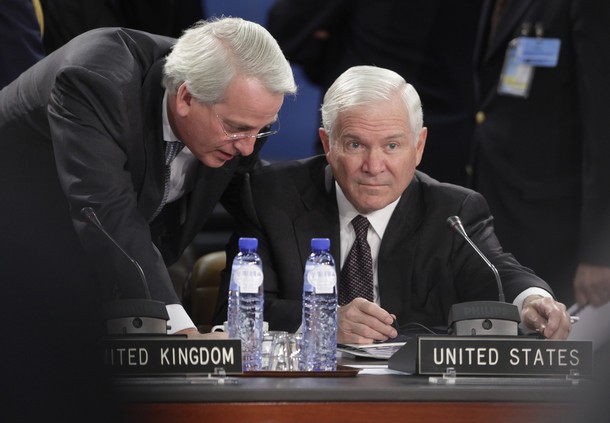 From Phil Stewart, Reuters: U.S. Defence Secretary Robert Gates said ahead of talks with NATO allies Thursday that he was concerned by defence spending cuts in Europe that threatened to put more pressure on an increasingly stretched U.S. military.

European countries hit by the financial crisis are poised to make big cuts in defence budgets.

Key U.S. ally Britain is expected to slash 10 percent from its 36.9 billion pounds budget, while experts at Germany’s Defence Ministry have listed potential savings of more than 9.3 billion euros (8.2 pounds).

"It is a concern," Gates told reporters on a flight to Brussels. "My worry is that the more our allies cut their capabilities, the more people will look to the United States to cover whatever gaps are created."

"And at a time when we’re facing stringencies of our own, that’s a concern for me."  (photo: Getty)