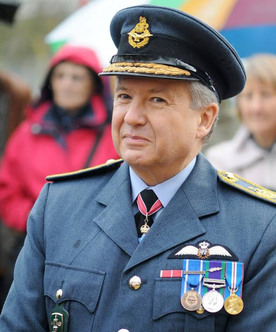 From NATO:  [T]he Chiefs of Defence of the 28 NATO nations elected Air Marshal Sir Christopher Harper of the United Kingdom as the new Director General of the International Military Staff (DGIMS) at NATO Headquarters. The DGIMS is elected among his peers, the NATO Military Representatives, to head the Alliance’s International Military Staff, for a term of 3 years. Air Marshal Sir Christopher Harper will assume his new function in summer 2013.

The International Military Staff (IMS) is the executive body of the Military Committee, NATO’s senior military authority. It is responsible for preparing the assessments, evaluations and reports on all NATO military matters, which form the basis of discussion and decisions in the Military Committee (MC). The IMS also ensures that decisions and policies on military matters taken by the North Atlantic Council (NAC) and the MC are implemented by the appropriate NATO military bodies.

The IMS comprises some 450 military personnel supported by approximately 90 civilian personnel. It is headed by the Director General and divided into five functional divisions and several branches and support offices. It is able to move swiftly and smoothly into a 24 hours a day, seven days a week crisis mode for a limited period of time without additional personnel