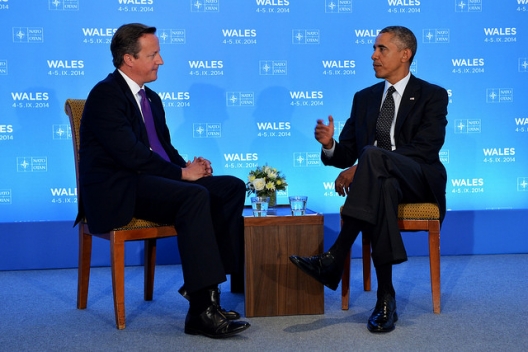 Its military reach has diminished. It has played little role in confronting Russia over Ukraine and strictly limited its response to crises in the Middle East and Africa. Its future in Europe is in question, and a recent snub of the Obama administration over China made clear that its alliance with the United States is no longer as central to either nation as it once was.

As Britain heads toward a general election on May 7, issues closer to home are at the top of the agenda. But the nation’s reduced involvement — and seeming loss of stature — on the global stage has become part of the political debate, echoing growing concern in foreign policy circles that Britain has ceded its longstanding reputation for “punching above its weight” and being Washington’s go-to ally.

“We’ve found ourselves not taking part in the biggest European crisis since the end of World War II; we’ve taken our distance under this government from Europe; and there has been a weakening of the trans-Atlantic component,” said a former senior British ambassador, asking to remain anonymous to avoid offending his current clients.

“Foreign policy has not been a priority, and both traditional pillars, Europe and the United States, are weaker,” the diplomat said. “And it’s difficult to say it won’t have some lasting effect, especially coupled with what is arguably our fastest disarming since the 1930s.”

The government has focused “on soft power, development aid and trade, but those are not substitutes for a strategic view of the world,” he said….

There are two central questions, said Derek Chollet, a former United States assistant secretary of defense who is now at the German Marshall Fund of the United States:

“As the U.K. conceives its role in the world, how big a part does it still want to play in solving problems in cooperation with the United States?” he said. “And then there is the question of capabilities — if it continues to hollow them out, it won’t be able to do that. So it’s a double whammy.”

For Mr. [Ivo] Daalder, now president of the Chicago Council on Global Affairs, “this is not a momentary blip, but a trend. A country that for decades punched well above its weight is not at its weight, or even below it. From World War II, Britain was our most important military ally. It was our ally in the Europe Union. And militarily, we assumed whatever we got involved in, Britain would be there.”

Now, Mr. Daalder said, “all that has changed….”

Now, Mr. Chollet said, “other countries are filling the vacuum.” Britain has “not been asserting its more traditional leadership role on the big questions of security. On Ukraine, it’s Germany, and on the Mideast and Africa, it’s increasingly France that we look to….”

Britain remains deeply aware that “as a permanent member of the Security Council we need to act from time to time,” he [former UK ambassador to Washington Christopher Meyer] said. “And the Russian bear flying up and down our coast has raised NATO from the dead, and it will impinge in British consciousness, too.”

The French are also concerned, said Camille Grand, director of the Foundation for Strategic Research in Paris. “We in Paris understand that Germany is a complicated partner on defense, but the assumption is that Britain is a like-minded country ready to intervene, would spend enough on defense and remain a nuclear weapons state,” he said. “All this is being challenged, and it makes Paris feel lonely.”