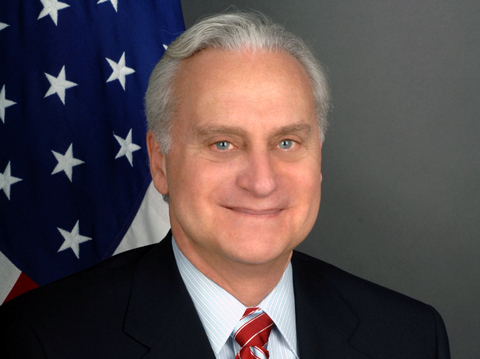 From Today’s Zaman: The United States is very concerned about a missile deal between Turkey and China, US Ambassador to Turkey Francis Ricciardone has said.

Speaking at the Diplomacy Correspondents Association meeting on Wednesday, the US ambassador said: “There is no secret at all. We are very concerned about the missile deal between Turkey and China.” Ricciardone said he understands the deal is a “commercial decision” and it is in Turkey’s sovereign right but that the US shares the same concerns with NATO and is concerned about what it means for allied air defense.

“We will have very respectful conversations as friends with the Turkish government. We are concerned, but Turkey will make it’s own decision,” he added.

Turkey, a member of the NATO military alliance, announced in September it had chosen the FD-2000 missile defense system from China Precision Machinery Import and Export Corp (CPMIEC) over rival systems from Russian, US and European firms.

CPMIEC is under US sanctions for violations of the Iran, North Korea and Syria Nonproliferation Act.

Turkey has said it is likely to sign the $3.4 billion missile defense deal with CPMIEC but that its decision is not yet final. Some defense analysts had expected the contract to go to US company Raytheon Co or the Franco-Italian Eurosam SAMP/T.

Diplomats say buying a system that does not work with NATO systems would hamper the ability of NATO allies to work together, undermining a principle of the 28-nation alliance.

From Hurriyet Daily News:  As conveyed through remarks by Ricciardone, the White House’s position over Ankara’s prospective deal with China is quite clear-cut. Such deal will have an impact on decades-long bilateral defense cooperation between the two longstanding NATO allies, since Turkish companies involved will be subject to U.S. sanctions.

“We are very concerned about the prospective deal with the sanctioned Chinese firm. Yes this is a commercial decision, it is Turkey’s sovereign right, but we are concerned about what it means for the allied air defense,” Ricciardone told reporters, as he underlined that the issue is now “a strategic mutual defense question.”