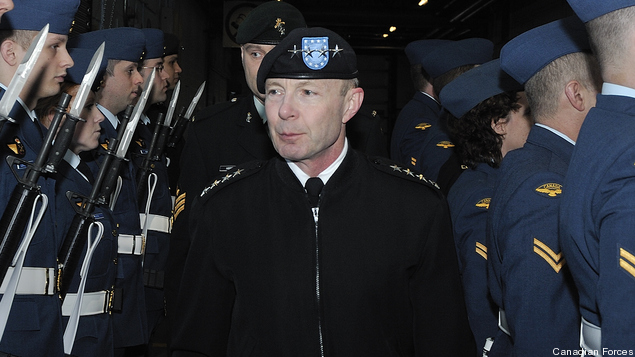 From Robbin Laird and Ed Timperlake, AOL Defense:  The opening of the Arctic changes the global dynamic in three main ways :

First, new transportation routes already are opening up and over time, direct routes between the Atlantic and the Pacific will be possible. The Northern Sea Route along the arctic coast of Russia eventually will reduce a maritime journey between East Asia and Western Europe from 21,000 km using the Suez Canal to 12,800 km, cutting transit time by 10-15 days. Northern Europe in particular will take on an increasingly important role as it becomes connected with the Pacific in a new way.

Second, Russia in Asia and Russia in Europe become connected, upending the naval balance in the Pacific. With the Northern Sea Route, Moscow’s Pacific fleet can easily reinforce those in the Atlantic and vice versa, overcoming the two-front problem that has bedeviled Russian strategy as far back as its devastating defeat in the Tsushima Straits back in 1905.

Third, there are significant resources at stake: oil, gas and rare earth minerals, to name a few. The Arctic Five — Russia, the US, Canada, Norway and Denmark — are the major claimants to the known resources. But others are eagerly involved in staking claims to what is not claimed and pouching on what is.

Most ominiously, an increasingly assertive China has clearly marked the Arctic as a domain of strategic significance by their land grab for rare earth minerals in Greenland, their building of new icebreakers, and their focus on the strategic impact of the new transportation routes for commercial and military purposes.

For Gen. [Charles] Jacoby [Commander of NORAD and US Northern Command], the key to success is having a clear idea about the way ahead and investing in key capabilities. In addition, working closely with allies, above all the Canadians, is crucial to Arctic security that is both effective and cost-effective.

First, he said, we need to identify what we’re missing that is needed to meet the requirements for Arctic security and defense.

"Earlier this year, [U.S. Coast Guard Commandant] Admiral Papp and I identified four key capability gaps in the Arctic. Those are communications, domain awareness, infrastructure and presence," Jacoby told me. "We need to focus our investments in enhancing capabilities in each of those areas over time."

Second, because of the difficulty building up infrastructure in the region, there is a need to have a coordinated inter-governmental approach, including the state of Alaska, to build out infrastructure over time.

"We simply cannot afford to have unnecessarily redundant facilities in the Arctic region. The different stakeholders need to work together to share in building these capabilities. We need an inclusive approach to this challenge, and in this case, an opportunity as well," the general said. "We are using our exercise programs to explore those capabilities gaps and look for high-payoff investments that we can make. We are working with our components, especially the Navy and Air Force, to help build to those capabilities. And because we are taking an allied and whole-of-government approach, capabilities can be leveraged not just from the services, but from other agencies, from the commercial sector, or from allies like Canada. . . ."

Third, the infrastructure required will need a mix of land-based, sea-based, and even space-based assets.  (photo: Lucas Jackson/Reuters)