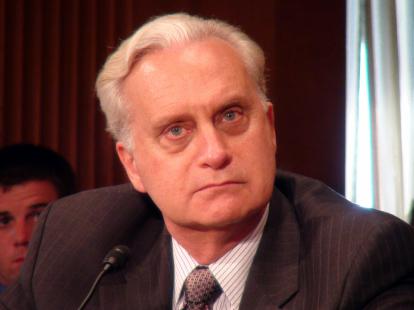 From Craig Whitlock, Washington Post:  The U.S. government is intensifying its intelligence sharing and military consultations with Turkey behind the scenes as both countries confront the possibility that Syria’s civil conflict could escalate into a regional war, according to U.S. and NATO officials.

The Obama administration has said it wants to avoid getting drawn militarily into Syria and for months has resisted pressure from Arab allies and some Republicans to back Syria’s rebel groups more forcefully.

But as Syria’s internal conflict has increasingly spilled across its northern border into Turkey, the U.S. government has stepped up cooperation with its key NATO ally. In recent weeks, military officials from both countries have met to make contingency plans to impose no-fly zones over Syrian territory or seize Syria’s stockpiles of chemical and biological weapons, U.S. officials said.

U.S. intelligence agencies were also the source of a tip that led the Turkish military to intercept and ground a Syrian passenger plane en route from Moscow to Damascus last week on suspicions that it was carrying Russian-made military hardware, according to U.S. officials.

The Syrian plane was carrying “radar and electrical parts for Syria’s Russian-made antiaircraft systems,” one U.S. official said, speaking on the condition of anonymity to discuss details of the sensitive operation. Syria has relied on Russia for decades to help build its radar and antiaircraft defenses, among the most extensive in the Middle East. . . .

“I can certainly assure you that our militaries, our military officers, are in contact,” Francis J. Ricciardone Jr., the U.S. ambassador to Turkey, told journalists in Ankara on Tuesday. “This week I know there is a special focus of our military experts talking about Syria. And what militaries do well is plan for every contingency and every eventuality.”

Ricciardone said “no political decision has been made” regarding whether to support or impose a no-fly zone in Syrian territory to protect civilians or opponents of the government of Bashar al-Assad in Damascus, but he acknowledged that U.S., Turkish and NATO officials were discussing options. . . .

Ricciardone did not provide details about the recent U.S.-Turkish military talks regarding Syria. But his comments came after Adm. James Stavridis, the chief of the U.S. European Command and the Supreme Allied Commander of NATO military forces, visited Ankara and Izmir in early October. . . .

For now, Turkey primarily wants statements of public support from NATO and reassurances that the alliance would come to its aid if necessary, said Ross Wilson, a former U.S. ambassador to Turkey who now serves as director of the Dinu Patriciu Eurasia Center at the Atlantic Council in Washington.

“A big part of what they’re looking for is that I’d call political support as opposed to NATO sending in fighter squadrons or thousands of troops,” Wilson said. But he added that Turkey also wants the U.S. and NATO to demonstrate willingness to update military preparations and planning in case events along the Syrian border quickly spiral out of control.

“In their eyes, there’s a whole bunch of scenarios that could result in outside involvement, but they don’t see anybody talking about it as much as they’d like,” Wilson said.  (photo: AA/Hurriyet)