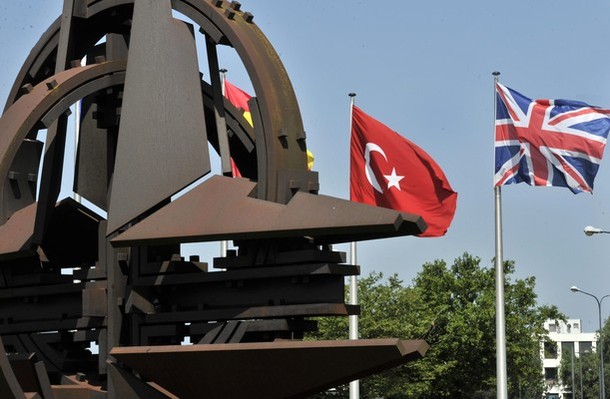 From the Editors of the Independent:  When the Syrians shot down a Turkish military jet at the weekend, Turkey’s government responded with commendable moderation. But the temperature rose yesterday when the country’s Deputy Prime Minister, Bulent Arinc, revealed that Syria had gone on to fire on a plane sent to look for the missing pilots and described this as "a hostile act of the highest order". Turkey is now threatening a military response against any Syrian forces approaching the long border between the two countries and has revised its military rules of engagement. . . .

But just as significantly Turkey is a member of Nato. Ankara has approached the alliance now under Article 4 of the Nato Treaty which allows any member state to demand a Nato meeting if it believes its "territorial integrity, political independence or security" is threatened. . . .

Referring the issue to Nato is a double-edged sword for Turkey. It summons the power of the alliance, but it also binds Ankara to take the advice of Nato members among whom there is still no appetite for military intervention in Syria. Nato works by consensus and all members must approve any action. Yet Turkey has pointedly refrained from invoking Article 5 of the Treaty by which an attack on one member is considered an attack on all.

What this means is that, for all the tough talk of Turkish politicians, its government is limiting its response as yet to a diplomatic rather than a military one. . . .

But if the prospect of Western military intervention in Syria remains remote, what this episode highlights is the way the Syrian crisis is heightening existing volatility. Yesterday there were reports of fighting in the suburbs of Damascus where part of Syria’s formidable chemical weapons arsenal is believed to be stored. Both Israel and the US have said privately they would be forced to act if these facilities became insecure. As the bloodshed grows, and the Assad regime becomes more desperate, so the risk mounts that some unforeseen event might ignite a broader conflagration.  (photo: NATO)