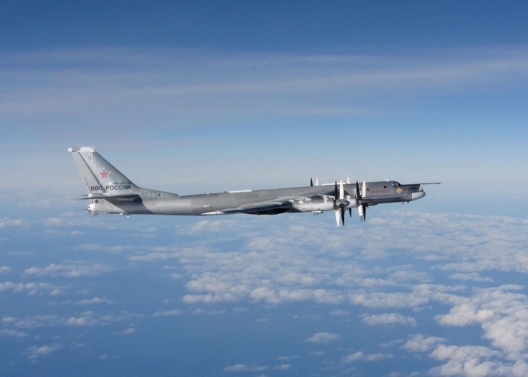 Last week, jets from six NATO air forces intercepted 19 Russian military aircraft in just one day. From the North Atlantic to the Baltic Sea, and down to the Black Sea, Russian fighters and bombers are probing NATO airspace in larger numbers than ever before. Although President Obama and many others cling to the idea that we are not in a new Cold War, the escalation of Russian military activity demands a strategic reset of U.S. and European defense budgets that are dependent on outdated assumptions about relations with Russia. . . .

The U.S. defense budget submitted to Congress for next year includes additional military cuts, and specifically calls for removing more U.S. troops from Europe. EUCOM (U.S. European Command) commander Gen. Philip Breedlove has asked for the planned reduction of U.S. forces from Europe to be stopped and reassessed due to the new threat from Russia. Unfortunately, even eight months after Russia seized Crimea and began redrawing the borders of Europe, the Pentagon still has not decided to revise the defense budget and stop the withdrawal of U.S. forces from Europe.

Obama has promised military aid to the region through his European Reassurance Initiative (ERI). While this is a step in the right direction and deserves congressional approval, the ERI only provides funding for one to two years. It is, at best, only a message of temporary commitment. Updating our defense budget to reflect the new threat from Russia will show that our commitment will last beyond special contingency funds.

Thus, in the face of more frequent and larger military provocations from Russia, it is time for the White House and Congress to revise the defense budget and fund the necessary force levels in Europe. This will send a strong message of reassurance to our allies and of deterrence to Putin.

Benitez is the director of NATOSource and a senior fellow at the Atlantic Council.