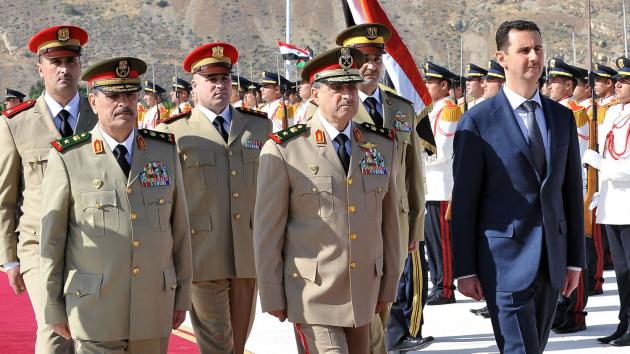 From Albert Aji, the AP:  President Bashar Assad on Tuesday reshuffled the generals at the core of his regime’s highly secretive security apparatus after last week’s bombing that killed four top officials charged with fighting the tenacious rebellion rocking the country, an official said. . . .

Maj. Gen. Abdel Fattah Qudsiyeh, the former head of Military Intelligence, was named the council’s deputy chief, replacing a general who was apparently fired. The EU has imposed sanctions on Qudsiyeh for his role in the crackdown on the uprising.